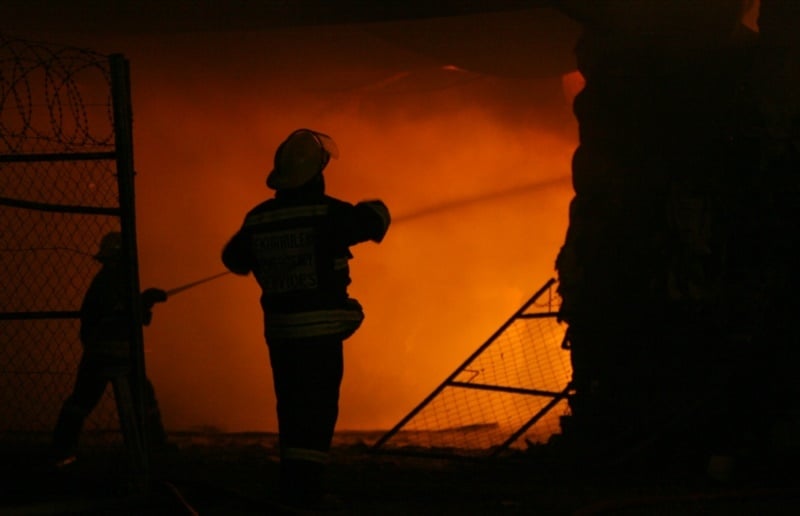 Two people burnt to death after a fire broke out at the Marikana informal settlement, in Philippi, in the early hours of Friday morning.

Jermaine Carelse, spokesperson for the City's Fire and Rescue Service, said a man and a woman were burnt "beyond recognition".

"Just after midnight, we were alerted to informal structures that were set alight in the Marikana informal settlement," said Carelse.

Fire crews from Ottery, Mitchells Plain and Lansdowne were dispatched to the scene. They found several structures burning, with community members reporting that not everyone had been accounted for.

The fire was extinguished just after 03:00 and the scene was handed over to the South African Police Service.

Police spokesperson Captain FC van Wyk confirmed that an inquest case had been opened after the body of a 33-year-old man and his girlfriend were found in one of the shacks.

"Circumstances surrounding the cause of the fire is still being established, but at this stage no foul play is suspected," Van Wyk said.

Community member Analiswa Gedult, 45, said when she woke up to the smell of the fire, she immediately called her brothers to assisting in extinguishing the blaze.

"It really wasn't a nice sight to see how the people were running from their shacks in their pyjamas, holding on to the little things they managed to grab when running out the house," she said.

Gedult said that, even though she stays a few roads away from the settlement, she offered her home to some of the people who needed a place to sleep for the night.

"Most of the people called their family members or some went to sleep at other nearby shelters," she said.

Meanwhile, in Macassar, residents were dubbed "local heroes" after they rescued a family and a baby from a fire which broke out in their home on Thursday morning.

"An emergency call was received at 07:58 Thursday morning of a dwelling alight in Bermuda Street. The caller stated that an infant could be trapped inside the structure," said Carelse.

Carelse said no injuries or fatalities were reported, and the fire was extinguished at 08:32.

"I would like to make use of this opportunity to honour and thank the brave and selfless individuals, who risked their lives this morning [Thursday] to help extinguish a fire and also helped to evacuate a family from a burning house," Helfrich said.

According to eyewitnesses, 11 teachers and staff of the False Bay Primary School and various community members rushed towards the burning house to extinguish the fire.

The teachers and staff managed to grab 14 fire extinguishers from the school and controlled the fire as they waited for the City of Cape Town Fire Service to arrive.

"Neighbours also jumped in and made use of a garden hose to douse the fire. The teachers, staff and community members managed to enter the building and evacuate the family and their baby," Helfrich said.

Super start to the weekend for 3 Daily Lotto players!
Full list of lottery results
Lockdown For
DAYS
HRS
MINS
Voting Booth
Matric results are out! Are you happy with your child's result?
Please select an option Oops! Something went wrong, please try again later.
No, the pandemic really messed up their ability to focus
34% - 102 votes
Yes, they did well given the circumstances
66% - 199 votes
Previous Results
Podcasts
LISTEN | The Inge Lotz Story - a miscarriage of justice