Court to rule if man, 87, can be held liable for wife's murder after being declared unfit for trial 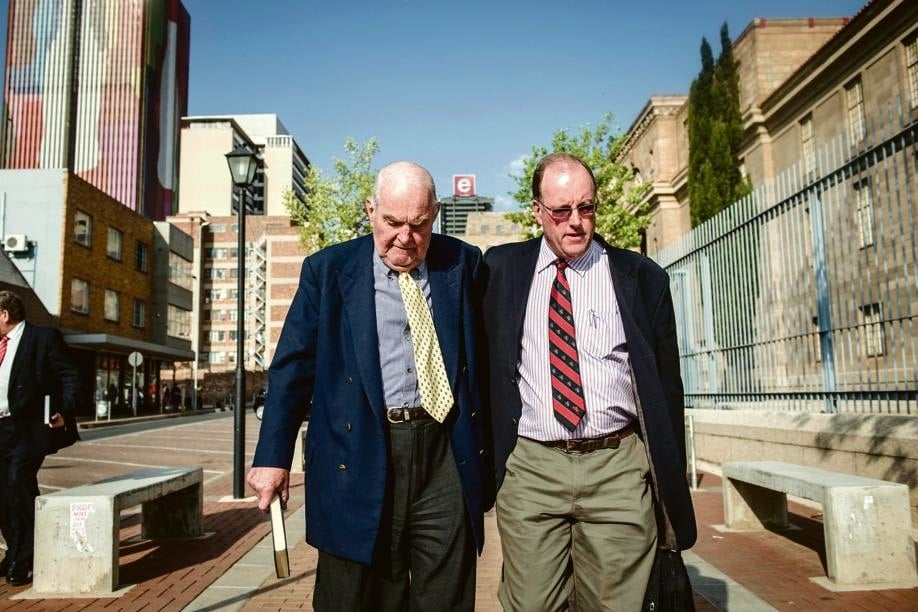 Can a man declared unfit to stand trial for the alleged murder of his wife still be found liable for her death?

This is the tough decision that the Gauteng High Court in Johannesburg must come to in the case against Dieter Bergs.

Bergs is accused of killing his wife, Genée Bergs, in their home eight years ago. At the time, Bergs claimed that an intruder had killed his wife after gaining entry to the home through a sliding door.

During the attack, Bergs suffered a minor injury to the leg when he was allegedly shot at. No items were stolen from the house.

At the time of the incident, he didn't tell the police that he owned firearms. The firearms were discovered by family members a few days after the incident while clearing out a closet. He claimed that he had forgotten about the firearms.

A few weeks later, the gardener found a third firearm buried in the garden. In a statement, Bergs said he had borrowed the firearm from a friend.

He was first arrested a few months after the murder. The murder charge was dropped a year later after a ballistic report presented in the case was discredited.

In August 2016, Genée's daughter lodged a formal complaint with the Gauteng police commissioner and the National Prosecuting Authority (NPA).

This led to an inquest at the Gauteng High Court in Johannesburg in 2017. The court concluded that Bergs should be charged for the crime.

Just before his trial started early this year, he was found unfit to stand trial. This was backed up by a psychiatric report from Sterkfontein Psychiatric Hospital.

The court now has to, on the balance of probabilities, determine whether he is guilty of the crimes in terms of Section 77 of the Criminal Procedure Act.

If found guilty, prosecutor, advocate Michelle Bayat, said they wanted Dieter to be admitted to a frail care facility under supervision.

Dieter, wearing a gown, attended the court case via a Teams link from Cape Town as he couldn't travel because of his medical condition. He was assisted by his son, Peter, who said he was relaying the court proceedings to him.

His hearing isn't good. I have to relay everything to him, my lord. I am sitting next to him.

Bayat told the court that Dieter had financial problems and a motive to kill his wife.

"The accused relied heavily on the deceased financially. There was talk of the deceased having an investment that was supposed to mature on her 70th birthday. The proceeds of that policy were only going to be paid a day after she was murdered," Bayat said.

The policy was worth R4 million, but the State failed to trace the policy and who it was paid out to.

Dieter is also accused of forging his wife's signature and transferring her shares to himself.

Here are the Daily Lotto numbers
Full list of lottery results
Voting Booth
Are you going to keep wearing a mask following the announcement that it is no longer required under law?
Please select an option Oops! Something went wrong, please try again later.
No ways, I'm done
41% - 3020 votes
Yes, I still want to be cautious
22% - 1593 votes
Only certain circumstances
37% - 2732 votes
Previous Results
Podcasts
PODCAST | The Story: Flashing cash - Tracking Ramaphosa's 'robber' and his spending spree