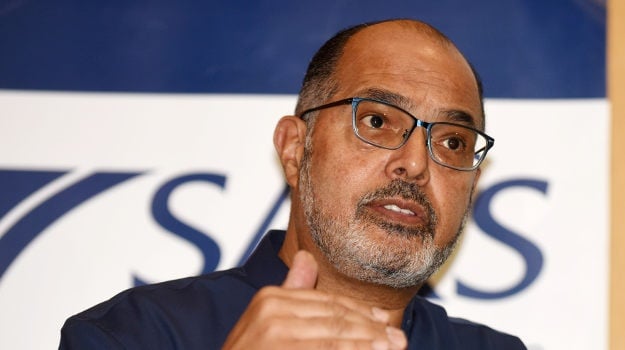 On Friday, Scopa was briefed on the inter-ministerial committee (IMC) appointed to deal with Covid-19 related corruption, and allowed short briefings by the heads of law enforcement agencies, like SARS.

Kieswetter said SARS is going to do "significant work" in this regard. He said they are looking into 370 cases, which led to revenue losses of R300 million.

SARS is also investigating 139 companies for possible tax evasion – which includes not declaring income from personal protective equipment (PPE) sales, meaning that they tried to cheat the very same government whose money they took.

Among their cases is one of a 30-year-old, who received a PPE contract worth R125 million.

Some of the companies, who were awarded PPE contracts, were registered as car washes, pubs, bakeries and property agents.

The meeting got off on a slightly false note, when it was revealed only half of the ministers serving on the IMC were in attendance, despite the date for the meeting having been proposed by the IMC's convenor, Justice and Correctional Services Minister Ronald Lamola.

"It needs to be understood by the country that these investigations are a priority," she said.

Committee chairperson IFP MP Mkhuleko Hlengwa said it isn't a crisis; this is only the start of their work with the IMC.

"The executive can't perform oversight over the executive. It is the role of Parliament."

The ministers on the IMC not in attendance were Finance Minister Tito Mboweni, Cooperative Governance and Traditional Affairs Minister Nkosazana Dlamini-Zuma - who both were at a budgeting meeting - and Minister in the Presidency Jackson Mthembu.

The three ministers who were present – Lamola, Police Minister Bheki Cele and Public Service and Administration Minister Senzo Mchunu – were all at pains to point out that the IMC will not usurp the investigations of law enforcement agencies.

"There is a lot of worries of people thinking we're going to be kicking doors, opening windows," Mchunu said.

"In case there is somebody who thinks we are investigating ourselves, this is not the case."

He said theirs is a coordinating role.

According to Lamola's presentation to Scopa, the IMC has the following mandate:

Lamola said their role is to empower everyone who wants to hold the government to account.

"Even journalists," he added.

According to the acting director-general of the Department of Justice and Constitutional Development, Kalayvani Pillay, the national departments who haven't as yet provided their Covid-19 procurement information to the IMC are the National School of Government and the Departments of Communication, Human Settlements, Mineral Resources and Water and Sanitation.

"We want to see them in orange overalls," he said of the looters.

We live in a world where facts and fiction get blurred
In times of uncertainty you need journalism you can trust. For only R75 per month, you have access to a world of in-depth analyses, investigative journalism, top opinions and a range of features. Journalism strengthens democracy. Invest in the future today.
Subscribe to News24
Related Links
Hawks arrest top Nelson Mandela Bay official, businesswoman for alleged tender corruption
This is how the SIU is investigating Covid-19 corruption
Government has taken 'decisive action' against Covid-19 corruption, Ramaphosa claims
Next on News24
LIVE | SA records 1 564 355 Covid-19 cases and 53 663 deaths