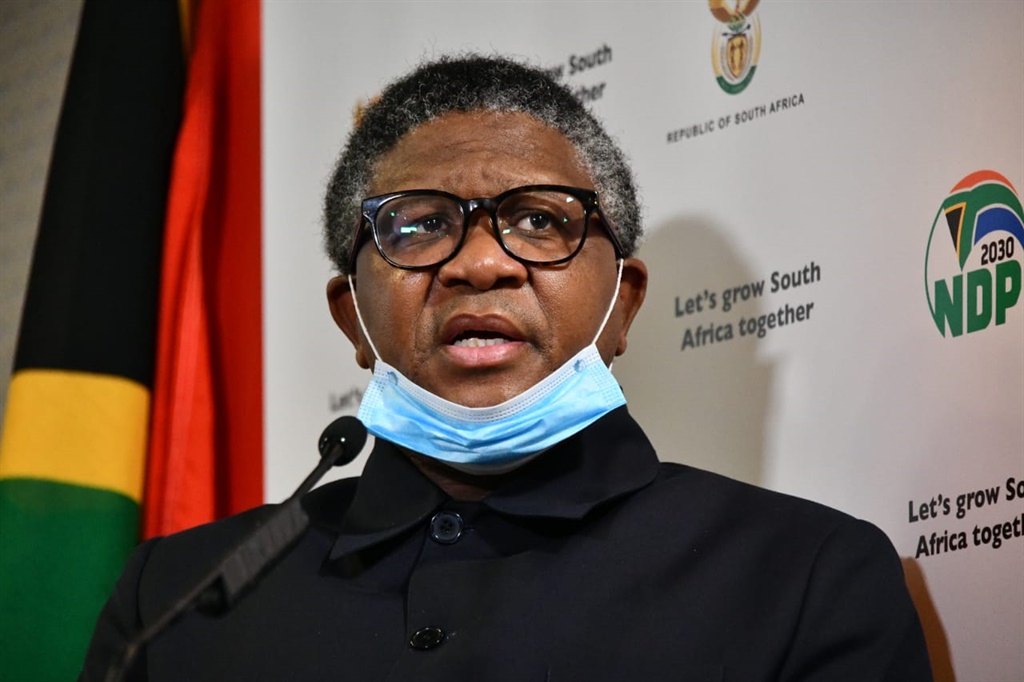 Transport Minister Fikile Mbalula says it is unfortunate and regrettable that taxi operators have decided to violate Covid-19 lockdown regulations, after they announced that they will fill their taxis to 100% capacity and up inter-provincial travelling as of Monday.

The South African National Taxi Council (Santaco) and the National Taxi Alliance (NTA) made the announcement on Sunday afternoon during separate virtual briefings, saying government was not taking the industry seriously and that they had decided to take the "the bull by its horns".

The organisations said Mbalula had cancelled engagements with them again and again.

In a statement on Sunday evening, Mbalula said he had in fact engaged with the industry leaders last week and had committed to giving them an update, but had to reschedule due to "unforeseen circumstances".

"It is rather unfortunate and regrettable that the taxi industry leadership has elected to violate the law and forcefully load taxis at 100% capacity and undertake inter-provincial operations without the requisite permits, rather than await a decision on the matters they have tabled," he said.

They said they could no longer wait for the minister and were not happy that airlines were allowed to fill planes and travel inter-provincially, while they were not.

Mbalula said the government had a responsibility to ensure that measures were in place to curb the spread of the virus.

"It is on that basis that a decision to allow uncontrolled inter-provincial travel and 100% loading capacity on taxis has to be subjected to the collective decision-making," he said.

The organisations also reiterated their rejection of the R1.1 billion relief fund announced by Mbalula a week ago.

Mbalula appealed to the taxi operators to reconsider their decision, which would place drivers and passengers on the wrong side of the law.

"While we have expressed support for a review of loading capacity to 100%, until the current directions have been revised, the legal loading capacity is 70% and enforceable by law enforcement authorities.

"We condemn in the strongest possible terms any call encouraging taxi operators to violate provisions of the law and promote lawlessness. We remain committed to taking forward our engagements and encourage the industry to ensure that any form of protest they embark upon is within the parameters of the law," he said.

We live in a world where facts and fiction get blurred
In times of uncertainty you need journalism you can trust. For only R75 per month, you have access to a world of in-depth analyses, investigative journalism, top opinions and a range of features. Journalism strengthens democracy. Invest in the future today.
Subscribe to News24
Related Links
'Taking the bull by its horns'- Taxi operators say they will be fully loaded again from Monday
Taxis in KwaZulu-Natal plan to defy lockdown regulations
Lockdown: National Taxi Alliance pleads with banks for new payment structure
Next on News24
LIVE | Covid-19 in SA: Death toll at 87 001 as cases rise by 1 634

3 bag the jackpot in the Daily Lotto
Full list of lottery results
Lockdown For
DAYS
HRS
MINS
Voting Booth
Have you ever purchased a fake luxury/designer item?
Please select an option Oops! Something went wrong, please try again later.
Yes, I believed it was authentic
7% - 236 votes
Yes, I didn't want to spend that much money on the original item
20% - 691 votes
No, I always shop at reputable stores
14% - 484 votes
No, I don't wear designer clothing
60% - 2096 votes
Previous Results
Podcasts
PODCAST | The Story: Spotlight on filicide - what triggered Lauren Dickason? And how to get help