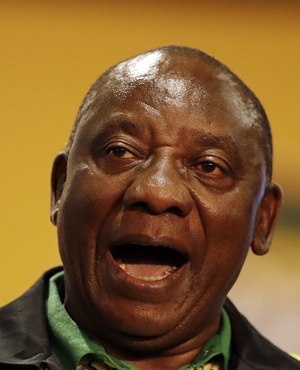 The Democratic Alliance's legal team has written to president Cyril Ramaphosa to immediately call for an independent audit on all ANC government contracts with Bosasa, the party's leader Mmusi Maimane said on Sunday.

The DA's call comes after an explosive testimony by former Bosasa COO, Angelo Agrizzi at the Zondo commission of inquiry into state capture.

Maimane said Agrizzi's testimony shattered the myth that corruption in the ANC was simply a feature of former president Jacob Zuma and the Gupta family.

"A system of corruption that builds a wall between insiders and outsiders - the 'haves' and the 'have nots' is in the very DNA of the ANC. It should come as no surprise that the awarding of ANC government contracts to Bosasa is tainted with allegations of bribery, corruption and fraud. Many of these contracts remain active," he said.

Agrizzi testified last week that Bosasa spent between R4m to R6m on bribes per month. Agrizzi said the company also laundered money to pay for the ANC's electioneering in North West.

Maimane said, in this light, the DA’s legal team has written to Ramaphosa, "to immediately: Instruct Cabinet to audit individual government departments’ contracts and deals with the state;

Direct the SAPS/Hawks to investigate the allegations with the requisite professionalism; and

Ensure that internal disciplinary action against all implicated ANC members is instituted with immediate effect," he said.

He said they have requested that Ramaphosa respond with these undertakings by no later than January 29 "as this matter is urgent".

"Criminal charges should be brought against CEO Gavin Watson with haste," he said.

Maimane said Agrizzi’s testimony that Bosasa dispensed dirty money to the ANC for electioneering in the North West and Western Cape and that R3m was shared between Lindi Gouws and the president’s son, Andile Ramaphosa, who banked R500 000 indicated that Ramaphosa may have lied to Parliament.

"The Public Protector is currently investigating this following my complaint lodged last year," he said.

On November 6, Ramaphosa told Parliament that he had questioned his son about his involvement with Bosasa, and was satisfied that it was an above board transaction.

"The president cannot continue to sit on his hands, being selective on investigating corruption.  Swift action is required. If the president will not act, the electorate has the opportunity to punish the ANC government at the polls in the coming months," said Maimane.

He said a DA government would bring change that "builds one South Africa for all".

"Bosasagate offenders will be first in line [to] find themselves behind bars for 15 years in prisons that Bosasa and ANC government facilities management still hold the keys to," he said.

We live in a world where facts and fiction get blurred
In times of uncertainty you need journalism you can trust. For only R75 per month, you have access to a world of in-depth analyses, investigative journalism, top opinions and a range of features. Journalism strengthens democracy. Invest in the future today.
Subscribe to News24
Related Links
DA billboard 'highly opportunistic and totally out of order' – AMCU
The Myeni connection: Bosasa, Zuma and Dudu Myeni
EXCLUSIVE: Agrizzi to implicate Zuma, Jiba in Bosasa scandal
Next on News24
LIVE | Covid-19 in SA: 733 new cases, 56 more deaths

Lekker Friday for two Daily Lotto winners!
Full list of lottery results
Lockdown For
DAYS
HRS
MINS
Voting Booth
Facebook is facing a fresh crisis after a former employee turned whistle-blower leaked internal company research. Do you still use Facebook?
Please select an option Oops! Something went wrong, please try again later.
Yes, the benefits outweigh the risk for me
32% - 1791 votes
No, I have deleted it
38% - 2091 votes
Yes, but I am considering deleting it
30% - 1644 votes
Previous Results
Podcasts
PODCAST | The Story: Is dognapping on the rise?