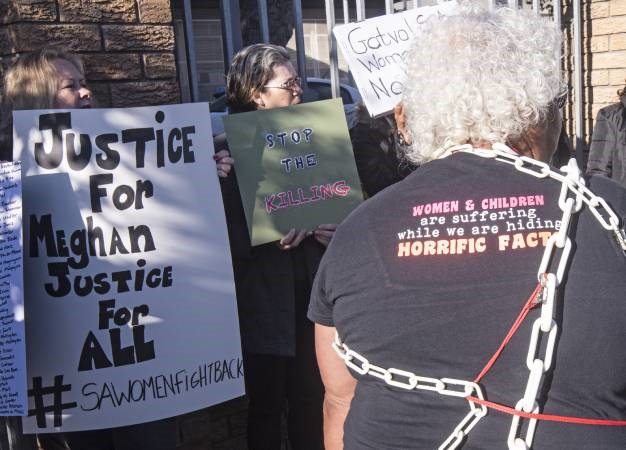 Activists protest outside the Athlone Magistrate's Court to oppose bail for the murder suspects who were found in possession of slain Meghan Cremer's vehicle.
PHOTO: Brenton Geach, Gallo Images

The murder trial of slain horse rider Meghan Cremer has hit another speed bump. The trial was expected to start in the Western Cape High Court on Monday.

Sias made a quick appearance after his legal representative told the court he had ended her mandate, adding there was a "break in trust" and she had explained to him he would need to seek legal aid assistance.

In the early hours of 8 August 2019, Cremer's body was found at a sand mine in Philippi, five days after she disappeared from near the Vaderlansche Rietvlei stud farm.

Prosecutor Emily van Wyk said: "This process will have to be delayed for him to get legal aid."

The case was postponed to 19 March, and Sias will remain in custody.

Cremer was found with her hands bound and had a restraint around her neck.

Sias, who was a general worker where Cremer lived, faces charges of murder, theft and defeating the ends of justice.

He used her bank card several times to make withdrawals at an ATM.