Doctors are here to save lives, not enrich themselves – Cuban embassy in SA 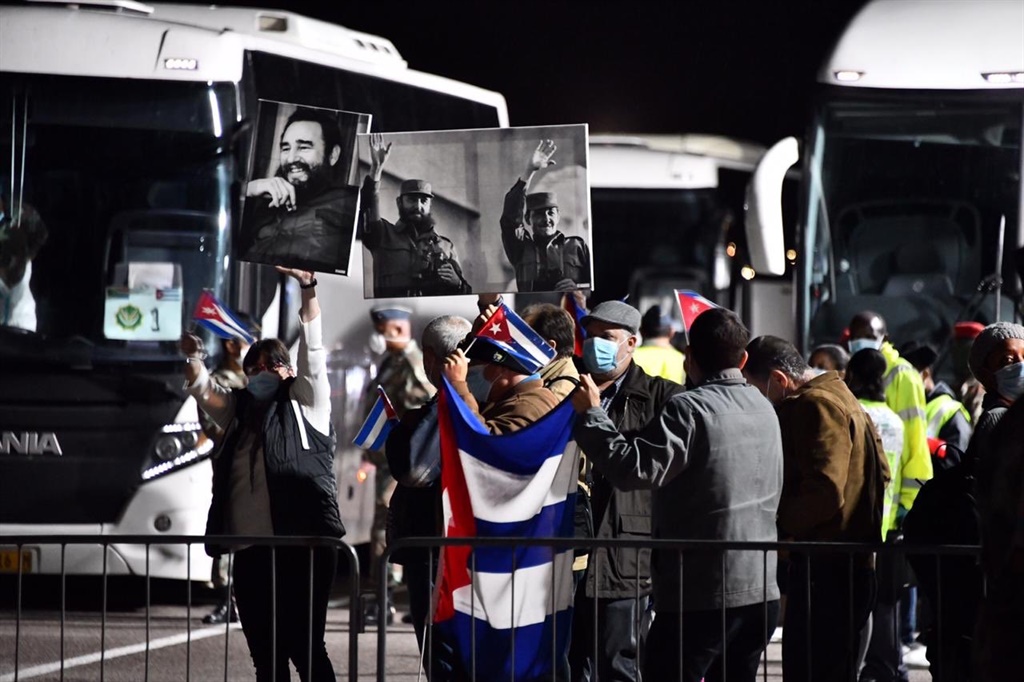 Cuban medical brigade arrives in SA to assist in flattening the curve of Covid-19 in the country.
Department of Health via Twitter

The Cuban embassy in South Africa says its doctors are in the country to save lives, not for their personal enrichment.

"Cuban internationalist doctors are not looking for luxuries or big payments as is usually the case with highly qualified specialists around the world. They are prepared to work even in the most difficult situations, including very complex rural areas, because their only priority is to save every life that can be saved," the embassy said in a statement on Wednesday.

This comes after the arrival of the Cuban Medical Brigade in South Africa on Monday was met with mixed reaction, with some speculation on the cost of the brigade. Organisations, such as the South African Medical Association, also said the move may have been premature as internal resources have not been depleted.

Minister of Health Zweli Mkhize clarified in a virtual briefing on Tuesday night that the medical brigade, which consists of 217 healthcare workers, arrived at the government's request and they are not a threat to local employment.

Cuban doctors have been assisting in the fight against the deadly coronavirus in many countries across the globe.

"So far, Cuban brigades of healthcare professionals have been deployed to join in the national efforts of 23 countries against Covid-19, including South Africa.

READ: Cuban doctors came at our request – Minister of Health

"Those medical brigades joined others working in 61 countries as part of the historic medical cooperation programme that Cuba selflessly offers, as a result of its internationalism and solidarity, which means to share with others what we have, even if it's scarce," the embassy added.

According to the embassy, all its healthcare professionals are volunteers whose salaries are taken care of by the Cuban government.

"The Cuban government pays the full salary of all our doctors while they are assisting other countries. The host countries have assumed the transportation, accommodation, food and basic means for the doctors, the minimum necessary in order to contribute to the sustainability of our healthcare services," the embassy explained.

The Cuban embassy further took aim at what it dubbed "a smear campaign" against the presence of Cuban doctors in other countries. It said the campaign is immoral and a crime as it seeks to "deprive millions of people from their universal human right to healthcare services".

In addition, the embassy clarified that its medical brigades have been sent to other countries by the decision of the Cuban government, and it was based on official requests.

"With their altruism and heroism, our health professionals destroy the denigrating campaigns and the manipulation of public opinion.

"We are very proud of our internationalist doctors, our 'Army of the White Coats', who today are assisting other countries, including South Africa, in the fight against the coronavirus. This is international solidarity in action," the embassy concluded.

We live in a world where facts and fiction get blurred
In times of uncertainty you need journalism you can trust. For only R75 per month, you have access to a world of in-depth analyses, investigative journalism, top opinions and a range of features. Journalism strengthens democracy. Invest in the future today.
Subscribe to News24
Related Links
Cuban doctors came at our request - Minister of Health
Covid-19: 200 Cuban doctors expected to land in SA
Zim to recruit at least 102 Cuban doctors amid 'serious shortage' of specialists
Next on News24
LIVE | Covid-19 in SA: 80 new deaths as cases hit 2 917 846