Dr Glenda Gray: 'There are dynamics about the coronavirus that we don't know' 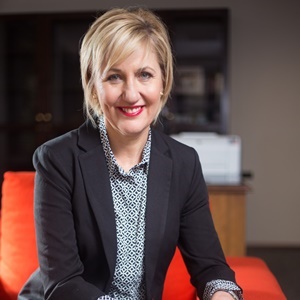 It is likely to take some time before the world sees a vaccine for Covid-19, but South Africa’s best scientists and doctors are putting their heads together to create effective responses.

However, without any evidence on this novel coronavirus, they have no idea whether it will work.

Doctor Glenda Gray is one of the acclaimed scientists on the government’s advisory committee on Covid-19 and is working to create a solution.

Gray has had an extraordinary career.

She is internationally known for her research in HIV mother-to-child transmission, serves as the CEO of the South African Medical Research Council (SAMRC) and is involved in the South Africa Aids Vaccine Initiative (Saavi).

In 2013, she was awarded the Order of Mapungubwe – South Africa’s highest honour – and, in 2017, she was listed as one of Time's 100 most influential people.

Gray has a solid foundation from which to tackle Covid-19, both within SAMRC and on the advisory committee.

Speaking to News24, Gray said scientific approaches are being taken to tackle Covid-19 and SA's response has largely been evidence-led during a time when there is simply not enough evidence.

SA has already accomplished groundbreaking advancement, including sequencing six genomes of Covid-19, which is a reflection of the top-class scientists in our country.

"Our scientific contribution, our understanding of the immune system and virology, and the fact that our HIV scientists are poised to respond and are responding in a wonderful way, is good for our country," Gray said.

READ | Covid-19 in SA: Life is not going to be what it once was, says Prof Karim

Despite this, Gray said it is as though the scientists are all feeling their way in the dark, as lack of evidence leaves a gaping hole from which to judge progress.

"There are dynamics about this virus that we don't know. We don't know how contagious it is, we don't know so much about its reproductive rate and its ability to move stealthily through our communities," she added.

This gap in evidence means there is no way of telling what will happen in South Africa or to judge whether the measures taken are actually the right steps.

"We can't predict how it will unfold in SA and we should always be prepared for the worst. If we prepare ourselves for the worst, then everything else that happens is a beautiful outcome," Gray said.

"The virus has been just over six weeks in SA, and three of those weeks have already been in lockdown, that’s a fairly impressive response,” she added.

But, Gray said, there was no way to tell if these measures have really helped to put out the flames.

"While we all hope that we are special and that we've done exceptional things, we can only hope that the interventions put in place benefited the country. It’s our hope that, whatever we have done, is worth the sacrifice," Gray said.

The world is waiting for some sort of vaccine for Covid-19, but there is still much to be learnt about the immune response to the virus and what this means for a treatment, Gray said.

She added that research is currently being done on antibody response, lasting immunity, antivirals and DNA-based vaccines for Covid-19 and "if we are lucky, we could start seeing vaccine trials later this year".

The pressure to find a medical solution has brought together different sectors to achieve a common goal.

'I am deeply worried'

Despite this, Gray said she is "deeply worried" about the havoc the virus could wreak in South Africa.

"There are times where I have panic attacks worrying about the death and devastation that we may see in this country.

"You vacillate between hope and despair every day. When those figures come out, you don't even want to open that report."

Gray added that her worry is in part due to South Africa's medical professionals being at risk.

Governor of the SA Reserve Bank might sound like a stuck record, but he's playing a consistent tune: reform, reform, reform. @MMkhabel explains why its a good idea to listen to him.https://t.co/IfebrOZlUq pic.twitter.com/I41nGoAMNK

"We have some of the best doctors and nurses in the world, highly trained and highly dedicated, but I worry that we don't have enough of them at the coalface. I also worry that they will not have enough and proper PPE (personal protective equipment).

"I worry about our doctors and nurses dying… I hope that never happens.

"I hope our healthcare workers are adequately protected and adequately trained and we do not lose one life.

"For me, a victory will be that we were able to protect healthcare workers and none of them died in the line of duty," Gray said.

We live in a world where facts and fiction get blurred
In times of uncertainty you need journalism you can trust. For 14 free days, you can have access to a world of in-depth analyses, investigative journalism, top opinions and a range of features. Journalism strengthens democracy. Invest in the future today. Thereafter you will be billed R75 per month. You can cancel anytime and if you cancel within 14 days you won't be billed.
Subscribe to News24
Related Links
Govt to tackle Covid-19 using data and healthcare workers, says Prof Karim
Coronavirus: Don’t underestimate the enemy, says Prof Karim
Covid-19: 'I hope I'm wrong' - Prof Karim concerned about HIV-positive people not on ARVs
Next on News24
BREAKING NEWS LIVE | Woman's body found on Camps Bay Beach