Dros rape case: Accused back in court on Wednesday 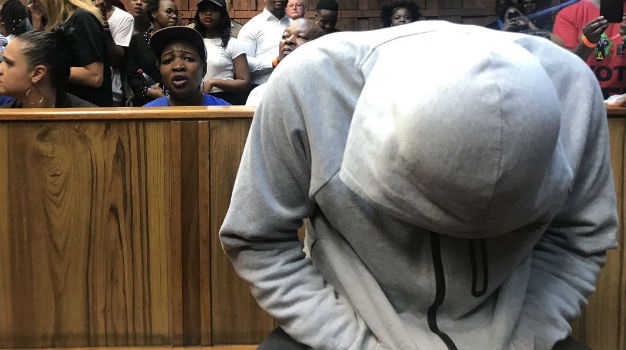 The National Prosecuting Authority (NPA) has confirmed to News24 that the accused in the Dros rape case will return to the Pretoria Magistrate's Court on Wednesday.

The court is expected to confirm that there is space for him at the Weskoppies Psychiatric Hospital, and that there is an order for him to be admitted for mental evaluation.

The suspect is meant to be evaluated to determine whether he could be held accountable for the alleged rape of a seven-year-old girl in the bathroom of a Dros restaurant in Pretoria in September last year.

His bail hearing has been postponed several times, as there was no bed available for him.

State prosecutor Sanet Jacobson argued that in the interests of justice, the accused should be sent to Weskoppies for psychiatric evaluation.

The suspect's legal team had submitted that the alleged rapist had a history of a mental illness and had been using drugs since he was 14 years old, after he was diagnosed with bipolar disorder in 2013.

The court also heard that the suspect attempted suicide several times due to depression caused by the disorder.

*News24 has taken a decision not to identify the accused until he has pleaded in court as stipulated in the Criminal Procedure Act.

According to Section 154(2b) of the Criminal Procedure Act: No person shall at any stage before the appearance of an accused in a court upon any charge referred to in section 153(3) or at any stage after such appearance but before the accused has pleaded to the charge, publish in any manner whatever any information relating to the charge in question.

Once the accused has pleaded to the charges, News24 will reveal his identity in accordance with the law.

We live in a world where facts and fiction get blurred
In times of uncertainty you need journalism you can trust. For only R75 per month, you have access to a world of in-depth analyses, investigative journalism, top opinions and a range of features. Journalism strengthens democracy. Invest in the future today.
Subscribe to News24
Related Links
EXCLUSIVE: Substance found on Dros rape accused tested positive for cocaine
'Dros rapist' still waiting for bed at psychiatric hospital
Alleged Dros rapist was diagnosed with bipolar disorder in 2013
Next on News24
LIVE | Day 1 of South Africa's Covid-19 vaccine rollout gets underway

1 person bags the jackpot in the Daily Lotto
Full list of lottery results
Lockdown For
DAYS
HRS
MINS
Voting Booth
As South Africa faces down the third Covid-19 wave, how are you keeping your family safe ?
Please select an option Oops! Something went wrong, please try again later.
Staying at home, isolating and being careful
18% - 937 votes
Sanitising and wearing masks when we go out
68% - 3499 votes
Going on as usual, we're not afraid of the virus
14% - 709 votes
Previous Results
Podcasts
PODCAST | Too Many Enemies: Episode 1 - the assassination of billionaire Wandile Bozwana