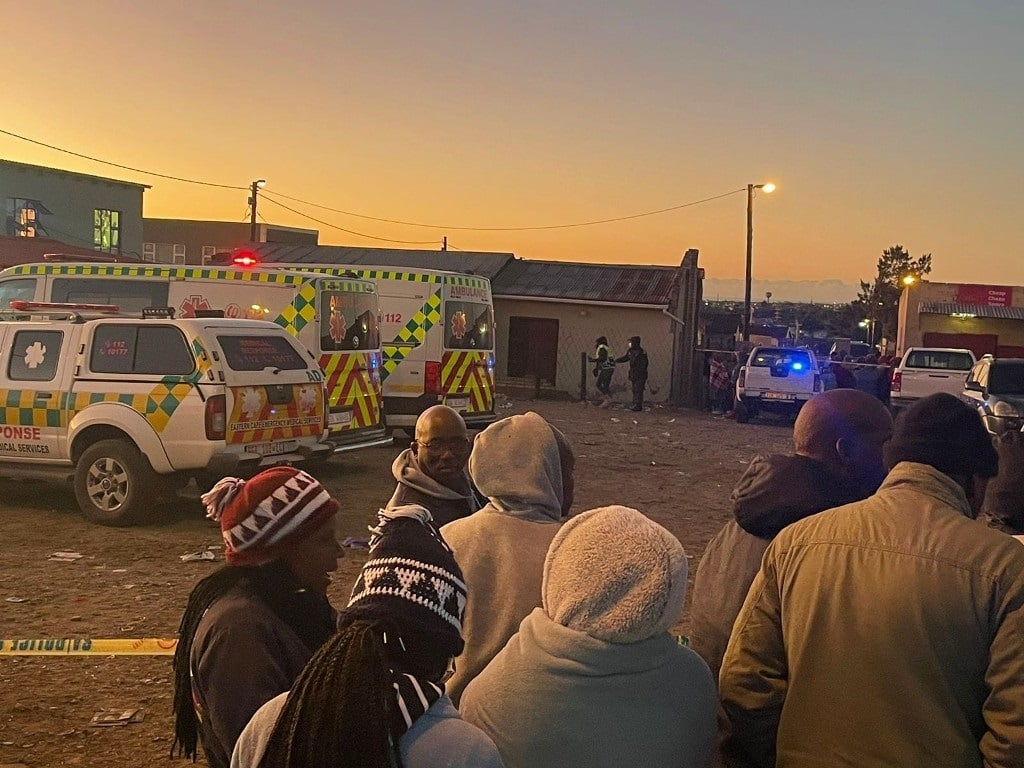 Authorities transported the bodies of at least 17 people who were found dead at an East London tavern to the state mortuary.
PHOTO: Twitter/@kluisenaar

Family members whose loved ones are still missing following the Scenery Park tavern tragedy have been asked to go to the Woodbrook mortuary.

The MEC for Community of Safety in the Eastern Cape, Weziwe Tikana Gxothiwe, requested that families assist in identifying those killed at Enyobeni Tavern in East London in the early hours of Sunday morning.

We know that there are parents that have not seen their children. We request that all the parents who have missing children report to Woodbrook mortuary.

She said the families would be provided with transport to the mortuary.

According to the latest reports, multiple people were found dead in the tavern and several others were rushed to hospital.

The cause behind the tragedy is not yet known.

The deceased are believed to be aged between 18 and 20, according to police spokesperson, Brigadier Thembinkosi Kinana.

22 people died in an East London tavern, ENYOBENI, after a stampede. Cause investigated. Numerous injured. Emergency services and the police are still working on the scene. Forensic investigation underway. #SABCNEWS pic.twitter.com/rj3vPlXrzN

Eastern Cape Department of Health spokesperson Siyanda Manana earlier told News24 that the Forensics Pathology Teams and EMS Teams are at the scene.

"We are going to conduct autopsies as soon as possible to establish the probable cause of death. The deceased have been taken to state mortuaries," Manana added.

The tragedy has made headlines around the globe.