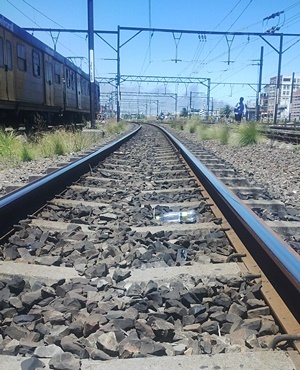 Cape Town – A woman is in a critical condition after her arms and legs were amputated when she was hit by a train in Athlone, Cape Town, paramedics said on Thursday.

The woman, believed to be in her 70s, was walking across the train tracks when she was knocked down on Thursday morning, ER24 spokesperson Chitra Bodasing said.

She was found lying on the train tracks, conscious, but in a critical condition.

“She sustained amputations to both her legs below the knees and both arms below the elbows,” she said.

She was treated and transported to hospital.

We live in a world where facts and fiction get blurred
In times of uncertainty you need journalism you can trust. For only R75 per month, you have access to a world of in-depth analyses, investigative journalism, top opinions and a range of features. Journalism strengthens democracy. Invest in the future today.
Subscribe to News24
Related Links
Mystery surrounds Cape Town man's fall from moving train
Woman killed by train in Florida, Joburg
Man dies after being hit by a train in Gauteng
Next on News24
LIVE | Covid-19 in SA: Death toll hits 19 164 as cases rise to 721 770