FACT CHECK | No, Nigeria has not found Covid-19 vaccine - but the hunt is on 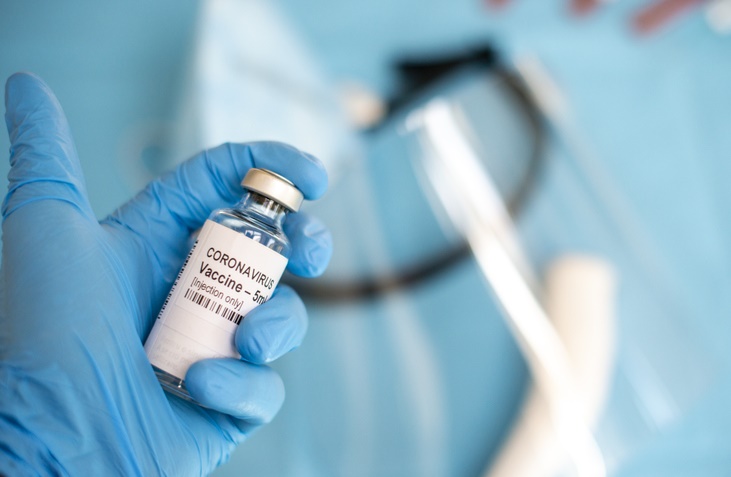 Several media publications reported in late June 2020 that Nigerian scientists had unveiled a vaccine for the new coronavirus.
Getty Images

Has Nigeria developed a vaccine against Covid-19, the disease caused by the new coronavirus?

News of this potentially significant development was widely shared on social media in late June 2020. A barrage of local headlines also broadcast it, with some international media joining in.

There has been some consternation in the country that Africa's largest economy has been reduced to a bystander in the global search for ways to counter the pandemic.

Have these Nigerian researchers beaten others in the hunt for a vaccine?

The story stems from a news conference called on 19 June by a group of scientists based in Nigerian universities. It was widely reported that they said they had discovered a vaccine.

A vaccine is a biological preparation that helps the body's immune system recognise and fight viruses and bacteria.

The leader of the research team, Dr Oladipo Kolawole of Adeleke University in Osun state, reportedly said the vaccine, while developed in Africa for Africa, would work anywhere.

While the news headlines played up the discovery of a functional vaccine, the articles themselves suggested it was still a work in progress.

We therefore asked Kolawole what exactly his team had done.

"We referred to the news as a potential vaccine candidate, not a vaccine. Those who referred to it as a vaccine chose to do what they wanted to do," he told us.

Kolawole, a specialist in medical virology, immunology and bioinformatics, said the group had explored the SARS-CoV-2 genome from African countries to select the best possible vaccine.

SARS-CoV-2, or "severe acute respiratory syndrome coronavirus 2", is the technical name of the virus that causes Covid-19.

In March 2020, Nigeria's Centre for Disease Control announced that local researchers had sequenced the genome of the coronavirus strain in the country's first confirmed case. They found it to be a match with the virus circulating in Italy and Wuhan, China, the health agency said, adding that this was the first time the virus had been sequenced in Africa.

Sequencing refers to investigating the genetic make-up of an organism.

Kolawole was also reported as saying it would take a minimum of 18 months before the vaccine could be unveiled to the public.

He told Africa Check that "[the potential vaccine] has to undergo a lot of test trials before you can conclude finally that it is a vaccine. There are a lot of tests to be conducted in animals, humans, and approval from authorities".

Professor of virology and former president of the Nigeria Academy of Science, Oyewale Tomori, told Africa Check that the researchers may have been too hasty in calling the press conference as it could lead to the spread of misinformation.

Nigeria's centre for disease control told Africa Check it had not received an official notice of a locally produced vaccine.

"Scientific innovations are best announced through peer reviewed scientific publications in reputable journals, not via unvalidated press releases," said Chinwe Ochu, the head of prevention programmes and knowledge management at the agency.

"As much as NCDC will be happy to receive health innovations to support the public health response, such products must follow standard scientific protocols for scrutiny and validation to ensure they are effective and safe."

Several media publications reported in late June 2020 that Nigerian scientists had unveiled a vaccine for the new coronavirus.

But the researchers said what they had was a potential vaccine candidate, and it would be months before it could be said to be effective. The country’s NCDC also said it has no knowledge yet of a functional vaccine.

If confirmed as a candidate, it would join the ranks of tens of others that are in various phases of development.

We live in a world where facts and fiction get blurred
In times of uncertainty you need journalism you can trust. For only R75 per month, you have access to a world of in-depth analyses, investigative journalism, top opinions and a range of features. Journalism strengthens democracy. Invest in the future today.
Subscribe to News24
Related Links
Wits announces SA's first Covid-19 vaccine trial, first participants to be enrolled this week
WHO eyes hundreds of millions of Covid-19 vaccine doses before 2021
International Covid-19 news: Africa needs to 'triple its testing', 'US picks companies to develop...
Next on News24
LIVE | Covid-19 in SA: 453 new cases as death toll hits 88 674