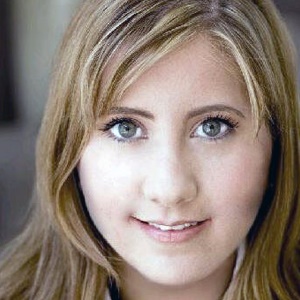 Cape Town – The family of slain American citizen Gabriela Kabrins Alban returned to court on Wednesday to hear more details in her murder trial, only to find it would not go ahead until next week.

In what must have been another disappointing delay over two years after she was killed, the Western Cape High Court in Cape Town heard that defence lawyer William Booth was "indisposed".

Booth had come on board to represent Diego Novella after he was arrested for allegedly killing Kabrins Alban at the Camps Bay Retreat Hotel in July 2015.

He has pleaded not guilty.

On Wednesday, her father Howdy Kabrins and stepmother Linda Kabrins waited patiently for court to begin.

The two, from California, have had to make temporary arrangements to stay in South Africa for the trial.

The State told Judge Vincent Saldanha that Booth was ill and had been booked off until Monday.

Saldanha said he had heard the defence lawyer was going to be admitted to hospital for some tests.

"Unfortunately, in these matters, there are always issues of the unforeseen."

He turned to the Kabrins' and apologised for the unforeseen delay.

The State was expected to call a police officer to testify when the trial resumed on Monday.

The court previously heard how Novella allegedly exhibited bizarre behaviour at the hotel around the time of the murder.

Witnessed testified how he had played air guitar, danced and paced around, stared at hotel staff and slept on the floor at reception.

He allegedly also told staff: "My lovely lady is dead".

Novella remained in custody at the hospital section of Pollsmoor prison, having previously undergone psychiatric evaluation.

We live in a world where facts and fiction get blurred
In times of uncertainty you need journalism you can trust. For only R75 per month, you have access to a world of in-depth analyses, investigative journalism, top opinions and a range of features. Journalism strengthens democracy. Invest in the future today.
Subscribe to News24
Related Links
'He was not in love with her' - Gabriella's mother on murder-accused boyfriend
‘My lovely lady is dead,’ murder-accused apparently told luxury Camps Bay hotel staff
Next on News24
LIVE | Covid-19 in SA: Death toll at 21 289, with 778 571 confirmed cases