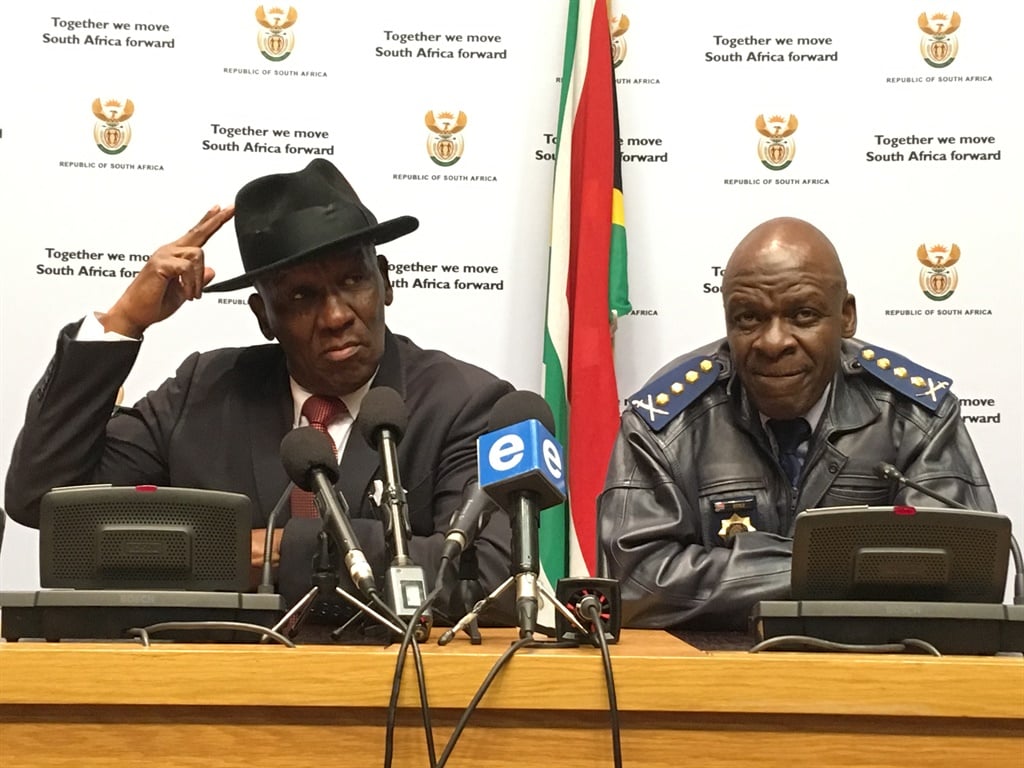 While crime figures don't show an increase in farm attacks during the lockdown, the police do indeed take farm safety seriously, Police Minister Bheki Cele told the Portfolio Committee on Police on Friday.

The police presented their adjusted budget to the committee on Friday, during which DA MP Andrew Whitfield and FF Plus MP Pieter Groenewald asked about farm murders.

Groenewald said there was a "huge increase in farm attacks" during the lockdown period. He said, on Wednesday, there had been 11 attacks in one day.

National police commissioner General Kehla Sitole said the visible policing division is getting an increase in its budget.

"I want to confirm that, yes, rural safety is a priority for this budget increase," he said.

Divisional commissioner for visible policing Lieutenant-General Moeketsi Sempe said they have compared the figures for farm attacks from January to March with those from April to June.

From January to March, there were 80 attacks, and from April to June there were 48.

However, Sempe said they are concerned about the slight increase in the murder rate, as the first quarter had six murders, and the second had 7.

Cele said: "We do take serious the issue of farm safety."

He said they would continue to improve relationships with farming communities, and that such a relationship in Limpopo had recently delivered great success.

"Once we work together, all crime will stop, including murders," he said.

Sitole said they have also beefed up the division for organised crime, as "a lot of underground economy is taking place" during the lockdown.

The police's submission to National Treasury on their expected Covid-19 related expenditure in the current financial year amounted to R4.88 billion.

However, the police received an allocation of R3.7 billion. They have managed to reprioritise just over R1 billion from their original budget.

Both these amounts will go to the visible policing budget.

Cele also said 36 police members died of Covid-19 and lamented that they couldn't give them "the last honour", due to the restrictions on funerals.