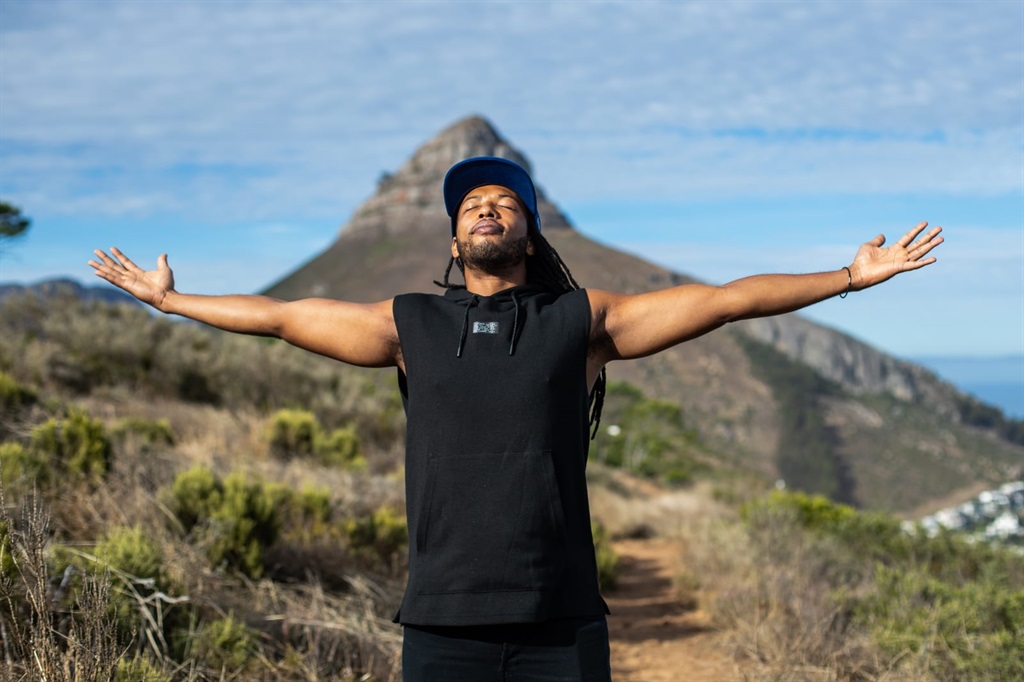 Gerald Petersen is using music to turn his life around. (Supplied)

Born and bred in Cape Town, Gerald Petersen, 36, always knew he had a passion for music. He just never knew it would end up changing his entire life.

Having been involved in a gang in Elsies River and being exposed to a life of crime in his teens, Petersen left the gang life in his early twenties and never looked back. He put himself through college and became a certified trainer at Virgin Active, where he now trains clients daily. He also co-founded a non-profit organisation (NPO) called Hope Street in 2016.

In an interview with News24, Gbaby, as he is now known, said even though his two brothers succumbed to the gang life, it was something he was not willing to go through. He said he didn't want his parents to go through the trauma of losing yet another son. That is why he decided to rename himself Gbaby, for "God's baby", as he firmly believes God played a huge role in getting him where he is today.

"I feel blessed every single day. I look back at my life and the choices I made and realise how blessed I am to have been given a chance to relive my life and make a difference in my community by inspiring the youth out there," Gbaby said after launching his single Blessed on Friday, 26 March. Petersen will complete his degree in sociology early next year. (Supplied)

Gbaby started his music journey by rapping in his church, Life Church Cape Town, where he was the local youth leader for many years and where his passion for rap intensified.

During the hard lockdown period, he decided it was time to write more music and get his music out there to inspire the world. Then, tragedy struck when he lost his uncle and stepbrother during lockdown. This left him feeling completely numb but it saw the birth of his single Blessed.

"People associate being blessed with money, material things, but the way I see it, being blessed is not about having money. If you don't see life through appreciating the things around you, then you can't really say that you are blessed," Gbaby said.

Gbaby hopes to inspire young people with his single to never give up on their ambitions in life. "There will be many closed doors when you come knocking for an opportunity, but with the right amount of patience, attitude and perseverance you will get what you want and realise again just how blessed you really are," he added.

Filming of the music video for his single was set to commence in the next 10 days and Gbaby said he was feeling on top of the world as his dream was finally becoming a reality. The video will be filmed along Cape Town's Atlantic Seaboard which will focus on the beautiful surroundings, showcasing just how blessed we are.

"Gerald reached out to us in 2020 looking for a publisher to represent his songs. After listening to the tracks and liking what we heard, not only did we decide to offer him a publishing deal but also to extend the offer to marketing and digital distribution," said Rob Cowling, general manager of Gallo Record Company.

"The talent is there, and we welcome Gbaby to the Gallo family, and look forward to making his music available to the world on digital platforms, getting his songs heard on radio and representing him in a songwriter capacity for the future."

The future looks bright for the former gang member, who is set to release more songs soon, as well as complete his degree in sociology early next year.

You can view the lyrical version of the song here.

We live in a world where facts and fiction get blurred
In times of uncertainty you need journalism you can trust. For only R75 per month, you have access to a world of in-depth analyses, investigative journalism, top opinions and a range of features. Journalism strengthens democracy. Invest in the future today.
Subscribe to News24
Next on News24
LIVE | Covid-19 in SA: 1 565 680 confirmed cases and 53 711 deaths