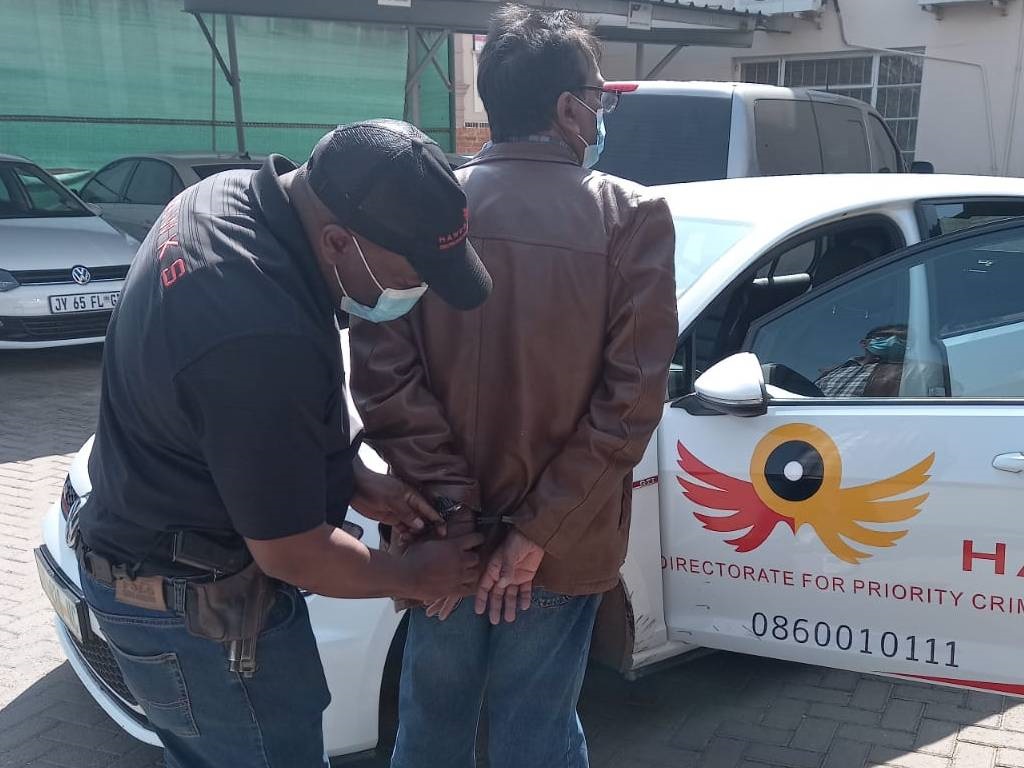 The Hawks have made arrests in connection with a diamond theft.
Supplied, Hawks

Four senior Northern Cape government officials arrested in connection with a R6.7 million fraud case appeared in court where they were later released on a R10 000 bail each.

The officials, from the Northern Cape Department of Economic Development and Tourism, were arrested on early on Wednesday morning and appeared in court on the same day as well as Thursday.

They appeared on charges of fraud, as well as contravening both the Diamonds and Public Finance Management acts, said Hawks spokesperson Lieutenant Colonel Philani Nkwalase.

"These charges stem from donor funding surpassing R6.7 million, received from the European Union, during the 2010-'11 financial year. The funds were intended for training students in cutting and polishing uncut diamonds," said Nkwalase. The Hawks have conducted a raid as a result of missing diamonds.
Supplied Supplied, Hawks

Forty students were enrolled in the programme that year and were meant to undergo a mining qualification course in cutting and polishing diamonds, facilitated by the Kimberley Diamonds International Jewellery Academy, said Nkwalase.

"It was established that the diamonds were missing and unaccounted for in July 2012. This was uncovered during a random inspection by the Auditor-General. The Hawks investigation into the diamonds saga resulted in the arrest of four senior officials from the Northern Cape Department of Economic Development and Tourism," he said.

The case has been postponed to 22 October.

This story has been updated to reflect the court appearance of the accused.