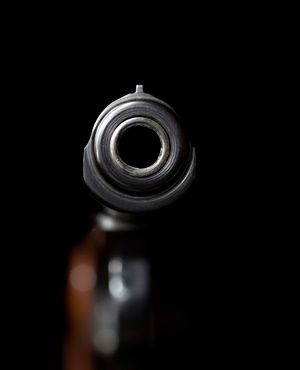 Durban - A fourth suspect wanted in connection with the murder of a Morningside businessman has been arrested by a team of investigators on Tuesday, KwaZulu Natal police said.

Members of Magma Security and Investigations and the Durban K9 unit were following up leads on the suspect in the Nodwengeni, Applebosch area, where the suspect was hiding, Captain Nqobile Gwala said.

Hoosen Dhoda was killed last week when gunmen stormed into the travel agency with the intention of robbing it.

"During the course of the robbery there was a shooting incident and an elderly man, Hoosen Dhoda, was killed," Magma's Shaheen Sulieman said.

The three other suspects were arrested on Friday last week.

We live in a world where facts and fiction get blurred
In times of uncertainty you need journalism you can trust. For only R75 per month, you have access to a world of in-depth analyses, investigative journalism, top opinions and a range of features. Journalism strengthens democracy. Invest in the future today.
Subscribe to News24
Related Links
KZN man shoots himself in thigh during shoot-out
Cops, suspects in shoot-out, high-speed chase in KZN
Next on News24
LIVE | 638 new cases and 125 more Covid-19 deaths in South Africa

Here are your Lotto and Lotto Plus results
Full list of lottery results
Lockdown For
DAYS
HRS
MINS
Voting Booth
When a Covid-19 vaccine for under 16's becomes available, will you be taking your children to get it?
Please select an option Oops! Something went wrong, please try again later.
Yes, immediately!
38% - 4491 votes
I'll wait to see how others respond
26% - 3022 votes
No, I don't think they need it
36% - 4288 votes
Previous Results
Podcasts
PODCAST | MISSING MATTHEW EPISODE 3: Decades of false starts add to a family's despair