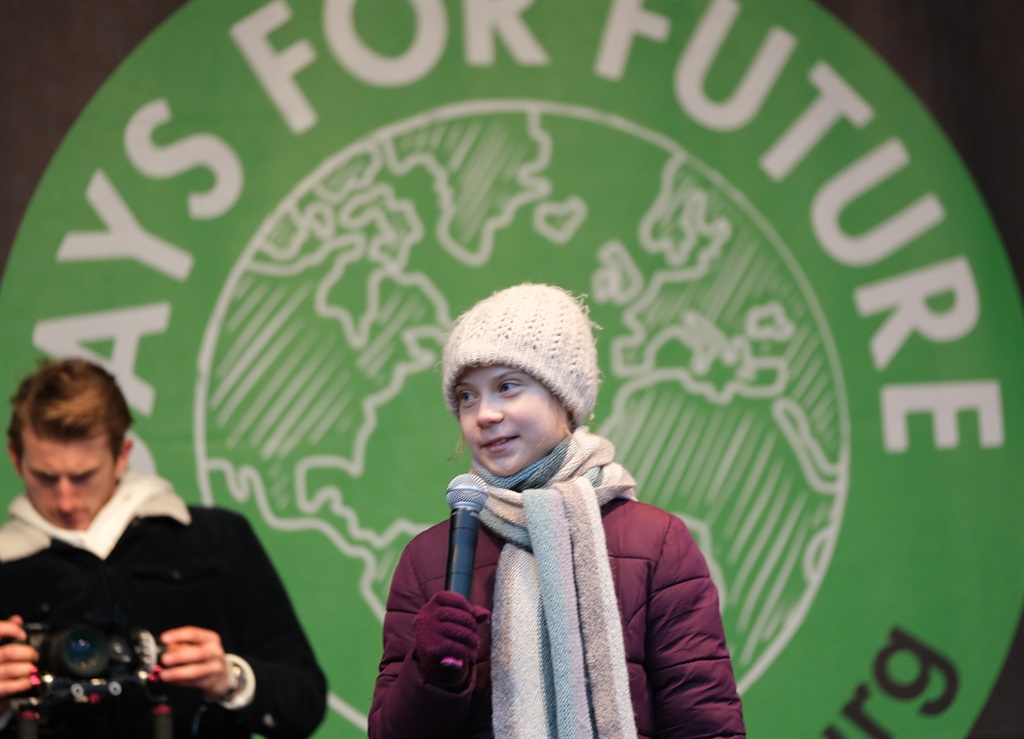 Thousands of climate activists and supporters are expected to commemorate Global Day of Climate Action on Friday.

A year ago, an estimated 7.6 million people across the world took to the streets in one of the biggest climate change demonstrations to date.

The movement was started with Swedish activist Greta Thunberg's school strikes in 2018.

Activists are now demanding that individuals and governments take stronger action against the effects of climate change, including moving Eskom away from fossil fuels to renewable energy.

South Africa is reportedly the largest emitter of greenhouse gas on the continent and the 14th globally. While the country is working on strategies to reduce emissions, current plans still include coal power stations until 2050.

Various groups are organising events across the country, using the hashtags #ClimateActionNow and #FightClimateInjustice.

The Climate Justice Coalition is marching in Pretoria from the Union Buildings to the Department of Mineral Resources and Energy, and then to the office of the Minister of Finance. The action is planned from 10:00 until 13:00. The organisers have asked participants to wear masks and maintain a safe social distance.

Alex Lenferna, from 350Africa.org and the Climate Justice Coalition, says the recovery from the Covid-19 pandemic must be an environmentally friendly one.

"Otherwise we will have lost our last window to avoid some of the worst effects of climate change and meet the Paris Climate Agreement's [long-term temperature target to limit average temperature increase to] 1.5°C," he says.

He believes that shifting to renewable energy would be "our most job-creating, reliable, rapid, and affordable way to tackle our load shedding crisis".

Several protests are planned from 13:00. Activists are meeting at Littlewood Primary School in Mitchells Plain, the Isivivana Centre in Khayelitsha, and in front of Parliament.

Youth coordinator at the African Climate Alliance and communications assistant at Project 90 by 2030, Gabriel Claasen, says they hope to show that there is a serious need for systemic change.

He is calling for a "stronger, more informed base for climate mobilisations in communities".

Claasen says: "I live on the Cape Flats and have, all my life, seen the deep injustice that we as frontline and under-resourced communities face … We need to call for climate action and climate justice as well as an end to the social injustices that intersect."

In Nelson Mandela Bay, Extinction Rebellion is planning to focus on access to clean water and sanitation. The group was scheduled to meet at 09:00 at the Engen Rink Auto Centre and march to City Hall.

The #FridaysForFuture movement, originally started by Thunberg, is planning a public dialogue at the Durban Botanic Garden at 11:00 and then a picket near John Zikalala Road from noon.

In Lephalale, activists are picketing near the Medupi Power Station from 06:00.

Nkosi says about 30 women and youth are expected on Friday and that they hope Eskom will opt for a just energy transition.

"Our lives matter more than profit," she says.

We live in a world where facts and fiction get blurred
In times of uncertainty you need journalism you can trust. For only R75 per month, you have access to a world of in-depth analyses, investigative journalism, top opinions and a range of features. Journalism strengthens democracy. Invest in the future today.
Subscribe to News24
Related Links
Bezos launches $10 bn fund to combat climate change
'The African perspective is always so under-reported' - Thunberg puts Africa's climate activists...
Climate activists to 'disrupt business as usual' in DC, London
Next on News24
LIVE | Covid-19 in SA: Death toll rises by 25 as cases hit 2 916 593

Lucky Sunday for 3 Daily Lotto players
Full list of lottery results
Lockdown For
DAYS
HRS
MINS
Voting Booth
Facebook is facing a fresh crisis after a former employee turned whistle-blower leaked internal company research. Do you still use Facebook?
Please select an option Oops! Something went wrong, please try again later.
Yes, the benefits outweigh the risk for me
32% - 2073 votes
No, I have deleted it
38% - 2486 votes
Yes, but I am considering deleting it
30% - 1964 votes
Previous Results
Podcasts
PODCAST | Ballot Box: Why Facebook is not doing enough against election misinformation