Several government buildings in Tshwane were closed by their landlord this week due to unpaid rent - however, the Department of Public Works and Infrastructure says it stopped paying rent as it had overpaid in the past.

The buildings, which were locked down this week, included National Treasury's headquarters in the Tshwane CBD.

A notice read: "Warning notice: This building will be locked from 19:00 on 7 March 2022 due to unpaid rent - order from the landlord."

The department, which is responsible for providing accommodation to multiple state departments and entities, has hit back at the landlord calling the closure of buildings illegal.

Fazel added he wanted to "set the record straight regarding the illegal closure of buildings in Pretoria by a landlord who claimed rent has not been paid by the DPWI [Department of Public Works and Infrastructure]".

He claimed the reason why the rent had not been paid was because the department had been overpaying landlords, including the one who closed their buildings. 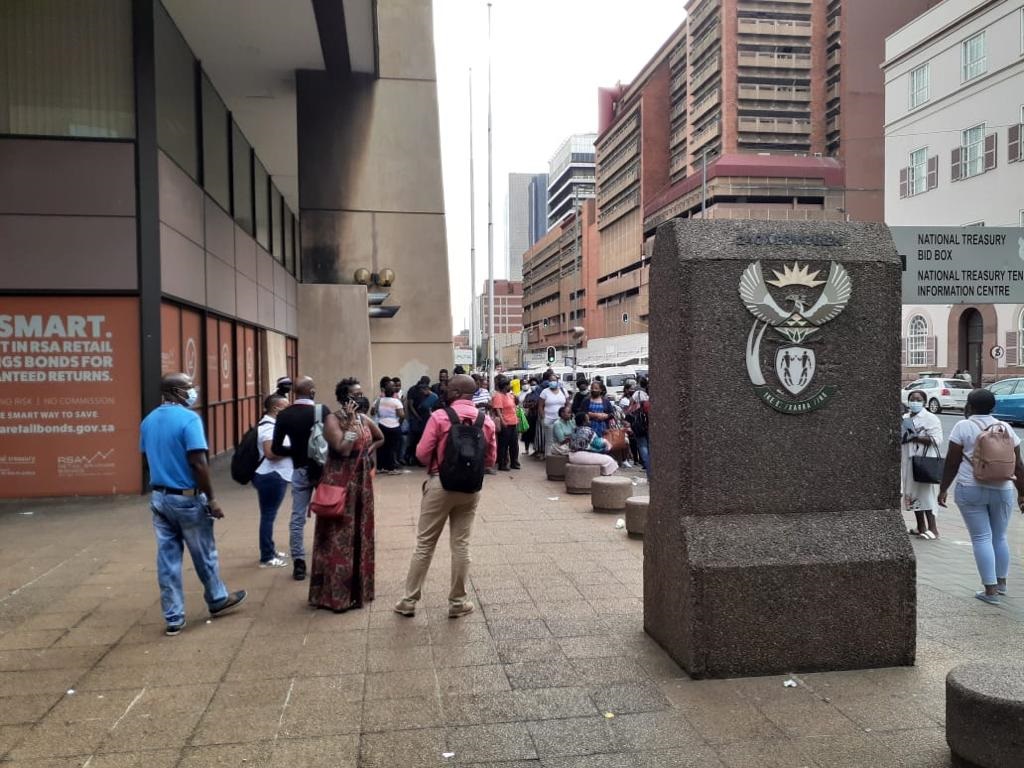 "Instead, the allegations and illegal actions were an attempt to deflect from the evidence of overpayments which the DPWI has presented to multiple landlords and is in the process of resolving," Fazel said.

"Whilst most landlords are working with the DPWI in good faith to correct these problems, one landlord in Tshwane engaged in unethical conduct through the illegal action of shutting the buildings housing several government departments and institutions."

He added the department was committed to resolving the matter speedily with a view to finding a long-term solution "to correct the issue of landlords charging the state inflated rental costs".

"Through the landlord's consultant, negotiations with the DPWI resulted in a commitment to unlocking the buildings."

President Cyril Ramaphosa has signed a proclamation enabling the Special Investigating Unit (SIU) to probe the department's leases with landlords.

According to Fazel, multiple processes have uncovered several issues the department was undertaking, which included correcting situations where landlords have been overpaid.

"In several cases, the prices per square metre have been inflated well above market rates and in other instances, invoices were submitted more than once for the same thing. "The DPWI subsequently used this evidence to negotiate lower rentals in line with the current industry standards. In December 2021, the DPWI reached an agreement on new pricing with most landlords and new lease agreements were signed.

Fazel said they had been meeting with landlords who were disputing the department payment records.

He added these landlords had been notified that "we would stop paying rent going forward, using the advance [historical overpayment] that is already with the companies to correct the overpayments".

"To show good faith, we continued to engage, trying to find a middle ground. When no agreement was reached, we went ahead with not paying rent as per the notice given to the landlords.

"In response to this, this one landlord in Tshwane then closed their buildings. It is important to note that closing the buildings and shutting out our client departments is illegal as no court order has been granted for this action. The landlord has also not elected to seek relief from the courts in claiming further inflated rental costs from the state."

Fazel said through the landlord's consultant, negotiations with the department resulted in a commitment from the consultant to unlocking the buildings.

Read more on:
city of tshwanepretoriagautengpolitics