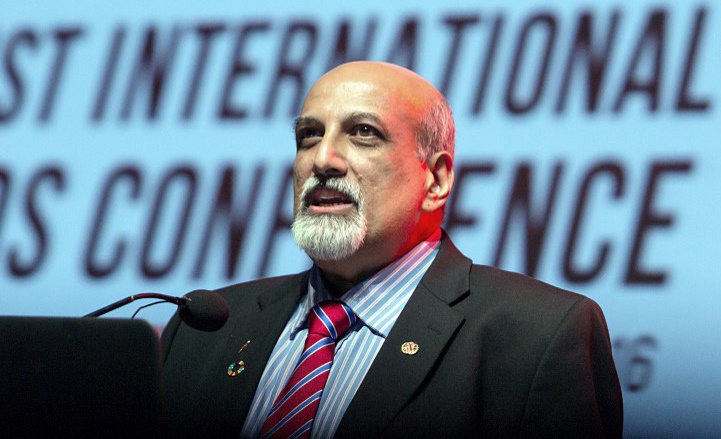 Speaking during a World Aids Day webinar to commemorate World Aids Day, the director of the Africa Centres for Disease Control and Prevention, Dr John Nkengasong, explained the trends in Africa.

The webinar was hosted by the Chinese Centre for Disease Control and Prevention, and the Centre for the Aids Programme of Research in South Africa.

Nkengasong said that, if one looked at the continent, every day there were about 4 000 new HIV infections in adults and children in 2020, 60% of which were in Sub-Saharan Africa.

"We have not seen those declines in young women in several countries in Africa.

When you are looking at young girls in this large community-based study – a representative study of the community and HIV prevalence in the community – already by age 15, 6% of young women have HIV, and when you go to age 30, the prevalence is all the way up to 70% in a representative sample, giving you some idea of the sheer burden of HIV, particularly in women and high rates in young women being central to that.

ALSO READ | Every week, 1 300 adolescent girls and young women are infected with HIV

When looking at the question of how to turn this burden around, Karim turned to pre-exposure prophylaxis (PrEP).

While scientists state that there are benefits to be gained from PrEP, it has unfortunately not seen an adequate uptake from young women.

"The issue is very simple, in order to take PrEP, you firstly have to recognise that you are at risk of HIV, you then have to recognise that PrEP is something that would benefit you in addressing that risk. Then, of course, you have to go to the clinics, have access and get that medication," Karim explained.

As a result, Karim states that the approach to PrEP needs to shift because achieving a high coverage in a group, which does not see themselves at risk of getting HIV, will be a challenge.

"PrEP has to shift from a user-initiated approach and provision, and we have got to move to a provider-initiated service, where PrEP becomes a norm for communities at high risk," he said.