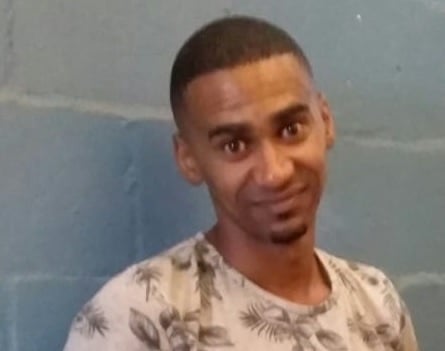 Jesse Hess' second cousin David van Boven appeared in court for the murders of Jesse and her grandfather, Chris Lategan. (Supplied by the family)

On Wednesday, he saw the man who once called him "Uncle Lance", appearing in the dock for his daughter's murder.

"I don't know… I have such mixed feelings," Lance said as women protested outside the Bellville Magistrate's Court after the case was postponed to February next year.

He admitted that he had dreaded seeing Van Boven, 31, who tried to hide his face as he entered the packed courtroom.

Read: 'Why do you want to see my face?' - Jeers as Jesse Hess' relative, second man appear for double murder

Jesse's second cousin together with Tasliem Ambrose, who lives in the same road as him in Hanover Park, face charges of murder and aggravated robbery. They were charged three months after Jesse and her grandfather, Chris Lategan, 85, were found strangled in their Parow flat on August 30.

Both accused are not strangers to the dock.

Van Boven has previous convictions for aggravated robbery and rape, for which he was released on parole in December.

Ambrose has a string of previous and pending drug-related cases, as well as a conviction for gun possession.

Neither intended to apply for bail.

'The police have failed us'

Hess family spokesperson Richard Hess slammed Van Boven's "arrogance" after he faced off with courtgoers who demanded he remove his hoodie as he returned to the court's holding cells.

"I hope he is going to get his day and that [this time] he doesn't come out."

Hess was a first-year theology student at the University of the Western Cape who dreamt of one day becoming a pastor.

Her "spiritual father" in the Church of Nazarene, Pastor Deon Thole, who had seen her half-naked body as her traumatised loved ones waited for three hours for police to arrive that day, said all he wanted was justice for Jesse.

"I am very saddened by the State. It took them three months to apprehend a suspect. Now it's going to take them another three to do an investigation," he said after the matter was postponed.

On the day of her murder, he had gone to the Parow police station to find out why the authorities were not at the scene after numerous calls were made to report the two bodies that were found in the flat.

There had allegedly not been a police van available to respond to the scene, according to him.

"The police have failed us. They only came three hours later. The family was in agony," he said.

"I am extremely upset with the way Jesse died, but also the way the police dealt with this matter."

We live in a world where facts and fiction get blurred
In times of uncertainty you need journalism you can trust. For only R75 per month, you have access to a world of in-depth analyses, investigative journalism, top opinions and a range of features. Journalism strengthens democracy. Invest in the future today.
Subscribe to News24
Related Links
Jesse Hess' father: 'The only thing that will make me happy is if her killer is given a couple of...
Man allegedly linked to Jesse Hess, grandfather's murders was out on parole
'Glory to God' – Jesse Hess' aunt after person of interest arrested in separate rape case
Next on News24
LIVE | Covid-19: Second batch of J&J vaccines land at OR Tambo, SA's confirmed cases hit 1 510 778