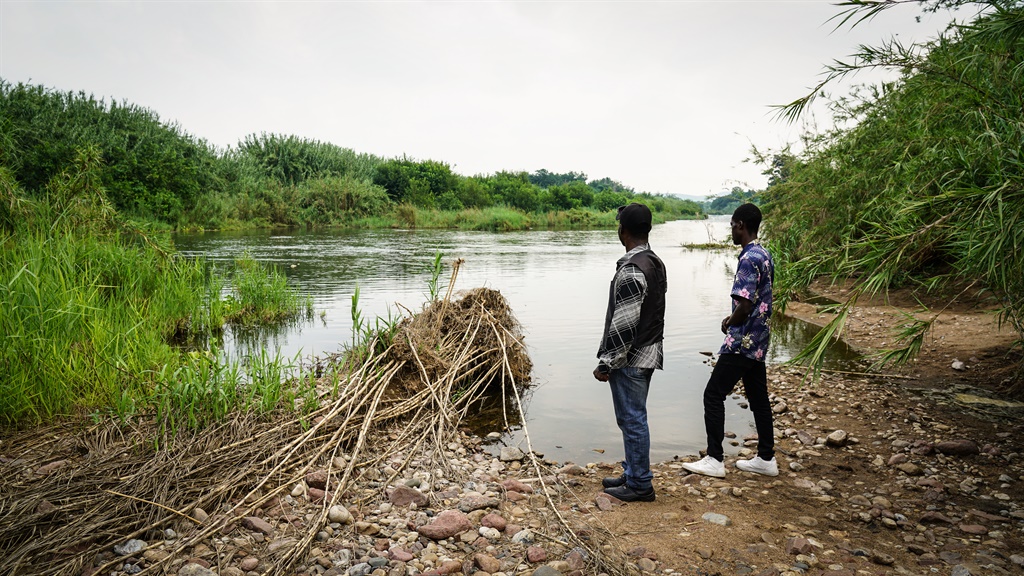 A Grade 8 pupil at Parktown Boys' High School allegedly repeatedly warned camp facilitators that he had last seen Enock Mpianzi struggling in the water and that he had gone missing, but was ignored.

The pupil has recounted the events that ultimately led to the death of 13-year-old Mpianzi, following a water activity at the Nyati Bush and River Break lodge in North West on Wednesday.

The boy's version of events was voiced by a Radio 702 staff member and broadcast on the Eusebius McKaiser show on Wednesday. This was to protect the boy's identity, McKaiser said.

The boy said he saw a boy standing alone at the school on Wednesday morning as pupils were getting ready to depart ahead of the school's Grade 8 orientation camp.

"He looked lonely. My friend...and I went to introduce ourselves to him. His name was Enock Mpianzi. We instantly formed a bond."

The boys also greeted Enock's father and introduced themselves to him before getting on the bus.

No roll call on bus

"There was no roll call done before we stepped on to the bus and none was done before the first activity [at the camp]."

The boys then had lunch and were split into groups for the next activity, which was to build a stretcher.

"I was in the same group as Enock. We were taken to a rugby field where we were given about four thick wooden poles and a few thinner poles and instructed to build a stretcher. We struggled tying the materials together and some poles kept on breaking. One of the activity facilitators told us to be more innovative and to even use our shoelaces to tie the poles together."

READ: No roll call was done at Parktown Boys' High before leaving for camp - Nyati lodge

The boys were then instructed to race, carrying the stretchers, "imagining an emergency".

They then took their stretchers to the river where there were no teachers present - only the school prefects and camp facilitators.

"The camp facilitators and prefects asked who could and could not swim. Those of us who said we were able to swim were instructed to handle the river task. Enock identified himself as being able to swim.

"No life vests were issued to any of us. The school also had not asked us to bring life vests to the camp."

At the river, the boys were told to get into the water and "get ready to sail". One boy in each group acted as an injured person and was meant to be sailed down the river to a Point B. Black, doughnut-like swimming tubes were fitted to the stretchers.

"Again, no safety vests were issued to us. The river tides were strong. In less than two minutes in the water, the stretcher capsized. It came loose and we all scrambled for things to hold on to."

The boy said some pupils hung on to the rubber tube, which had become loose. The boys used one arm to hang on and the other to paddle.

"At that moment, I felt as if I was going to die."

He said Enock had not managed to get on to the rubber tube. "I saw him struggling. He seemed stuck in one place, trying to keep his head above water. I grabbed a pole and tried to pass it to Enoch but I couldn't reach him. The river swept him away."

The boys then called out for help but there were no adults in sight, the boy recalled. They were swept along the river bend and he lost sight of Enoch.

Further down the stream, camp facilitators pulled the boys from the water.

"The current was so strong that it was impossible to swim. We could all have been swept away."

The boys were immediately told to walk to the hall on a thorny trail. Some of the boys pulled their tracksuit pants over their feet in order to walk on the thorns.

"There were no teachers at the river - I had last seen the teachers when we arrived at the lodge. Roll call was done at the hall."

When Enock's name was called, one boy raised his hand. He was asked whether he was Enock, to which he responded "no", but the person doing the roll call then simply moved on to the next name on the list.

"The person doing the roll call said he thinks Enock did not come to the camp, but I told him Enock was at the camp and the last time I saw him, he was struggling in the river."

'Not listened to further'

The person then said there were groups where the headcount was higher than before and that Enock may have joined one of these groups.

"My story about Enock struggling in the river was not listened to further."

The pupils' next activity was to cook chicken for supper, but their attempts were so bad that the camp provided alternative meals to them.

The boy and one of his peers then approached a camp facilitator and told him that Enock was missing, but the facilitator was "rude and dismissed us".

The second roll call was then done at supper. "Enock was still not there. When I asked the facilitator about Enock, again I was told that Enock was in another cabin and had left our group.

"I couldn't sleep that night."

The following morning, after more activities, another roll call was done and Enock, again, was not present. The teacher then said he thought Enock did not come to the camp.

"[We] went to the teacher and told him that Enock had definitely come to the camp and that the last time we saw him was at the river."

A camp facilitator then took a life jacket to the river where he proceeded to search for Enock, the boy said.

"The camp activities continued, even though Enock was missing."

Instructed not to speak to anyone

That evening at dinner, a facilitator came around with a photograph of Enock, asking the boys whether anyone had seen him.

The boy and two others were then taken to a room where they were interviewed by the police.

On Friday morning the boys boarded the bus to be taken back to the school. Here, they were addressed by the school's headmaster, Malcolm Williams.

"[He] emphasised that we should not speak to anyone. Later that day, I heard the news that my new friend was no longer alive..."

Listen to the full podcast here.

News24 previously misspelt Mpianzi's first name as "Enoch", based on information provided by members of the family and the education department. It has since been established that the correct spelling is "Enock"