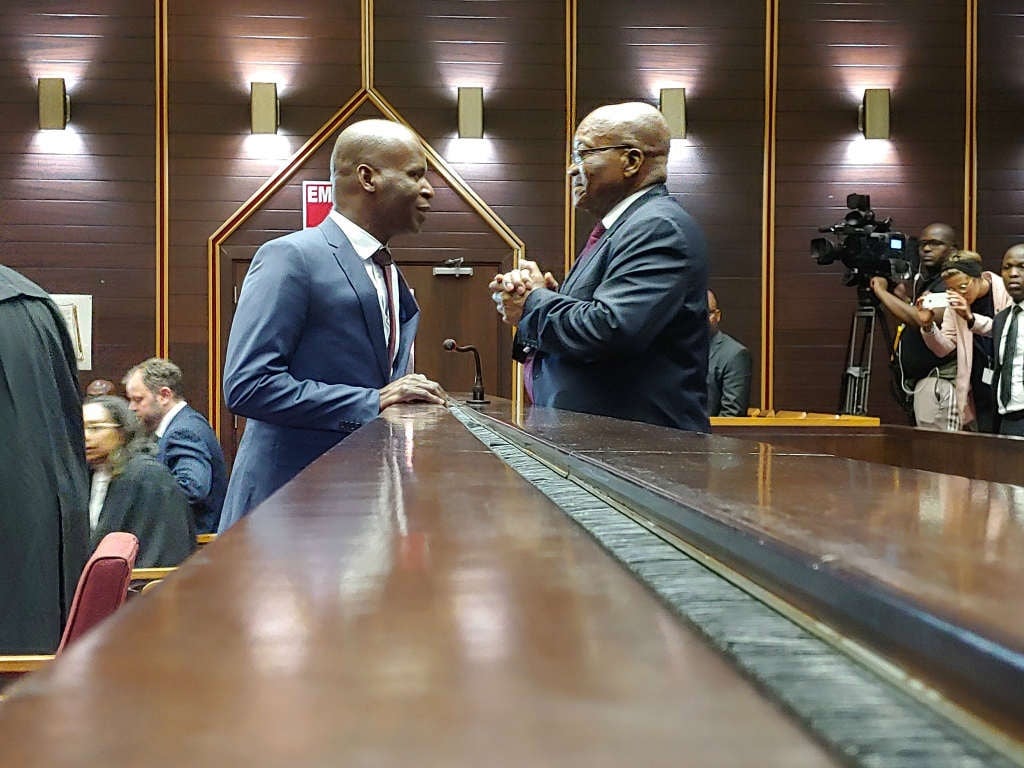 Former president Jacob Zuma has sacked Daniel Mantsha, his lawyer of two years, and will be heading to his long-awaited corruption trial with Mabuza Attorneys, the JG Zuma Foundation said on Sunday.

"The JG Zuma Foundation announces that former president Jacob Zuma has decided to terminate the mandate of his attorney of record, Daniel Mantsha of Lugisani Mantsha Attorneys, with immediate effect."

Mantsha had represented Zuma since 2018, the foundation said. "During this period, he has worked very hard, with dedication to ensure that the defence team succeeds in its work. We would like to thank him for his efforts thus far and wish him well in his future endeavours.

"Former president Zuma has unfortunately come to the conclusion that it is in his best interests to part ways with Mr Mantsha at this stage so that he can focus more on the preparation for the trial."

Mantsha would be replaced by Mabuza Attorneys, who would be responsible for all preparation ahead of Zuma’s much-awaited trial.

Zuma has retained the services of top advocate Muzi Sikhakhane SC as the lead counsel in the matter and "expresses his unreserved trust and confidence in him and his team of counsel".

According to the statement by the foundation, Sikhakhane was briefed to assemble a multi-skilled legal team to advise and assist Zuma "in preparing for the biggest trial of his life".

Zuma also wants to "dispel the much repeated and tired narrative" suggesting he tried to avoid his day in court by adopting Stalingrad tactics, the statement reads.

"To this end, Sikhakhane SC and his team will also be advising and assisting former president Zuma to decisively deal with the long-standing speculation about his involvement in Arms Deal corruption.

"Former president Zuma therefore welcomes the opportunity that the upcoming trial will create for South Africans to get much needed certainty about the bona fides of the State’s case against him, as well as shed light on the much needed certainty as to who exactly benefitted from the alleged Arms Deal corruption."

On 4 February, Mantsha could not prevent the KwaZulu-Natal High Court in Pietermaritzburg from issuing a stayed warrant of arrest against Zuma.

He had argued that the former president was being persecuted.

We live in a world where facts and fiction get blurred
In times of uncertainty you need journalism you can trust. For 14 free days, you can have access to a world of in-depth analyses, investigative journalism, top opinions and a range of features. Journalism strengthens democracy. Invest in the future today. Thereafter you will be billed R75 per month. You can cancel anytime and if you cancel within 14 days you won't be billed.
Subscribe to News24
Related Links
NPA describes Zuma's latest bid to halt corruption case as hopeless - report
SCA dismisses Zuma's stay of prosecution application - report
My dad 'will be strong as ever' by time of his trial in May - Duduzane Zuma
Next on News24
BREAKING NEWS LIVE | Ten murdered in mass shootings in Eastern Cape