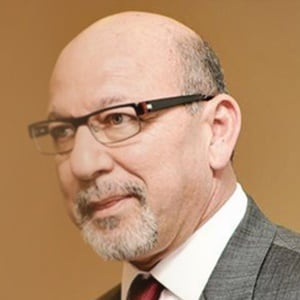 Former finance minister Trevor Manuel has called for all state capturers to be sent to jail, even if it means flouting tender procedures to get enough orange uniforms and handcuffs.

Manuel was speaking as part of a panel on public service during the Mo Ibrahim Foundation’s governance weekend at the Kigali Convention Centre in Rwanda yesterday.

Manuel said repurposing the public sector in South Africa and delivering services would not happen only through promises.

“And if the first big investment that President [Cyril] Ramaphosa makes is an adequate supply of handcuffs and orange uniforms, which is what people wear in prison, then so be it,” he said to a small collective gasp from the audience of former heads of state, businesspeople, politicians, consultants and lobbyists.

“If we don’t follow tender procedures to get there to deal with the problem, so be it. We have to demonstrate that change happened, forcefully, and that we will not tolerate corruption in the public service.”

“A number of us were appointed ministers before the age of 40, and so we could energise a public service with young, enthusiastic people who believed in the same values,” he said.

This attitude, however, changed after 2009, when former president Jacob Zuma was elected.

“What happened is that the vision, determination and impact of service was replaced by politics that’s a lot more venal.”

He said the judiciary was important in helping to call out state capture, and Parliament – although it was “euthanised” for a while – was also fulfilling its oversight role again.

He said there might be some legal impediments in the short-term to prosecuting those involved in state capture, but the full criminal justice chain should be followed from complaint to conviction.

“I’m confident that it will happen,” he said.

We live in a world where facts and fiction get blurred
In times of uncertainty you need journalism you can trust. For only R75 per month, you have access to a world of in-depth analyses, investigative journalism, top opinions and a range of features. Journalism strengthens democracy. Invest in the future today.
Subscribe to News24
Related Links
Prosecuting state capturers Ramaphosa's best hope of controlling the ANC
Multi-billionaire class the real 'state capturers', says Saftu
Presidency ordered to pay costs for withdrawal of state capture appeal
Next on News24
LIVE | SA records 1 569 935 Covid-19 cases and 53 940 deaths