Twenty-eight years ago SACP leader Chris Hani was shot dead in his driveway in an assassination that rocked the nation.

On Saturday SACP General-Secretary Blade Nzimande said at a commemoration service that for as long as no one comes forward to reveal the circumstances surrounding the 10 April 1993 assassination of SACP leader Chris Hani, the SACP will always oppose parole for his killer Janusz Walus, and will make sure he rots in jail.

Hani was shot and killed outside his Dawn Park home by the anti-communist extremist Walus.

He was sentenced to life imprisonment alongside his accomplice Clive Derby Lewis.

In a statement the SACP said while the weapon they used was taken from a military armoury, for 28 years now it has not been disclosed who took the murder weapon from the military armoury, which was under strict apartheid security, intelligence, and defence protection.

The communist party added that it has also not been divulged who else was involved in relaying the murder weapon from point to point until it reached Walus, and was used to steal Hani’s life.

For years Walus has been unsuccessfully trying to free himself on parole.

His latest bid for freedom was rejected by the North Gauteng High Court in Pretoria in February.

Speaking at the event, Ndzimande said:

That is why we say today, the fact that the whole truth has not come out about the circumstances that led to his (Hani's) assassination, Janusz Walus must rot in jail.

Ndzimande added, “... to Janusz Walus and Derby Lewis, they might have killed a communist, but what we also want everyone to know (is), they killed a husband and a family.”

Ndzimande also called on alliance partners the ANC to honour the memory of Hani by uniting.

He took aim at uMkhonto we Sizwe military veterans who are showing strong support to the for President Jacob Zuma and Secretary-General Ace Marhashule's RET faction. 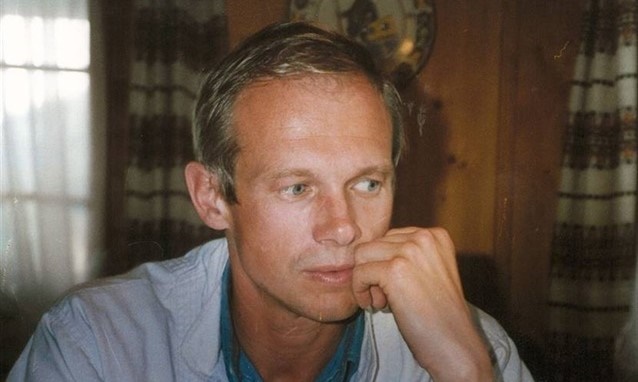 Hani was a former Chief of Staff of the joint ANC and SACP liberation army, uMkhonto weSizwe (MK), founded on 16 December 1961.

Ndzimande said: "Given who Comrade Chris was, we condemn very strongly the factionalist abuse of the name of uMkhonto we Sizwe. uMkhonto we Sizwe would never mobilise in support of some leaders against other leaders of the ANC or the alliance.

"Those of us who were here inside the country in the democratic movement, I grew up in KwaZulu-Natal in the late 80s and early 90s, we were actually going to some houses where brain matter of children was spilt because of counter revolutionary violence by the National Party and its surrogates.

"Were it not for the MK soldiers who helped us to build self-defence units, we would not be having a free South Africa today."

In a statement, the communist party said: “The SACP remains strongly opposed to parole for Janusz Walus and welcomes the high court judgment, dismissing his parole application. We further reiterate our stance for a fresh inquest into Hani’s assassination to unearth the entire truth.”

Speaking at the ceremony, President Cyril Ramaphosa said Hani contributed enormously to the struggle for freedom.

He described Hani as an unsurpassed person of action who was also a person of visionary intelligence and a profound thinker in the movement.

“He was a man of ideas but at the same time, he was a man of action. All these amazing attributes were combined within him. He was a person of total integrity and a person of high sense of humor - of absolute sincerity, a person (on) whose conduct not one stain could be found,” said Ramaphosa.

He also said Hani was a truly modern revolutionary, an outstanding and courageous soldier and a disciplined cadre.

“I would like to say that the spirit of Chris Hani will live on if we unite rather than divide. If we work together to destroy the demon of division amongst us. Comrade Chris Hani will continue living in our hearts and in our minds if we put the interests of our people above our own personal needs,” said Ramaphosa.