Beitbridge border fence contractors ordered to pay back the millions 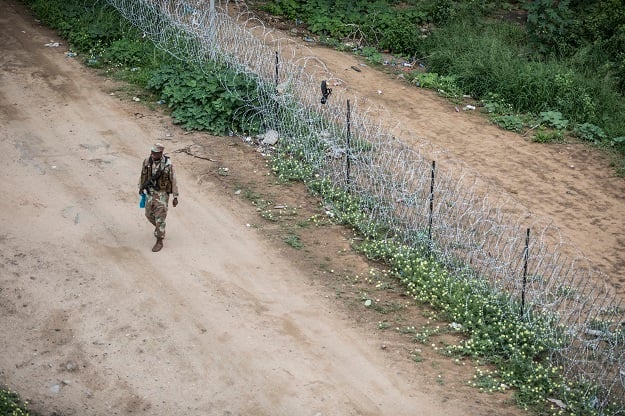 A SANDF soldier walks along the border fence that separates South Africa and Zimbabwe, near the Beitbridge border post.
Guillem Sartorio / AFP

Contractors who were paid millions before doing any work on the Beitbridge border fence have been ordered to pay back the profits they made from the controversial project.

The Special Investigating Unit (SIU) took Magwa Construction and Profteam CC to court in a bid to recover money from the R40-million Beitbridge border fence project.

In a judgment handed down on Tuesday, Special Tribunal Judge Lebogang Modiba said the biggest losers were the state and the public.

"The defendants (Magwa and Profteam) are divested of the profits earned from the contracts concluded under contract number H16/022 and HP14/075 between the Department of Public Works and Infrastructure and [themselves].

"Within 30 days of this order, the defendants shall deliver audited statements and debatement of account reflecting their respective income and expenditure in the contracts, supported by such expert report(s) as are necessary in the circumstances," Modiba said.

The SIU and Department of Public Works and Infrastructure were ordered to appoint a qualified expert to compile a report as to the reasonableness of the two companies' expenses, and file it with the Special Tribunal.

Furthermore, the Special Tribunal ordered the companies to pay back profits earned within 30 days of submitting the income and expenditure report.

In the event of a dispute in profits, the parties have been ordered to approach the Special Tribunal for an appropriate order on supplemented papers as necessitated by the circumstances.

"They have been deprived of the variety of public, social and economic benefits that flow from a solid border track at the Beitbridge border and are saddled with a deficient border fence," Modiba said.

The department's national bid adjudication committee (NBAC) approved both bids for the project in March 2020. On 18 March, the NBAC approved the appointment of Magwa Construction, to provide contractor services at a cost of R37 million.

The next day, Profteam CC's appointment was approved to provide professional services at the cost of R3.2 million.

READ | Beitbridge fence contractors back in business, no longer on Treasury’s barred list

The fence that had been delivered to the department was easily scalable, poorly built and of low quality.

The SIU’s investigation uncovered several irregularities, including the pre-payment, after which the department was interdicted, prohibited and restrained by the Special Tribunal from making further payments pending the conclusion of the civil case.

The R40.4-million contracts were reviewed and set aside by agreement between the parties.

Previously, the firms also argued that the department's representatives had told them that the project had ministerial and/or presidential approval.

They were banned from doing business with the state at one stage, but were later removed after approaching the Gauteng High Court in Pretoria.