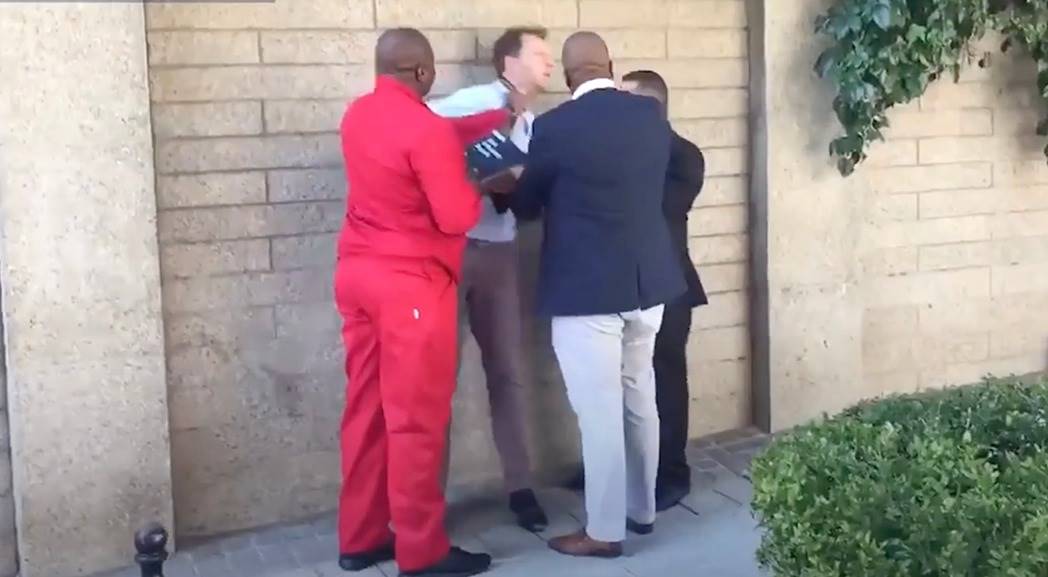 EFF deputy president Floyd Shivambu is expected to be tried for common assault in February next year.

This, after the National Prosecuting Authority (NPA) denied the representations he made to it on why he should not be prosecuted.

De Kock's editor, Henriette Loubser, also said: "Negotiations between Mr Shivambu and Mr De Kock to settle the matter outside of court have been unsuccessful. Mr De Kock is prepared for the rest of the process."

The incident occurred while the media was covering a party disciplinary matter between former Cape Town mayor Patricia de Lille and the DA on the parliamentary precinct.

De Kock was part of a group of media representatives who took photographs and reported on the matter.

He snapped a photo of Shivambu who responded by pushing him against a wall. But a security officer on the precinct intervened.

According to court papers, Shivambu was released on a warning.

EFF leader Julius Malema and MP Mbuyiseni Ndlozi are currently on trial in the Randburg Magistrate's Court for allegedly assaulting a police officer.

Lieutenant Colonel Johannes Jacobus Venter alleged that the two men assaulted him at the Fourways Memorial Park cemetery on 14 April 2018 at the funeral of struggle stalwart Winnie Madikizela-Mandela.

We live in a world where facts and fiction get blurred
In times of uncertainty you need journalism you can trust. For 14 free days, you can have access to a world of in-depth analyses, investigative journalism, top opinions and a range of features. Journalism strengthens democracy. Invest in the future today. Thereafter you will be billed R75 per month. You can cancel anytime and if you cancel within 14 days you won't be billed.
Subscribe to News24
Related Links
Opposition parties underwhelmed, but ANC welcomes Tito Mboweni's budget
Tshwane council on Friday expected to elect new mayor for rudderless administration
Discussions around combining elections would not affect next year’s local government elections - IEC
Next on News24
LIVE | Covid-19 in SA: Cases rise by 941