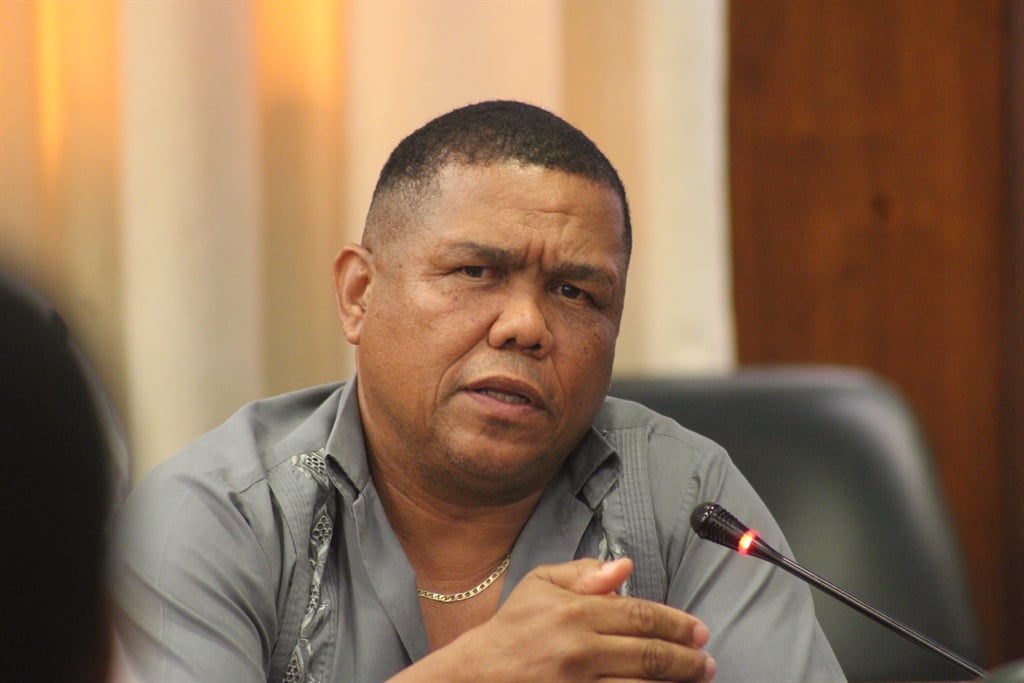 Suspended ANC Member of Parliament (MP) Mervyn Dirks has approached the Western Cape High Court, seeking an urgent interdict to prevent the ANC parliamentary caucus from appointing another MP to replace him, and that he be reinstated with immediate effect.

In court papers filed by Dirks’ attorney Godrich Gardee on Monday afternoon, he requests that the court compel the chief whip of the ANC's parliamentary caucus, Pemmy Majodina, and the ANC to appear before the court and provide reasons why he should not be reinstated.

Dirks wants the court to interdict Majodina and the ANC from "appointing an alternative member as the ANC Scopa whip", and for any other roles held by Dirks.

Dirks, through his lawyers, maintains that the withdrawal of his membership from Scopa and his precautionary suspension is unlawfully and unconstitutionally.

"This forms the basis on which the relief is sought in the notice of motion," argues Dirks.

He adds that established practices that occured when a member of Scopa made a presentation on a matter related to public accounts were, in his case, not followed.

"First, when there is an allegation of the abuse of public funds which is brought to the attention of a member of Scopa, the member must make presentations to all of the Scopa members.

"Second, whenever an issue arises that needs a decision, such as in the instance of my referring the above-mentioned allegations to Scopa, then that member will be required to come and make presentations in support of the letter of referral. This is what is termed a 'petition'.

"Third, Scopa then affords that member the opportunity to address it on the petition to enable Scopa to make an informed decision as to which steps to take moving forward. The exercise of this function is through a voting process. The voting rights of each member is held by virtue of their membership with Scopa. Each of the Scopa members also exercises their duties and functions by means of voting. Only Scopa members will have the right to decide on the matter," Dirks’ argument reads.

He then proceeds to the rights afforded to the president when summoned to appear before Scopa would never be afforded to him, given that he had been suspended and barred from exercising his rights as an MP.

"In the circumstances, my precautionary suspension denies me the right to be part of the adjudication process, which is a part of my oversight role as empowered by the Constitution, as a member of Parliament, and as a member of Scopa. My precautionary suspension also denies me the right to participate in the voting process, which is the only manner in which Scopa members are able to exercise their oversight role when an allegation of this nature is petitioned," says Dirks.

He goes on to add that his call for Ramaphosa to be investigated was informed by precedence that has been set in the past.

"Scopa had summoned the former Minister of Social Development, Bathabile Dlamini, for questioning on the welfare grant crisis when Sassa’s contract with Cash Paymaster was renewed in 2017.

"Scopa has summoned the former Minister of Water and Sanitation, Nomvula Mokonyane, for the misappropriation of about R249 million in 2017.

"Scopa has summoned the Department of Water and Sanitation for questioning on the irregular, fruitless and wasteful expenditure amounting to about R2.4 billion in 2016," argues Dirks.

The suspended MP insists that "Scopa is responsible for the oversight of the financial expenditure of the executive and is mandated to further investigate and consider such matters should it be alleged that public funds have been utilised for unauthorised purposes".

“This mandate includes determining: how the alleged unauthorised expenditure was captured in the financial statements; whether it was detected by the auditor general and if so how they were reported; and if not detected, it must be determined whether there was any conduct that constitutes misrepresentation by any official.”"

Dirks also questions his suspension by the ANC, saying the manner in which it was conducted did not follow due process, and hence was unlawful.

"It appears my precautionary suspension is one made in terms of rule 25.56 to 25.70 of the ANC Constitution, which refers to the temporary suspension of a member of the ANC.

He goes on to highlight that at no point in time did the NEC, the NWC, the PEC, or the PWC put any accusations to him.

"I also highlight that I have not been afforded any amount of time to respond to whatever those accusations may be. I am advised that this is against the principles of natural justice and the audi principle," reads Dirks’ court papers.

The former ANC MP was informed of his suspension in a letter from Majodina, dated 20 January.

His court application comes a day before Scopa is set to hold discussions on his letter related to the alleged misuse of funds by ANC president Cyril Ramaphosa.

"This further serves to notify you of the intention of the Office of the Chief Whip to place you on precautionary suspension with immediate effect in order for the necessary investigations to take place," the suspension letter stated.

During the period of suspension, Dirks has been instructed to no longer carry out his duties as the whip of the ANC Scopa Study Group, and as the "Questions Whip" of the ANC parliamentary caucus.

Majodina said Dirks' membership of the ANC's strategy group would also be suspended, while his Scopa membership would be withdrawn.

"You will be removed from caucus WhatsApp groups, and you are specifically prohibited from engaging on any media platform in any way whatsoever regarding this matter," the letter stated.

The letter said that Dirks would, in the next seven working days, be provided with further details on when his disciplinary proceedings would commence.