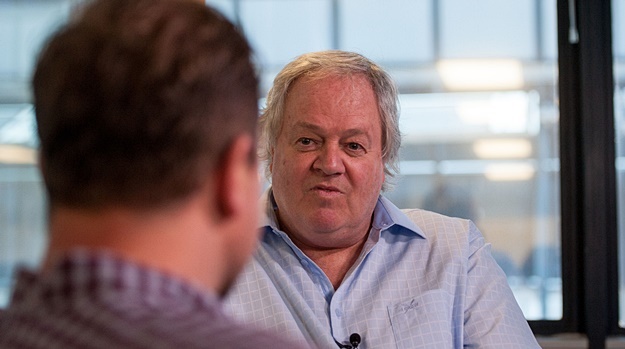 Journalist Piet Rampedi has 24 hours to retract and apologise for statements he posted on social media calling fellow journalist and author Jacques Pauw a "molester".

The conditions sent to Rampedi by Pauw's lawyer, Willem de Klerk, demand that he must immediately remove the offending statements from all platforms, where they were originally published, as well as publish an unconditional retraction and apology within 24 hours.

De Klerk considers the comments to be "false and defamatory".

Rampedi must also provide the President's Keepers author's lawyer with an unconditional written undertaking that he will cease and desist from publishing the offending statements or similar statements in future.

"Should you fail to comply with these demands within 24 hours of transmission of this letter, our client will launch appropriate legal proceedings against you without further notice," said De Klerk in a copy of the letter seen by News24.

It was sent on Wednesday afternoon.

The letter refers to posts on Rampedi's social media pages, which includes the account @PietRampedi "on or about February 18 and 19".

Pauw was lambasted with regard to findings in a report by the Office of the Inspector General of Intelligence on some of the allegations contained in his book and comments made in association with excerpts from the report.

In a preface to a copy from an extract of the report, comments on Rampedi's account claim Pauw is a "molester", lied in his reporting on the SA Revenue Service and said the Gupta family had "bankrolled" his newspaper.

An extract from the lawyer's letter reads: "The offending statements were intended and understood to mean that Mr Pauw is dishonest and untrustworthy as a journalist; that his journalistic work is motivated by a racist agenda and that he is a sex offender who molested young boys and for which he refuses take responsibility.

"Your claims and accusations of and concerning Mr Pauw are devoid of any truth, highly defamatory and infringe on Mr Pauw's constitutional right to dignity. By posting the offending statements on more than one social media platform, you clearly intended for the statements to be widely disseminated, which is precisely what had transpired and is ongoing."

The lawyer's letter that my attorney sent to journalist Piet Rampedi a few minutes ago in reaction to him calling me a paedophile, liar and racist on Twitter. pic.twitter.com/B3o1K59ndk

Rampedi told News24 he had received the letter of demand and intended defending himself.

In a follow-up message, he added: "I have received a 'cease-and-desist' lawyer's letter from [Jacques Pauw] who demands a retraction and apology."

Rampedi said he would never be intimidated by Pauw. "I'm consulting a lawyer with a view to defending the matter in court."

11) I welcome racist liar @Jaqqs's potential legal action. It gives us an opportunity to ventilate this and other matters in court, to give our respective versions of events, and most importantly to cross examine each other. I have no intention to retract and apologise to Jacques pic.twitter.com/DjcnWk2Paw

Rampedi, who also goes by the moniker "Mr Putin" on Twitter, was named as the assistant editor of Sunday Independent last November. He previously worked as an investigative journalist at the Sunday Times.

In the tweets, he also called Daily Maverick editor-in-chief Branco Brcik a "modern-day Joseph Goebbels" for being part of an apparent propaganda campaign.

Goebbels was the minister of propaganda in Nazi Germany.

We live in a world where facts and fiction get blurred
In times of uncertainty you need journalism you can trust. For only R75 per month, you have access to a world of in-depth analyses, investigative journalism, top opinions and a range of features. Journalism strengthens democracy. Invest in the future today.
Subscribe to News24
Related Links
CR17 twitter spat between media colleagues ends in death threats, internal complaint
'I was never scared' - Jacques Pauw after SARS drops litigation
VIDEO: Hawks raid home of author Jacques Pauw
Next on News24
LIVE | SA death toll at 54 687, as the number of new cases now at 1 592 626