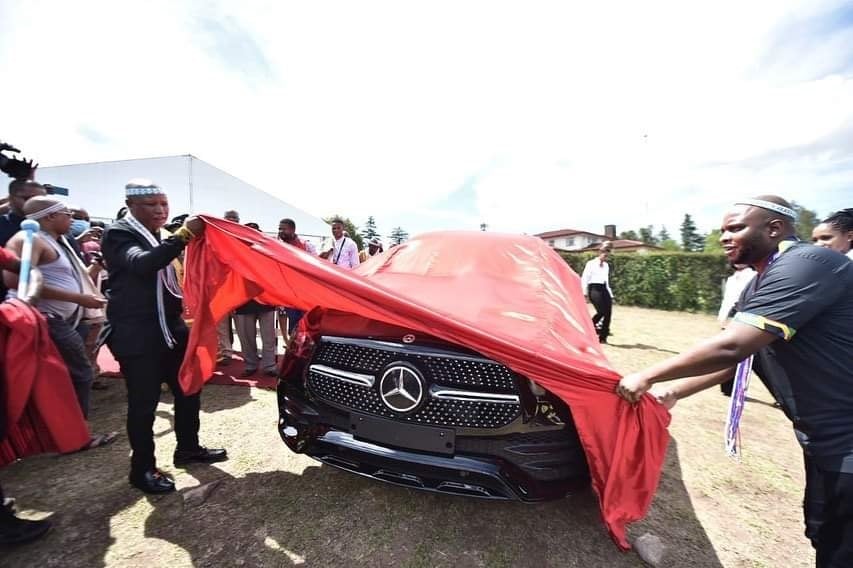 This was revealed by the monarch at his Nkululekweni Palace in Mthatha on Saturday, shortly before he accepted a luxury Mercedes-Benz GLE SUV from EFF leader Julius Malema.

The gift was unveiled by Malema and his deputy, Floyd Shivambu, at a glitzy red-carpet event.

The EFF leader lived up to a promise he made while on the campaign trail just before the municipal elections when he said he would buy Dalindyebo a vehicle.

READ | King Dalindyebo to get keys to R1.8m Mercedes-Benz GLE Coupe on Saturday

Dismissing and ridiculing public opinion that Malema was bribing him for votes, Dalindyebo said:

I want you to know that the ANC also bribed me. Mandela bought me a van when he was still the president of the ANC, yet no one said anything about that.

He also revealed when he was released from prison in 2019, he did not have a car and was helped out by Patrice Motsepe.

"There is a man named Patrice Motsepe. He bought me a Tucson. It's still in a good condition, being driven around by my father-in-law."

Dalindyebo said: "If you are in your right mind, why would Patrice Motsepe bribe me? Make no mistake he is a member of the ANC. He did not give me a car because of politics."

He rubbished the bribe claims, adding he was not bribable and he proved so when he left the ANC, despite getting a van from Mandela.

"The CIC [Malema] knows me that I am not someone to be bribed."

He also took a swipe at the ANC, saying it wanted to turn kings into "ceremonial sluts".

Dalindyebo did not elaborate on his statement.

Explaining his friendship with Malema, he said they both leaned on each other for support after they were "reduced into orphans by the ruling party".

The ANC expelled Malema in February 2012 despite him begging for mercy, while Dalindyebo was imprisoned by Jacob Zuma's administration.

During his speech, he said the EFF leader deserved to be made an honorary chief of the AbaThembu.

A week before the elections, Dalindyebo joined Malema on the campaign trail in Mthatha and urged the AbaThembu nation to vote for the EFF.

Speaking at the car handover on Saturday, Malema dismissed the idea he bribed the king for votes. He also attacked the government.

"We are not here to bribe the king because we were with the king in prison. Why do they say we are bribing him when we were there with him in prison when they all abandoned him and decided to imprison a king. What this government did was taboo."

He said the EFF had insisted on the king's release from prison and tried everything in its power to facilitate it, including bringing the best legal minds to the table.

"When he engaged in a hunger strike, we were the ones who convinced him to eat." 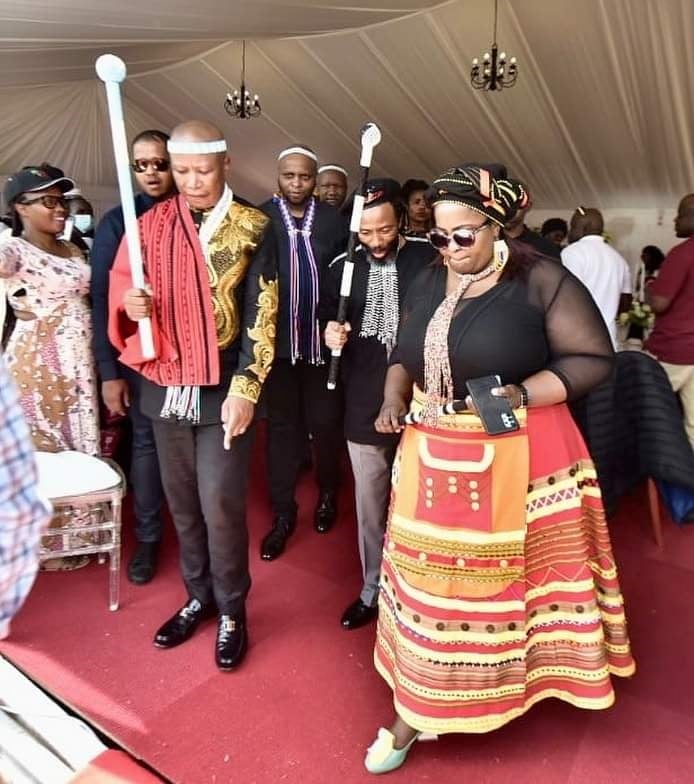 Dalindyebo told the crowd at the ceremony Malema and other EFF leaders had ensured he called off the hunger strike, refusing to leave his hospital bedside until they saw him eating.

He was rushed to Life St Dominic's Hospital in East London after refusing to eat prison food while serving his sentence.

The car keys were handed over to Dalindyebo and his wife, Queen Nokwanda, by Malema and Shivambu in front of a cheering crowd.

Dalindyebo said Malema exceeded his expectations with the SUV.

In July 2013, Dalindyebo defected from the ANC and joined the DA, but his membership was terminated immediately after losing his appeal in the Supreme Court of Appeal in 2015 and jailed for 12 years.

He was sentenced for kidnapping, assault, arson and defeating the ends of justice following his conviction in 2009.

He was imprisoned for terrorising his subject in the 1990s.

However, Dalindyebo was released from prison by President Cyril Ramaphosa on a special remission of sentence on 23 December 2019 after serving only four years.

The kingdom said the gift had restored Dalindyebo's dignity.

We want to hear your views on the news. Subscribe to News24 to be part of the conversation in the comments section of this article.
We live in a world where facts and fiction get blurred
In times of uncertainty you need journalism you can trust. For 14 free days, you can have access to a world of in-depth analyses, investigative journalism, top opinions and a range of features. Journalism strengthens democracy. Invest in the future today. Thereafter you will be billed R75 per month. You can cancel anytime and if you cancel within 14 days you won't be billed.
Subscribe to News24
Next on News24
BREAKING NEWS LIVE | Opposition parties will apply for motion of no confidence against Ramaphosa for Phala Phala farm debacle