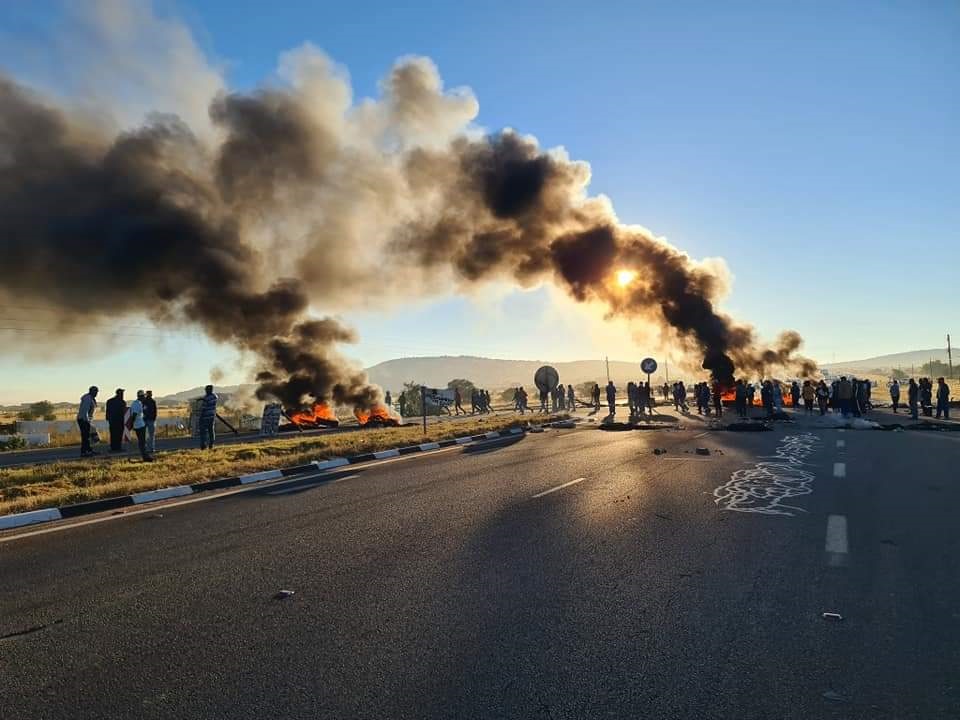 Protests in Phalaborwa, Namakgale and Lulekani have disrupted services in the area.
Tzaneen Voice

Limpopo police have deployed reinforcements to Phalaborwa due to violent protests over the past couple of days.

Protestors have used burning tyres and barricades to block major routes such as the R71 and R40. The protests have affected Phalaborwa, Namakgale and Lulekani.

According to the Tzaneen Voice, residents started protesting on Friday over water and electricity services.

Motorists coming from Tzaneen and Phalaborwa, heading to Polokwane this morning are urged to abandon the R71 and advised to use the road from Unit C to Sebayeng and R81 in order to get to Polokwane.#TzaneenVoice pic.twitter.com/LNG4erd3dA

"As a result of these violent protests, a decision has been taken to deploy more police members to contain the situation and to hunt down the instigators and anyone involved," Mojapelo said.

Protesters have used burning tyres to block the R71 next to Mamahule before Dalmada from Nobody.

"We will not hesitate to take strong action, including arresting anyone who instigates or participates in this violence. The police will maintain their strong presence in the affected areas to contain the situation and we therefore urge our communities to return back to their normal lives," Ledwaba said.

Anyone with information about the perpetrators has been urged to contact the district commissioner of Mopani Major General Maggy Mathebula on 082 499 1969, the Crime Stop number 08600 10111 or the nearest police station.