AS IT HAPPENED | Robbery at residential properties recorded a decrease of 5.8%, while carjackings increased 13%

WATCH the stream on News24

In the briefing on the national crime stats, the police announced an increase in the crime rate, led by Gauteng and KwaZulu-Natal.

The North West and Free State had the largest decreases in community reported crime.   In particular, murder increased by 1.4% and sexual offences increase by 1.7%.

Residential property robbery decreased by 5.8%, but carjacking was up 13.3%.

Umlazi and Inanda are the most problematic areas in KwaZulu-Natal, said Cele.

General Khehla Sitole said that resource deployment has helped to stabilise the Western Cape and there was specific national attention focused on farm attacks.

Cele said that 312 new recruits were being trained to help combat gender-based violence and highlighted the victim-friendly police rooms to keep victims safe.

Regarding police members who break the law, Cele said that the appointment of the new IPID head would expedite cases of police misconduct, though he added that there were "bad apples".

"For those good men and women who do their work, bravo to them," Cele said in praise of diligent police members.

Cele described truck hijacking and violence as labour-related issues, but insisted that the police would act regardless. There's a going to be a reduction for police with the use of technologies like drones, says Sitole

Integrated teams are employed to combat rhino and elephant poaching The question that is raised here: Is truck driving a scarce skill?

Cele says police will be on the front line in the fight against gender-based violence.

Police have recruited 312 new members to be trained specifically for gender violence.

It is an inter-ministerial issue and the police are part of that, says Cele. Most murders during this period happened in public spaces (9 714 cases), example on the street, open field, recreational areas. 5 522 murders happened in places of residence.

The main reason for murders was due to a misunderstanding or arguments (3 447 cases), next it is domestic related (1 482 cases). Tweet from @azarrahk

#crimestats Cele says the police had two bad financial years, so something had to be done to stabilise. Now that WC stats have been stabilised provides an opportunity for it to decrease going forward. "We are not there but we on the right direction". @TeamNews24

Bad police will be arrested by good police, says Cele. For those good men and women who do their work, bravo to them, says Cele.

Says it is painful to arrest members of the police, but it is necessary to do so

The Western Cape still has a high crime rate for murder despite reductions, says Cele.

Cele says the Western Cape is stabilised now, and in a position to go down.

"We're not there, but we're on the right direction."

Says that the new head of IPID will help the organisation police the police "bad apples". The Western Cape still has a high crime rate for murder despite reductions, says Cele.

This amounted to 303 murders more than the previous year - an increase of 1.4%.

Reservists have been utilised as well in terms of traditional policing. Cele says he takes a dim view of police members who do not help victims, especially victims of violence. Police are not there to give advice to the victims, says Cele. Farm killings are taken very seriously, says Cele. It's one area where we'd like to respond quickly to reduce attacks.

Cele says that the farm attack in the Northern Cape, nothing was stolen. He questions the motive of the criminals. Says that in the KwaZulu-Natal case, we might be dealing with domestic violence.

Adds that nothing is wrong with the position, but rather with crime.

Deployment in the Western Cape has stabilised the province Cele says hostels give a lot of problems Stats do not include crime under lockdown.

Most of the rape happens near shebeens, says Cele. We do have a problem with environmental design in Umlazi, Cele adds

Cele answers questions. Says he was justified by the courts when he was police commissioner 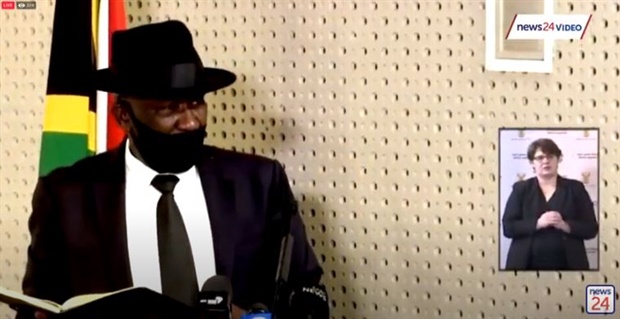 There were 73 murders of police officers, the highest in KwaZulu-Natal

Alcohol played a significant role in contact crimes such as murder, assault and rape – 844 cases related to murder

Robbery at residential properties recorded a decrease of 5.8%, while carjackings increased 13% #crimestats Jennifer Dikeledi Ntlaseng has been appointed as the Executive Director of IPID, Cele says. "We trust that her appointment will bring about much stability and direction for this entity to conduct its work without fear or favour." @TeamNews24

Parliament approved the new amnesty period which is scheduled to commence on the 1 August 2020.

The proliferation of illegal firearms remains a major contributor to crime levels in the country. The 2019 Firearms amnesty commenced on the 1 December 2019 and was meant to run until the end of May 2020.

In the previous amnesty period, 44 033 firearms and 246 060 rounds of ammunition were surrendered. Over 19 thousand new applications of expired licenses were received.

He says 113 police have died in the line of duty KwaZulu-Natal has the highest number of murders says Cele

ANC MP Jaqueline Mofokeng says she is very worried about the crime statistics. This after DA MP Andrew Whitfield showed a discrepancy between the reported rapes and the figure provided for rapes at the GBV figures. Tweet from @gerbjan

South Africa had 21 325 murders between 1 April 2019 and 31 March 2020, the police announced to the Portfolio Committee on Police on Friday.

This is 303 murders more than the previous year, and increase of 1.4%.

FF Plus thanks Cele for rural safety strategy

FF Plus leader Pieter Groenewald thanked Police Minister Bheki Cele for the police's national rural safety strategy, while the DA claimed the government is not doing anything about farm attacks.

Abusers should be forced out of homes, not survivors, says Cele

Abusers should be forced to leave their homes, not those they hurt, Police Minister Bheki Cele said.

GET THE DETAILS ON NEWS24

73 police members were killed in the past financial year, 38 while off duty. #crimestats @TeamNews24