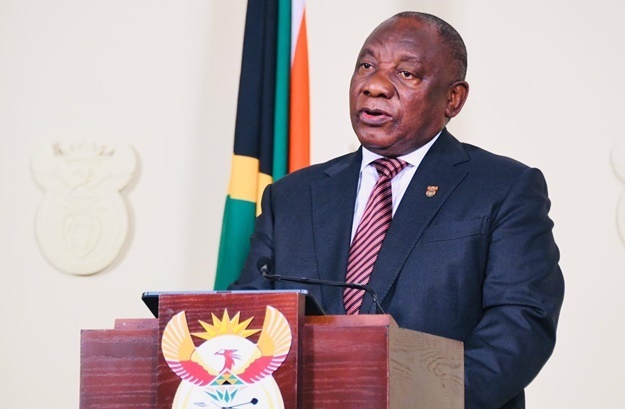 While it is too early to draw definitive conclusions over the coronavirus outbreak that hit our shores, President Cyril Ramaphosa said on Thursday the evidence showed the lockdown is working to slow its spread.

Ramaphosa announced a two-week extension to the nationwide lockdown, which was due to end on 16 April, during a televised address from the Union Buildings in Pretoria.

Restrictions will now continue until 30 April.

"Since the lockdown came into effect, the rate at which new cases have been identified here in South Africa has slowed significantly. From 1 170 confirmed cases on 27 March, the number of confirmed cases today stands at 1 934," he said.

Eighteen people have died, according to the Department of Health.

This represented an average increase in daily cases of around 42% before the lockdown, but since the restrictions were implemented this had dropped to around 4%, Ramaphosa said.

READ | Ramaphosa takes pay cut, calls on MPs, public officials and execs to do the same

"While we recognise the need to expand testing to gain a better picture of the infection rate, this represents real progress," he added.

Ramaphosa also thanked the country for extensive efforts undertaken in the past days and weeks and announced further, extensive measures that will be undertaken in the coming weeks, including a significant increase in testing as well as economic and social support packages.

‘Our immediate concern is to slow down spread, prevent massive loss of lives’

Save lives and protect livelihoods

Package of support measures for business

- The president, his deputy, all ministers, their deputies, and provincial premiers will take a pay cut of one third of their salaries which will be donated to the Solidarity Fund.

- A comprehensive economic recovery plan is being prepared, with certain sectors of the economy set to return to operations during the "second lockdown".

#covid19SA EFF "all EFF Public Representatives, inclusive of Members of Parliament, Members of Provincial Legislatures, and Councillors will contribute a third of our monthly salaries to the COVID-19 Solidarity Fund" (@tshidi_lee) pic.twitter.com/7AIgIxWpdg

Current lockdown rules would remain in place and Ramaphosa urged adherence to the rules.

"Unless we take these difficult measures now, unless we hold to this course for a little longer, the coronavirus pandemic will engulf, and ultimately consume, our country. We all want the economy to come back to life, we want people to return to work, we want our children to go back to school, and we all want to be able to move freely again," he said.

"But our immediate priority must remain to slow down the spread of the virus and to prevent massive loss of life."

#CoronavirusSA ‘A new reality awaits,’ says Ramaphosa. Then adds: ‘we will craft a uniquely South African response’.
And to end: ‘Much is being asked of you, far more than should ever be asked.

‘But we know that this is a matter of survival, and we dare not fail’. pic.twitter.com/cI8Bo6aOPU

Worst yet to come

A senior official at the National Institute for Communicable Diseases (NICD), Professor Cheryl Cohen, told News24 in an interview before Ramaphosa's speech that stringent lockdown measures had slowed the spread of Covid-19, but the worst was yet to come as winter fast approached.

Cohen, the co-head of the NICD's Centre for Respiratory Diseases and Meningitis and an associate professor of epidemiology at the University of the Witwatersrand, who is a crucial figure in the fight against the virus spoke to News24 on Thursday in a wide-ranging interview.

Cohen said the current slowdown in new daily infection numbers was as a result of the travel ban imposed by Ramaphosa which halted the importation of cases from countries where the spread of the coronavirus was already exponential.

The lockdown had, in effect, bought the country time to prepare and rollout mass testing campaigns, she added, which were intended to identify cases in the communities, find hot spots of infections and take measures to prevent further spread in those areas.

If a wider outbreak was to occur, Cohen expected it would affect affluent and less affluent citizens alike, saying the concern was that the impact would be greater in communities living in crowded conditions.

The effect of the lockdown has been to slow down the spread of the virus, but she said it was known and accepted there was local transmission - people infecting others - in the country, and many of the cases had not yet been identified.

"We expect the cases may come up. It's also accepted the number of cases we see reported is not all the cases. Nobody is saying that's all the cases in SA.

"The epidemic is in a sense evolving. What we saw in the beginning, with the exponential increases in numbers, the vast majority of that was importation of cases and it was reflecting in fact, the exponential growth in other parts of the world that are ahead of us on the curve."

Since the implementation of lockdown, the number of daily confirmed cases has dropped to between 20 and 90 a day.

Viruses such as #COVID19 spread through droplets and contact of person-to-person. If you believe you may have been exposed, isolate yourself and call your primary care physician or contact the public hotline 0800 029 999 to seek medical help. pic.twitter.com/ClKhpq9dtS

With winter fast approaching, Cohen said, it would prove even more difficult to find Covid-19 cases among the tens of thousands of people who get other respiratory illnesses every year, adding the government had responded to this challenge by rolling out mass testing and screening campaigns.

The virus, she added, was going to be with us for the foreseeable future - until a vaccine was found.

Sign up for Lockdown Living, our new daily newsletter for life during shutdown

We live in a world where facts and fiction get blurred
In times of uncertainty you need journalism you can trust. For only R75 per month, you have access to a world of in-depth analyses, investigative journalism, top opinions and a range of features. Journalism strengthens democracy. Invest in the future today.
Subscribe to News24
Related Links
IN FULL | 'Struggle is far from over': Read Ramaphosa's statement on 2 week lockdown extension
WATCH: Ramaphosa praises 'unsung heroes' at CSIR for helping SA stay ahead of Covid-19 curve
ANALYSIS: Covid-19 and the redemption of Zweli Mkhize, the ultimate political survivor
Next on News24
LIVE | Covid-19 in SA: 210 new infections as death toll rises by 7

Lucky Sunday for 3 Daily Lotto players
Full list of lottery results
Lockdown For
DAYS
HRS
MINS
Voting Booth
Facebook is facing a fresh crisis after a former employee turned whistle-blower leaked internal company research. Do you still use Facebook?
Please select an option Oops! Something went wrong, please try again later.
Yes, the benefits outweigh the risk for me
32% - 2330 votes
No, I have deleted it
38% - 2761 votes
Yes, but I am considering deleting it
31% - 2251 votes
Previous Results
Podcasts
PODCAST | Ballot Box: Why Facebook is not doing enough against election misinformation