Lockdown: Land occupation will not be tolerated - Sisulu 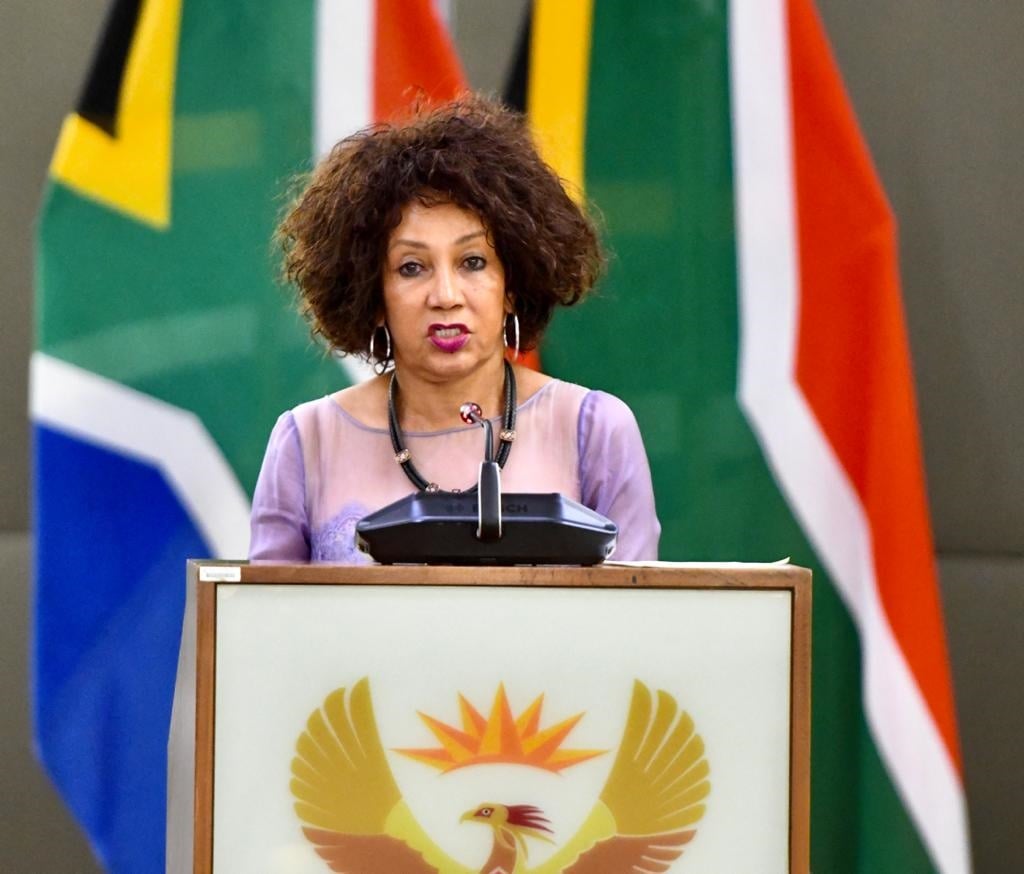 Human Settlements, Water and Sanitation Minister Lindiwe Sisulu has said while evictions were not allowed during the national lockdown, land occupations would not be tolerated.

Sisulu and her officials briefed the National Council of Provinces (NCOP) on the department's Covid-19 response plan on Tuesday.

The minister said all provinces were prohibited from evicting people, according to National Coronavirus Command Council guidelines.

"When we say there should be no land invasion, it is actually that what we mean. The responsibility of making sure it happens is a law enforcement matter. It is in our regulations therefore we expect that the law enforcers will make sure that any land that is on the brink of being invaded is protected appropriately," Sisulu said.

She said during the lockdown, government had both the police and the South African National Defence Force to help prevent land occupations.

"We are working on this to make sure that we can put it into effect, but what we have done is make sure that we put it in regulation so that nobody can use their power to evict anybody. We are all parties please to spread this word... invasions will not be tolerated in this lockdown. We have a plan to try and de-densify areas. We are coming to every area that is possible that we have identified, and we have discussed with the communities," she said.

Last week, the City of Cape Town was slammed for their actions after a video of a naked man, who was in the process of bathing, was seen being dragged from his shack in Khayelitsha and wrestled to the ground by officers.

At first Cape Town Mayor Dan Plato described the incident as shameful, but later claimed Qolani removed his clothes as a tactic to make the City of Cape Town look bad.

READ ALSO | Naked eviction: Cape Town mayor claims 'to some extent it was a staged act'

Sisulu said while land occupations were illegal, nobody would be evicted.

"Once somebody is in their house that has been put up, if there is any eviction necessary the law enforcement agencies are required to approach the courts to do that. They may not do what was done in Empolweni (Khayelitsha). Between ourselves and the Human Rights Commission, we have taken this on review to the courts. It is a breach of human rights on a prenominal level and it will not be accepted," she said.

Sisulu also said provision has been made to provide water for those living in informal settlements.

Rand Water CEO Sipho Mosai said tanks have been delivered to a total of 158 municipalities and districts between March and June.

We live in a world where facts and fiction get blurred
In times of uncertainty you need journalism you can trust. For 14 free days, you can have access to a world of in-depth analyses, investigative journalism, top opinions and a range of features. Journalism strengthens democracy. Invest in the future today. Thereafter you will be billed R75 per month. You can cancel anytime and if you cancel within 14 days you won't be billed.
Subscribe to News24
Related Links
Human Settlements, Water and Sanitation dept lays criminal charges against former board CEOs
Minister and chief executive both exposed by cover-up for union kingmaker
Lockdown: Sisulu hits back over criticism of temporary wooden houses for indigent families
Next on News24
BREAKING NEWS LIVE | Boy, 9, killed and mother critically injured after gunmen riddle vehicle with bullets