Bubbly and living life to the full – this is how her loved ones have described Jolandi le Roux, who fell to her death at Chapman's Peak in Cape Town at the weekend.

Le Roux had been celebrating her 31st birthday when tragedy struck. Authorities have not yet released information on the circumstances leading up to the accident.

Family, friends and colleagues were shocked by the news, taking to social media to offer their condolences.

Le Roux had been married for just over a year and worked at online clothing site Superbalist.

Her brother Jacques de Villiers said on Facebook: "Death leaves a heartache no one can heal. Love leaves a memory no one can steal."

One woman commented: "And what a life she lived... Baie ander bestaan net – sy het voluit geleef. Gebede omvou julle in hierdie tyd. Dit bly onwerklik!!! (Many others just exist – she lived life to the full. Prayers wrap themselves around you in this time. It remains unreal!!!)

Someone else said: "I'm extremely sorry for your loss. She was an unbelievable woman, loved by many." 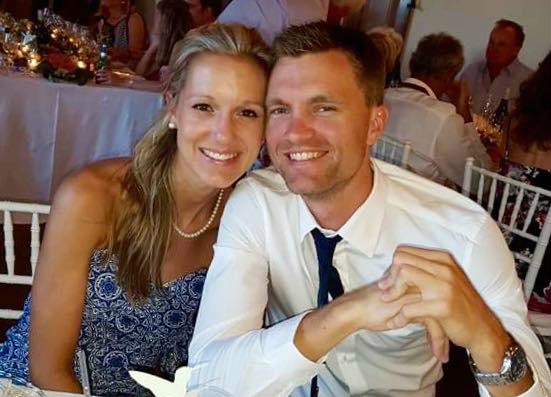 The National Sea Rescue Institute (NSRI) was alerted on Sunday "following eyewitness reports of a woman who had fallen from the cliff", said spokesperson Craig Lambinon at the time.The Western Cape's emergency medical services ambulance and rescue squads responded along with the South African Police Service and Wilderness Search and Rescue (WSAR) team."On arrival on the scene, it was found that a woman from Sea Point had slipped and fallen over the edge at Lookout Point."She was celebrating her birthday with her family," said Lambinon.

He told News24 that he could not comment on whether the spot from where the woman fell was dangerous terrain.

Visitors urged to be 'extra careful'

"Rescuers were deployed to the scene on a cliff face below Lookout Point by the Skymed rescue helicopter, by NSRI sea rescue craft, and WSAR and EMS (emergency medical services) technicians deployed in a high-angle rescue operation."Sadly, the woman succumbed to injuries sustained in the fall."Her body was recovered and taken into the care of forensic pathology services.

"It is unfortunate and sad that with the start of the festive season this had to happen on Chapman's Peak Drive, however, at the same time incidents like these will highlight the need for all [visitors] to be extra careful wherever they travel and, most importantly, to take note [of] signage placed in dangerous areas and [to] obey the rules at all times," general manager Mark Jacobs told News24.

He said there was clear signage at that spot warning visitors not to climb over the rails.

The sign states: "CAUTION! Strong winds and steep cliffs. Please stay behind the fence at all times."

He was not there to witness the incident, but urged visitors in future to stay behind the rail at that particular spot.

Jacobs said visitors could contact the company's call centre on 021 791 8220 should any incident happen or be observed at the popular tourist spot.

De Villiers indicated the family would hold a memorial service for his sister in Bellville on Wednesday.

Those who will attend the service have been urged to make a contribution to the NSRI or mountain search and rescue in lieu of bringing flowers.

We live in a world where facts and fiction get blurred
In times of uncertainty you need journalism you can trust. For only R75 per month, you have access to a world of in-depth analyses, investigative journalism, top opinions and a range of features. Journalism strengthens democracy. Invest in the future today.
Subscribe to News24
Related Links
Birthday tragedy: Sea Point woman's body recovered after fatal Chapman's Peak fall
Woman stabbed, mugged on Chapman's Peak hiking trail
Missing woman's body found at Chapman's Peak
Next on News24
LIVE | Covid-19 in SA: Cases hit 1 605 252 as death toll rises to 55 012

Here are the winning Lotto and Lotto Plus numbers
Full list of lottery results
Lockdown For
DAYS
HRS
MINS
Voting Booth
Is social media doing more harm than good?
Please select an option Oops! Something went wrong, please try again later.
Yes, our children are exposed and we can't protect them
49% - 6222 votes
Yes, but social media is part of the new reality
45% - 5696 votes
No, it's great for growing a child's world view
5% - 664 votes
Previous Results
Podcasts
PODCAST | Too Many Enemies: Episode 1 - the assassination of billionaire Wandile Bozwana