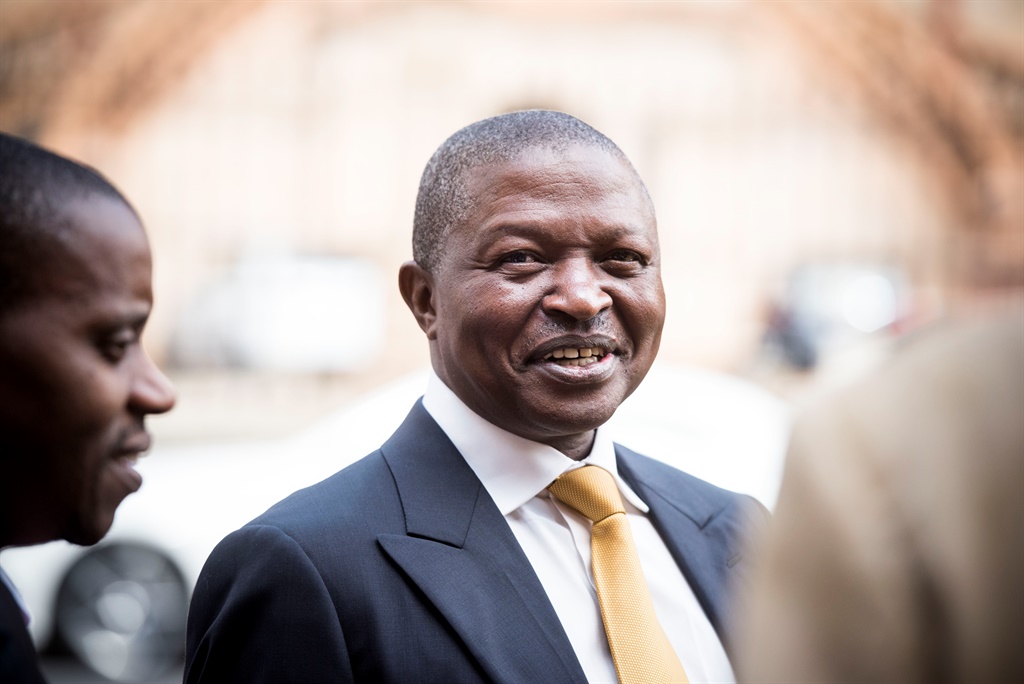 David Mabuza outside the North Gauteng High Court during the hearing of a civil claim case between him and Mathews Phosa on May 09, 2016 in Pretoria, South Africa. (Photo by Gallo Images / Beeld / Theana Breugem)

Deputy President David Mabuza is making R30m available for the procurement and distribution of fodder for the farming communities in the drought-stricken Northern Cape.

According to a statement by the Presidency, the Northern Cape was currently experiencing persistent drought in its five districts.

"Currently, below average vegetation condition is being experienced over most areas, whereby almost 15 500 farms with a carrying capacity of about 613 447 large stock units," it said.

"Noting the direct impact of the current drought and potential escalation if it prevails, the government held a successful meeting with organised agriculture with the aim of developing intervention mechanisms to respond to this challenge."

Apart from the R30m that has been reprioritised by the government for fodder, Mabuza said it had committed itself to provide assistance for the production of fodder to increase the current capacity of the Fodder Bank that was established by the province.

"With regards to the challenge of water availability, the deputy president has directed the government to increase the capacity of water provision by drilling more boreholes through the Department of Human Settlements, Water and Sanitation.

"The government will engage with the Land Bank to establish ways to providing relief for defaulting farmers affected by drought. Various government departments will work together to resolve issues around declaration and classification of the drought in the Northern Cape," the Presidency said.

While on his visit, Mabuza also met with representatives of the Khoisan communities who raised issues around the outstanding land claims, progress so far achieved with regards to the Khoi San Bill and their participation in the structures of Traditional Leadership Council.

"Deputy President Mabuza has committed the government to follow up on all outstanding matters that relate to the provision of integrated support for farmers as well as issues affecting the leadership of the Khoisan communities," the Presidency said.

"This collective and rapid response by our government on issues raised in Parliament as a representative body of the people, indicates that when we work together in unity and prioritise issues affecting all our people beyond sectarian interests, our country can move forward with required speed," Mabuza said.

We live in a world where facts and fiction get blurred
In times of uncertainty you need journalism you can trust. For only R75 per month, you have access to a world of in-depth analyses, investigative journalism, top opinions and a range of features. Journalism strengthens democracy. Invest in the future today.
Subscribe to News24
Related Links
Gift of the Givers comes to aid of residents and livestock
SA miners may struggle to secure enough water - Moody's
Makana Municipality running out of water, introduces water rationing measures
Next on News24
LIVE | Covid-19 in SA: Infections rise by 1 862, deaths up by 110