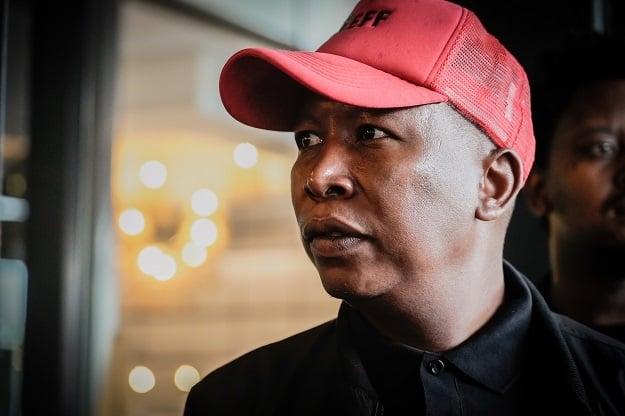 Speaking at a media briefing held by the EFF at its headquarters in Johannesburg on Tuesday, Malema said the move was motivated more by Ramaphosa wanting to have access to the almost R4 billion unaudited SSA yearly operation fund.

"The only reason why Ramaphosa has moved the political responsibility of SSA to be housed under the office of the presidency and his close ally Gungubele is the more than R4 billion operational slush fund.

"Cash that you take and don't account for. It is common cause that when the ANC went to its 57th conference, that operational budget of the SSA was used to fund certain candidates. That is what Ramaphosa was talking about in that leaked audio," said Malema.

The EFF leader also alluded to testimony that emerged during the commission of inquiry into state capture, saying there was an unnamed witness who gave testimony that money from the SSA slush fund was carried in bags of cash to fund ANC candidates at the party's Nasrec conference.

Giving testimony before the Zondo Commission in May 2021, SSA Inspector-General of Intelligence (IGI) Setlhomamaru Dintwe, detailed how monies within the institution were used "for other things".

He gave examples of how money was being siphoned from SSA and allegedly used to fuel "political tensions, funding a faction of the governing party and even terrorism".

The IGI confirmed the money was stolen in suitcases and lost, with no one held accountable. In his media briefing, Malema questioned the timing of Gungubele's appointment, given that the ANC was heading into another elective conference. He said this was more than just a coincidence.

"What the presidency is interested in is not SSA, it's the slush fund. They took that money there [under the Office of the Presidency] because he [Ramaphosa] is going to a conference at the end of the year.

"Most of Ramaphosa's donors can no longer donate to him given the legal challenges around trying to get access to the CR17 accounts that have followed the last elective conference, so he has been left with no choice but to seek other creative means of raising campaign money," said the EFF leader.

Malema added that what was incisive for political leaders in terms of the SSA funds, was the fact that the Auditor-General did not have clearance to audit its books.

This meant they could get to do as they wished with the funds without having to account to anyone, said Malema.

He added that while the SSA Inspector-General of Intelligence was, by law, entitled to have access to the SSA's financials, he revealed before the Zondo Commission, that he had been frustrated at every attempt to gain access to the entity's books.

Gungubele and Ramaphosa's spokesperson Tyrone Seale was not available to comment on Malema's allegations.

However, the Presidency had indicated previously that the move to give the political responsibility of the SSA to the Office of the Presidency, was in line with Ramaphosa's announcement on 5 August last year that the Ministry of State Security would be done away with and responsibility for the entity would in future reside in the presidency.

In the aftermath of the July insurrection and following a national outcry over the catastrophic failures of the security cluster, including SSA, in their inability to pre-empt the civil unrest, Ramaphosa made sweeping changes to his Cabinet, including the relocation of the SSA into the presidency under his direct control.

At the time, he also moved Deputy State Security Agency Minister Zizi Kodwa to oversee the SSA in the Presidency, notwithstanding he was heavily implicated at the Zondo Commission.