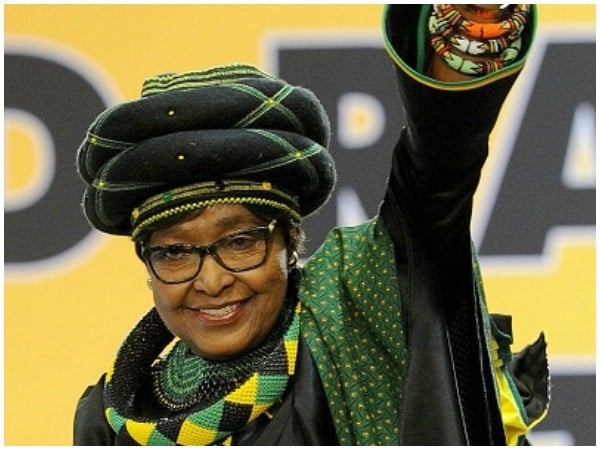 South Africans remembered struggle icon Winnie Madikizela-Mandela on Tuesday - the first anniversary of her death - for her role in anti-apartheid activism.

Messages, photos and videos of the stalwart dominated social media platform Twitter in memory of Madikizela-Mandela who died on April 2, 2018, at the age of 81.

"Dear #WinnieMandelaLives #WinnieMadikizelaMandela Just wanna let you know that we are continuing the struggle of liberating black African majority economically and socially," @MafambaT posted on Twitter.

Dear #WinnieMandelaLives #WinnieMadikizelaMandelaJust wanna let you know that we are continuing the struggle of liberating black African majority economically and socially under the umbrella of the @EFFSouthAfrica which is being championed and pic.twitter.com/3Q4njU8mQ6

Others spoke about the loss they feel a year on.

Big Mama words fail me. The reality of your loss still so hard to swallow, even after all this time. Your giant presence, strength&resilience has left a hole, but also a legacy in which to carry forward.Your legacy is our responsibility #WinnieMadikizelaMandela #SheMultiplied ??? pic.twitter.com/1h7qmi0HDL

“I’m like thousands of women in South Africa who lost their men to cities and prisons... I stand defiant, tall and strong,” Winnie Madikizela-Mandela #WinnieMadikizelaMandela #SheMultiplied pic.twitter.com/Xd3OWHJ1mg

Exactly on this day one year ago we lost the mother of the nation. She fought against apartheid against all odds. Her contribution to the liberation struggle is too immense and her sacrifices too great. We will always remember Winnie Madikizela Mandela.#WinnieMadikizelaMandela pic.twitter.com/GLj75BWD1M

#WinnieMadikizelaMandelaThe Queen of Africa who rests but will forever live on??? pic.twitter.com/PqWNnfwTZk

The EFF said in a statement on Tuesday that "we shall never rest until the attainment of total freedom for black people, particularly the return of the land. In her memory, we shall continue to fight against patriarchy and toxic masculinities that deny women, particularly African women, recognition and space to be fully human".

"The memory of Mama Winnie Madikizela-Mandela must also remind us of the role of the media in the destruction of the lives of freedom fighters. It is a fact that no one suffered more in the hands of liberal and right-wing media than Mama Winnie Mandela," EFF party spokesperson Mbuyiseni Ndlozi said.

The EFF said that the party would never tire in its efforts to ensure that the struggle icon's name was not forgotten.

"We shall never rest until her memory is truly and genuinely recognised in the degree it deserves."

It also called on South Africans to support the EFF's call to rename Cape Town International Airport by voting for the party.

"Only an EFF government will ensure that the renaming takes place on the second anniversary of the passing of Mama which will be on the 2nd of April 2020."

We live in a world where facts and fiction get blurred
In times of uncertainty you need journalism you can trust. For only R75 per month, you have access to a world of in-depth analyses, investigative journalism, top opinions and a range of features. Journalism strengthens democracy. Invest in the future today.
Subscribe to News24
Related Links
EFF's attempt to have Cape Town airport named after Madikizela-Mandela thwarted
The resurrection of Winnie Mandela: 'You have always been a leader, and a brave sort of woman'
Next on News24
LIVE | Covid-19 in SA: 19 842 new cases, 36 more deaths

3 bag the Daily Lotto jackpot!
Full list of lottery results
Lockdown For
DAYS
HRS
MINS
Voting Booth
President Ramaphosa has punted the idea of mandatory Covid-19 vaccinations for South Africans. This is:
Please select an option Oops! Something went wrong, please try again later.
The right thing to do. We desperately need more South Africans vaccinated to prevent further mutations and restore normality in our lives.
70% - 12751 votes
A risky strategy. Compulsory vaccinations may have unintended consequences and damage our rollout campaign.
30% - 5427 votes
Previous Results
Podcasts
PODCAST | The Story: The Omicron variant and what we know so far