Man seriously injured after driving into tree in Meyerton, Gauteng 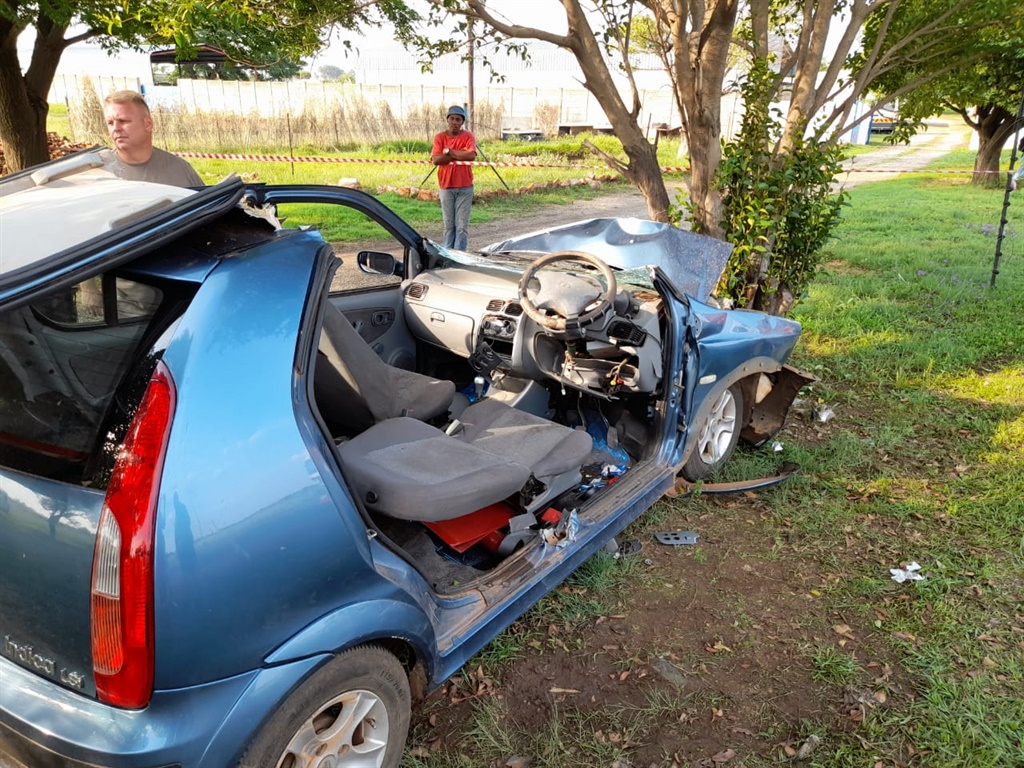 The wreck of a car that crashed into a tree in Meyerton.
ER24

A man in his 60s was seriously injured on Thursday when his car crashed into a tree off Meyer Road in Meyerton, Gauteng.

At about 16:00, paramedics arrived on the scene to find the light motor vehicle on the side of the road against the tree, ER24 said in a statement.

Midvaal Fire Services had already removed the man from the vehicle.

Medics assessed him and found that he had sustained numerous injuries and was in a serious condition.

The man was treated and provided with pain-relief medication before he was transported to Sebokeng Provincial Hospital for further care.

We live in a world where facts and fiction get blurred
In times of uncertainty you need journalism you can trust. For only R75 per month, you have access to a world of in-depth analyses, investigative journalism, top opinions and a range of features. Journalism strengthens democracy. Invest in the future today.
Subscribe to News24
Related Links
WATCH | Cop critically injured at KwaZulu-Natal accident scene where car rolled into river
Horror KZN accident: Taxi became 'wedged between two trucks', says Mbalula
Bloemfontein woman dies from heart attack following car crash
Next on News24
LIVE | Covid-19 in SA: Death toll at 21 083, with 772 252 confirmed cases