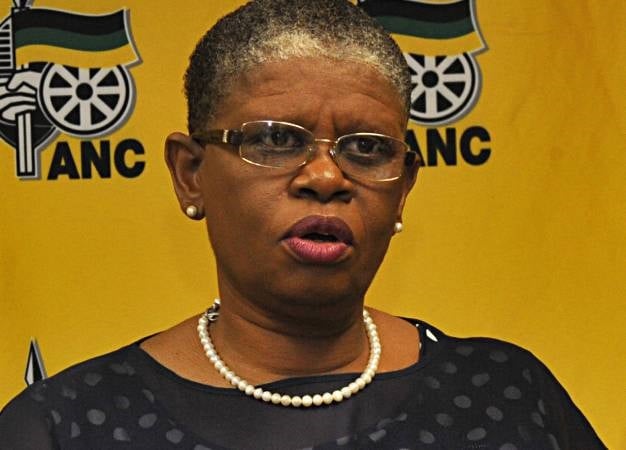 The ANC's provincial executive committee (PEC) has announced that embattled eThekwini Mayor Zandile Gumede's special leave will be extended for a second time as a decision on her future has still not been made.

Provincial secretary Mdumiseni Ntuli made the announcement at the ANC's headquarters in KwaZulu-Natal on Tuesday.

Ntuli said provincial leaders had received a report from the provincial working committee (PWC) on those who are facing court challenges. It decided to allow more time for the PEC to finalise matters against the affected members.

The special leave therefore applies to both Gumede, who is currently facing corruption charges in the Durban Specialised Commercial Crimes Court, and Newcastle mayor Ntuthuko Mahlaba, who was arrested on a murder charge.

Fawzia Peer continues to act as the mayor in eThekwini.

This, after the ANC's mother body at Luthuli House instructed the structure to pronounce on the matter.

Gumede was forced to take leave by the PEC, led by chairperson Sihle Zikalala, after her arrest and subsequent release on R50 000 bail.

She has been charged with fraud and corruption related to a R208m Durban Solid Waste tender.

Her suspension was upheld in July, which led her supporters to protest through the streets of Durban, clashing with police.

Gumede, a strong political figure in the province with ties to former president Jacob Zuma, has been blamed for the City's poor service delivery.

Since the ANC in KwaZulu-Natal put her on special leave, Gumede has, from a distance, attempted to assert herself.

She is alleged to have used municipal buses to transport hundreds to march on her party's head office in the Durban CBD.

The SACP in the province has also called for her to be recalled. The alliance partners said the ANC would face the wrath of the eThekwini community if she was not recalled, The Citizen reported.

We live in a world where facts and fiction get blurred
In times of uncertainty you need journalism you can trust. For only R75 per month, you have access to a world of in-depth analyses, investigative journalism, top opinions and a range of features. Journalism strengthens democracy. Invest in the future today.
Subscribe to News24
Related Links
KZN ANC working committee to hand over report on Zandile Gumede
Zandile Gumede supporters 'remain militant' as decision on her future looms
Zandile Gumede supporters to challenge interdict: 'We don't know why we can't march'
Next on News24
LIVE | Covid-19 in SA: Cases rise by 4 514 as death toll goes up by 20

Here are the results for the Daily Lotto draw
Full list of lottery results
Lockdown For
DAYS
HRS
MINS
Voting Booth
Matric results are out! Are you happy with your child's result?
Please select an option Oops! Something went wrong, please try again later.
No, the pandemic really messed up their ability to focus
34% - 735 votes
Yes, they did well given the circumstances
66% - 1449 votes
Previous Results
Podcasts
LISTEN | The Inge Lotz Story - a miscarriage of justice