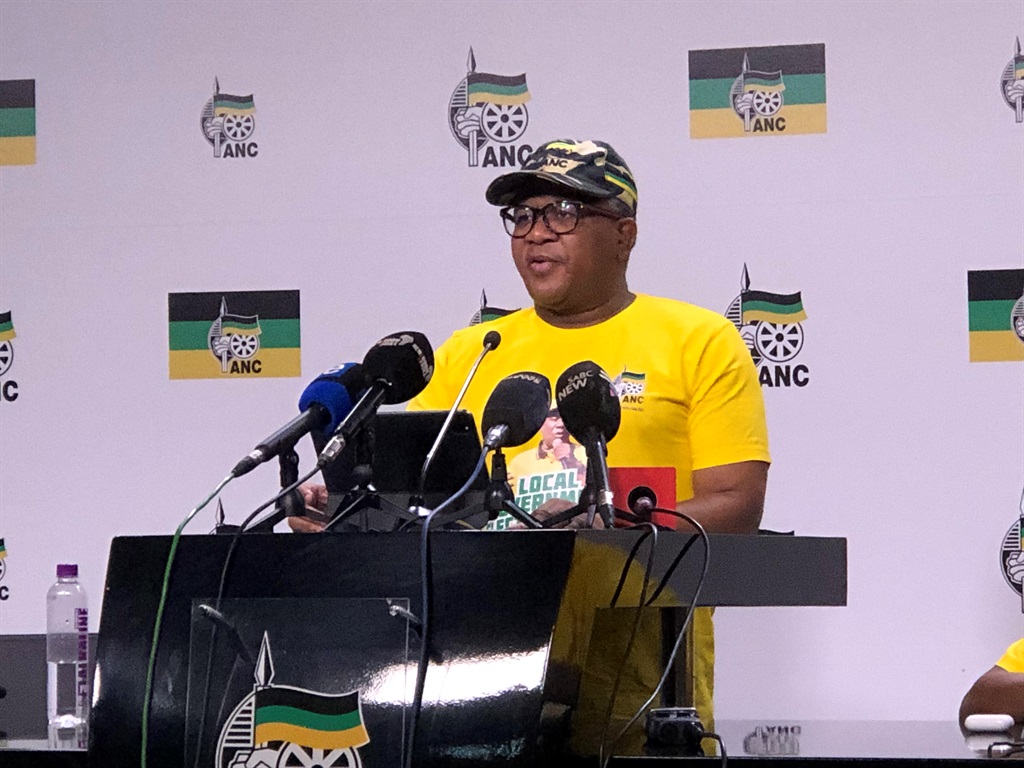 ANC head of elections Fikile Mbalula confirmed on Thursday there were calls from within the party for members of its national executive committee (NEC) to resign following a dismal showing at the municipal elections and taxing coalition negotiations.

Mbalula was speaking at a media briefing at Luthuli House to discuss developments following the establishment of councils throughout the country.

He was quick to add the NEC had long accepted collective blame for the party's performance and what was needed, going forward, was for the ANC to take stock of what had happened and correct the mistakes that led to South Africans not voting for it.

[In Pictures] @MYANC media briefing on Local Government latest developments following the establishment of councils throughout the country will now be addressed by Head of Elections Comrade @MbalulaFikile, Head of Organising Cde @nomvulamokonyane and Spokesperson Cde @MabePule . pic.twitter.com/jiFEUlFZli

"Before accepting collective responsibility, which we do, we have to also acknowledge that the outcomes actually turned out better than they would have been.

"Had the party not intervene when it did and started its renewal projects, things would have been worse … we are evaluating what happened, where we lost, where there is coalitions and how many of our people did not come to the party and from which areas…

"Opposition parties failed to annihilate us at the weakest we have ever been, so we can only go up from here,” said Mbalula.

He added what was more disheartening was the fact that even in areas where the ANC did well, party members were now taking each other to court because of diluted candidate selection promises.

"Then there is Limpopo; that is where the ANC is governing with no problems. We don't have coalitions in Limpopo because we did well, but even now it's the ANC versus the ANC, with members taking each other to court," said Mbalula.

His media briefing comes after the ANC received a bloody nose after it was reduced to below 50% nationally for the first time since democratic municipal elections began.

Further rubbing salt onto the wound was that the party failed to secure coalitions with opposition parties and lost further ground when it lost control of all three metros in Gauteng.

In terms of coalition talks, Mbalula disputed allegations by the EFF that talks collapsed because the ANC had not been interested in talking about principles but was in a rush to discuss power sharing.

"It's untrue what [the EFF leader Julius] Malema said. We never got that far in our talks with them. We only had one meeting and when we were supposed to have the follow-up meeting, we heard that they were no longer willing to talk to the ANC.

"Maybe, they were never willing to engage and used the talks as a scapegoat to say that talks failed with the ANC and then went on to support the DA," he said.

Lucky Sunday for 3 Daily Lotto players
Full list of lottery results
Lockdown For
DAYS
HRS
MINS
Voting Booth
The EFF has voted with the DA to ensure they now govern Johannesburg, Tshwane and Ekurhuleni. Was this:
Please select an option Oops! Something went wrong, please try again later.
A brilliant strategic move by the DA not to make formal coalition agreements
24% - 1929 votes
A brilliant strategic move by the EFF to force the DA to negotiate with them
16% - 1305 votes
A recipe for disaster and five more years of unstable local government
60% - 4803 votes
Previous Results
Podcasts
PODCAST | The Story: New era in South African politics dawns - leaving ANC to lick its wounds