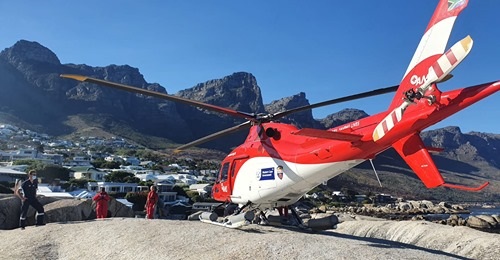 The body of a surfskier was found adrift, offshore of Cape Town, after he was reported to be overdue from a paddle on the Atlantic Seaboard.

The search for the 46-year-old Scottish national, who had lived in South Africa for some time, carried on until at least midnight.

The search resumed at first light and the man was found drifting west of Bantry Point, still strapped to his surfski, by a Skymed helicopter.

Emergency Medical Service divers were deployed into the water by the rescue helicopter, and the surfskier was taken to shore by a sea rescue craft.

The NSRI extended its condolences to the surfskier's family.

"Police have opened an inquest docket. No foul play is suspected and all indications are that this was a tragic accident at sea," Rosenberg said.