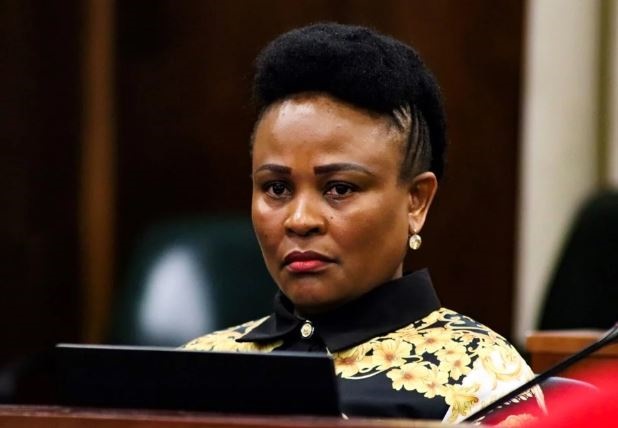 It has also dismissed Public Enterprises Minister Pravin Gordhan and Pillay's applications for a cross appeal in so far as the court found against them.

The matter was determined without an oral hearing.

"...There is no reasonable prospect of success of the appeal. Put differently, we hold the view that there is no prospect that another court may come to a different conclusion in this case. Therefore, the application for leave to appeal and cross appeal the judgment fall to be dismissed," the court ruled.

In December 2020, the court ruled that Mkhwebane's findings, which stated that Gordhan acted unlawfully, was irrational, as were her recommendations.

Her report found that the allegations that Gordhan irregularly approved the early retirement of Pillay with full retirement benefits and his subsequent retention at SARS, were substantiated, News24 reported.

It also found that Gordhan's conduct amounted to improper conduct as envisaged by the Public Protector Act.

In her remedial action, she recommended that the president take appropriate disciplinary action against Gordhan for failing to uphold the values and principles of public administration entrenched in Section 195 of the Constitution, and the duty conferred on members of Cabinet to act in accordance with the Constitution, in terms of Section 92(3)(a).

The court also found that Gordhan's assertions that Mkhwebane was driven by an ulterior, political agenda in her report on his role in the early retirement of Pillay, are "suspicions and mere speculation".

News24 previously reported that in his application, Gordhan questioned the timing of the release of the report.

He also provided her with his submissions on the findings 48 hours before she released the report and contended that she could not have given this due consideration and that it wasn't considered in the final report.

"I believe the report was issued when it was issued, with the findings and remedial action it contained, so as to enable a renewal of an ongoing political campaign against me by proponents of 'state capture' and defenders of corruption," Gordhan said in his affidavit.

Mkhwebane asked that the paragraphs containing these assertions be struck from the record.

The judgment read: "It is, also, condescending of the applicants to want to argue that the Public Protector would be unable to deal with their representations within a time period of 48 hours."

Mkhwebane released her report into the Pillay matter in May 2019.