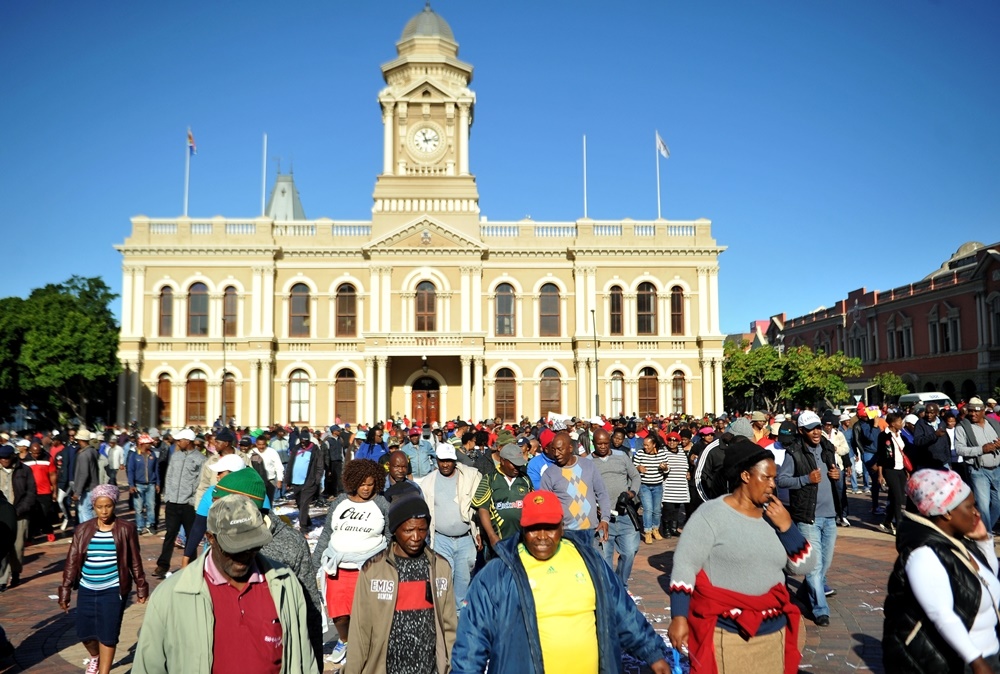 National Treasury has cracked the whip, warning the Nelson Mandela Bay municipality that it will withhold the transfer of grant funds because of a litany of alleged transgressions and the flouting of the law.

News24 has seen a letter from Treasury deputy director-general for intergovernmental relations, Malijeng Ngqaleni, in which the metro was lambasted for a failure to table and adopt the 2020/21 budget and the draft Integrated Development Plan (IDP) in line with Sections 16(2) and 24(1) of the Local Government: Municipal Finance Management Act.

In the letter, dated 29 June, Ngqaleni listed allegations of several transgressions by the municipality and its council, including the serious and persistent breach of prescribed measures in Section 216(1) of the Constitution.

Ngqaleni added that this was a reflection of weak and poor governance on the municipality's part.

"In addition to non-tabling of the 2020/21 MTREF (Medium Term Revenue and Expenditure Framework) budget, the following points confirm that the municipality is still faced with governance and institutional challenges and that warrants National Treasury to exercise its oversight role, and concomitantly implement remedies provided for in line with the Constitution and any applicable legislation."

The instabilities National Treasury referred to include:

"Given the above challenges, National Treasury considers it necessary to protect public funds by invoking Section 216(2) of the Constitution, read together with Section 38 of the MFMA (Municipal Finance Management Act), by withholding the transfer of funds which entails equitable shares and the conditional grants to Nelson Mandela Bay Metro, envisaged in Section 38(1)(a) and (b) of the MFMA."

Ngqaleni said he was giving the metro an opportunity to make written representations on the intention to stop the funds.

The DA said it intended to take the council to court after the passing of the City's budget, alleging that the budget and the appointment of Mapu on Monday were pushed under questionable circumstances.

"The tone was set from the very beginning when DA councillors were denied access to one of the venues that was allocated for today's council meeting. The DA, as the biggest party in council, was only allocated one representative to take part in the physical sitting with the speaker. This while the ANC was allocated 12 seats, the UDM two and one [for] each of the ACDP, PA, UF, AIC and COPE."

Bhanga added that once the meeting was under way, there was no opportunity for the DA or other parties to interrogate and debate the budget."

"There are very specific requirements set out in law, relating to voting for individual budget items. These were never voted on separately and would certainly affect the lawfulness of large sections of and specific items in the budget. Mapu was also appointed as acting City manager although he does not possess the necessary skills, expertise, competencies, and qualifications legislation prescribes for this position," he said.

News24 asked the ANC's regional task team co-ordinator, Luyolo Nqakula, for comment but he said only provincial secretary Lulama Ngcukayitobi could comment. Ngcukayitobi was not available.

In a letter to Nqatha, dated 6 June, Dlamini-Zuma said a report must include time frames for the filling of the mayoral vacancy, as well as measures to ensure voting takes place by secret ballot, should there be no candidate elected for the position.

The metro has been without a mayor since the UDM's Mongameli Bobani was booted out through a vote of no-confidence in December. Bobani was removed after his alliance with the ANC and the so-called Black Caucus fell apart. His removal led to a vacuum in the City, forcing the ANC to vote in his deputy, Thsonono Buyeye, as acting mayor.

National Treasury said in its letter that although the Municipal Structures Act provided for the deputy mayor to act in the position of a mayor in the absence of the latter, this was never intended to be perpetual.

"If challenged, a competent court may interpret this as irregular. This constitutes poor governance which might be irregular action by the municipality when one applies contextual and purposive approach to the interpretation of the relevant statutory provisions. The vacancy in the position of the mayor also compromises accountability and service delivery to the community, particularly the budget processes," National Treasury wrote.

One person bags R343k in the Daily Lotto jackpot
Full list of lottery results
Lockdown For
DAYS
HRS
MINS
Voting Booth
Have you gone out to eat a restaurant since restrictions have lifted?
Please select an option Oops! Something went wrong, please try again later.
Yes I have
13% - 1107 votes
No, but I plan to
16% - 1301 votes
No, and I don't plan to
71% - 5800 votes
Previous Results
Podcasts
PODCAST | THE STORY: Will removing statues representing oppression remedy ills of the past?