Motorists urged to avoid N18 in North West, closed due to flooding 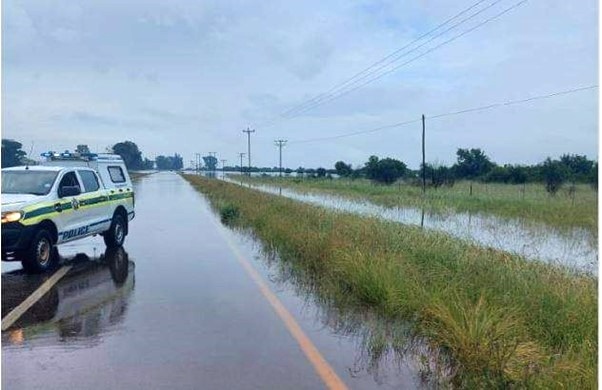 Motorists in the North West have been urged to avoid the N18 between Vryburg and Taung after it flooded on Thursday.

The flooding was as a result of torrential rains in the province. "Tygerkloof and Brussels on the N18 are reported to be flooded. Members of the Disaster Management team in the Dr Ruth Segomotsi Mompati District have been dispatched to all affected areas to provide the necessary assistance," said North West Cooperative Governance and Traditional Affairs spokesperson Dineo Mohlakoana.

Mohlakoana said the province was expecting more rain in the coming days and urged residents to co-operate with law enforcement.

"Motorists and pedestrians should avoid crossing flooded streams and rivers. Motorists are also requested to use alternative routes or cancel their trips until it is safe to travel."

2 people bag R250k in the Daily Lotto jackpot!
Full list of lottery results
Lockdown For
DAYS
HRS
MINS
Voting Booth
When a Covid-19 vaccine for under 16's becomes available, will you be taking your children to get it?
Please select an option Oops! Something went wrong, please try again later.
Yes, immediately!
38% - 3233 votes
I'll wait to see how others respond
26% - 2222 votes
No, I don't think they need it
36% - 3117 votes
Previous Results
Podcasts
PODCAST | MISSING MATTHEW EPISODE 3: Decades of false starts add to a family's despair