The officers charged with gross misconduct over the eviction of a naked man from a shack in Cape Town have been cleared.

This emerged during a Western Cape High Court hearing over the legality of the City of Cape Town's responses to the occupation of City-owned land without its permission. The case stems from the eviction of the naked man.

The four officers were charged after evicting Bulelani Qolani on 1 July 2020. An EFF official filmed the incident at the site in Baden Powell Drive, near to an occupied stretch of land the City was meant to use for waste water plant upgrades.

Asked what happened to the four officers, the City's advocate, Sean Rosenberg, SC, said he would find out during the tea break.

When court resumed, he said the case was heard by an independent acting judge.

"[The acting judge] found the officers, the parties involved in the episode, not guilty of gross misconduct charges," he said.

The officers were suspended after the incident was publicised widely .

During the hearing on Wednesday, the judges were told there was still a dispute over whether Qolani actually occupied the shack at the time he was chased around in the sand and whether the structure was broken down while he was in it.

The SA Human Rights Commission (SAHRC) took the matter to court, as promised, and it is being heard again in the Western Cape High Court after judges in an earlier hearing could not agree on a finding. the EFF joined the SAHRC in the matter.

It happened during the earlier stages of the Covid-19 lockdown, when businesses closed and many people said they had lost their jobs and accommodation.

The argument contained dense legalese, peppered with Latin and findings in previous judgments, with Section 26 of the Constitution, which relates to access to housing, woven through it.

These mostly focussed on an exhaustive examination of what constitutes possession of the property - from whether someone has to have the keys, if a stake in the ground is enough, and whether a builder possesses the property they are working in.

They also debated what constitutes occupation and whether somebody must live there every day, or whether they can return after sleep-out work during the week. Bulelani Qolani at the door to the shack which was torn down with him inside. It was rebuilt by neighbours.
News24 Jenni Evans

The court is also determining whether the Prevention of Illegal Eviction from and Unlawful Occupation of Land Act should have applied before the removal of the shacks, or whether the City of Cape Town is entitled to counter spoliate. Counter spoliation is a legal remedy that entails an owner getting back property that is in the process of being unlawfully taken away.

Rosenberg replied: "That is an absolutely contested issue on the papers."

Rosenberg submitted that according to the timeline the City compiled, the shack Qolani was in was put up overnight, according to observations by patrollers with the City's Anti-Land Invasion Unit (ALIU).

According to the City, the occupation of the land in the vicinity started over time from April 2020 onwards. An order was granted on 17 April to stop further occupation of land near where Qolani was tackled, and on 30 June, the ALIU noted,, while on patrol, that there were further occupations attempts in spite of the order.

The unit also saw four unoccupied structures and started moving them, but it became too volatile and they only managed to remove one before they could leave.

On 1 July, the ALIU went back to complete this removal and saw that two more structures had been erected, so five were occupied.

Rosenburg said it was at this point that the incident involving Qolani arose. 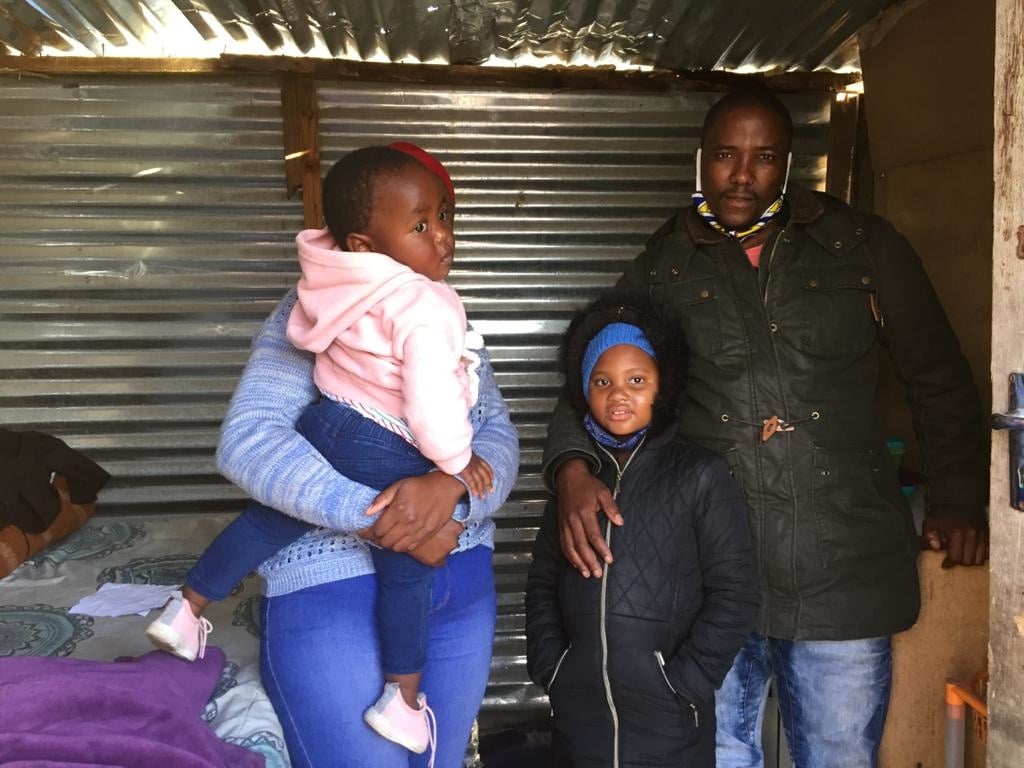 "Officials state that, in fact, the structure occupied by Qolani was unoccupied," Rosenberg said.

He said that in media reports, Qolani was quoted saying that he took occupation on 16 March 2020. In other reports, he said, it was mentioned that he was there two weeks before the incident, which means his reported occupation varies between three months and two weeks, by the City's count.

"The ALIU said his structure was not there the day before, on 30 June," Rosenberg submitted .

It was only seen when the unit returned on 1 July.

The City has stated that the land is in the way of a R162 million water pipeline to Khayelitsha, currently under construction. Opposite the land is the Zandvliet Waste Water plant.

Evidence of aerial photos by the SA National Space Agency shows portions of the property was unoccupied in November and December 2019, right through to 4 April 2020, Rosenberg said.

Rosenberg submitted that this contradicted Qolani's claim that he had been in occupation since 16 March 2020.

"Therefore, the circumstances of Qolani's occupation of his structure are strongly contested on the papers," Rosenberg said, adding that it was not possible to resolve this without hearing evidence.

The City also came under fire for apparently not realising that CapeNature owns a part of the land.

Saldanha said the City of Cape Town, which can only target City-owned land, should not have helped CapeNature with removals as the settlement expanded rapidly to about 3 000 shacks in the area between 10 July and 15 July 2020.

Saldanha wanted to know how the City could counter spoliate when it was somebody else's property. The City said it was helping CapeNature.

Lucky Sunday for 3 Daily Lotto players
Full list of lottery results
Lockdown For
DAYS
HRS
MINS
Voting Booth
Should Proteas star Quinton de Kock continue playing at the T20 World Cup even if he doesn't take the knee in support of the fight against racism?
Please select an option Oops! Something went wrong, please try again later.
Yes! He should be allowed to show his support any way he chooses
36% - 420 votes
No! If De Kock refuses to unite with his teammates, then he should be on the next plane home
12% - 139 votes
The only ones at fault here are Cricket SA, who have sabotaged another Proteas World Cup
52% - 607 votes
Previous Results
Podcasts
PODCAST | Ballot Box: An end to 'vat en sit' coalitions and how they will be regulated in the future