The Afrikaans and English editions of the controversial book The Lost Boys of Bird Island, in which claims of paedophilia are made against apartheid-era ministers, have been withdrawn from circulation in both print and digital formats.

The book will also not be reprinted, NB Publishers said on Friday in a statement.

"NB regrets and sincerely apologises for the emotional harm that the publication of the book may have caused the Malan and Wiley families."

In the book - which was co-written by Chris Steyn and Mark Minnie, who took his own life in August 2018 - three former National Party ministers, including strongman Magnus Malan and John Wiley, are named as central figures in a paedophilia ring that operated during apartheid.

The third former minister was not named in the book, but former finance minister Barend du Plessis publicly stated that he believed he was being implicated.

Last month, Tafelberg, a subsiduary of NB Publishers, which published the book, said it had withdrawn unsold copies of both the Afrikaans and English editions of the book from bookshops, and that the e-book had been removed from online e-trade platforms.

It said at the time that statements in the book may suggest that Du Plessis, though not mentioned by name, might have been involved in the sexual abuse of underaged boys.

"While attempts were made to conceal his identity, NB Publishers accepts that the books contain sufficient information to identify Mr Du Plessis as an involved party," it said. "The contested statements could not be verified independently. NB Publishers unreservedly apologises for the publication of these allegations to the extent that they implicate Mr Du Plessis, and for the attendant infringement of his dignity and impairment of his reputation, as well as the emotional distress this caused him and his family.

"In order to limit further distribution of the book, NB Publishers has withdrawn unsold copies of both the Afrikaans and English editions of the book from bookshops and the e-book has been removed from online e-trade platforms.

Last month, a statement issued by Du Plessis' legal representatives, Johan Victor Attorneys, described the book as a "web of lies". It added that Du Plessis had hired a private investigator who found a "lack of proper and substantive research by the authors and the publisher". 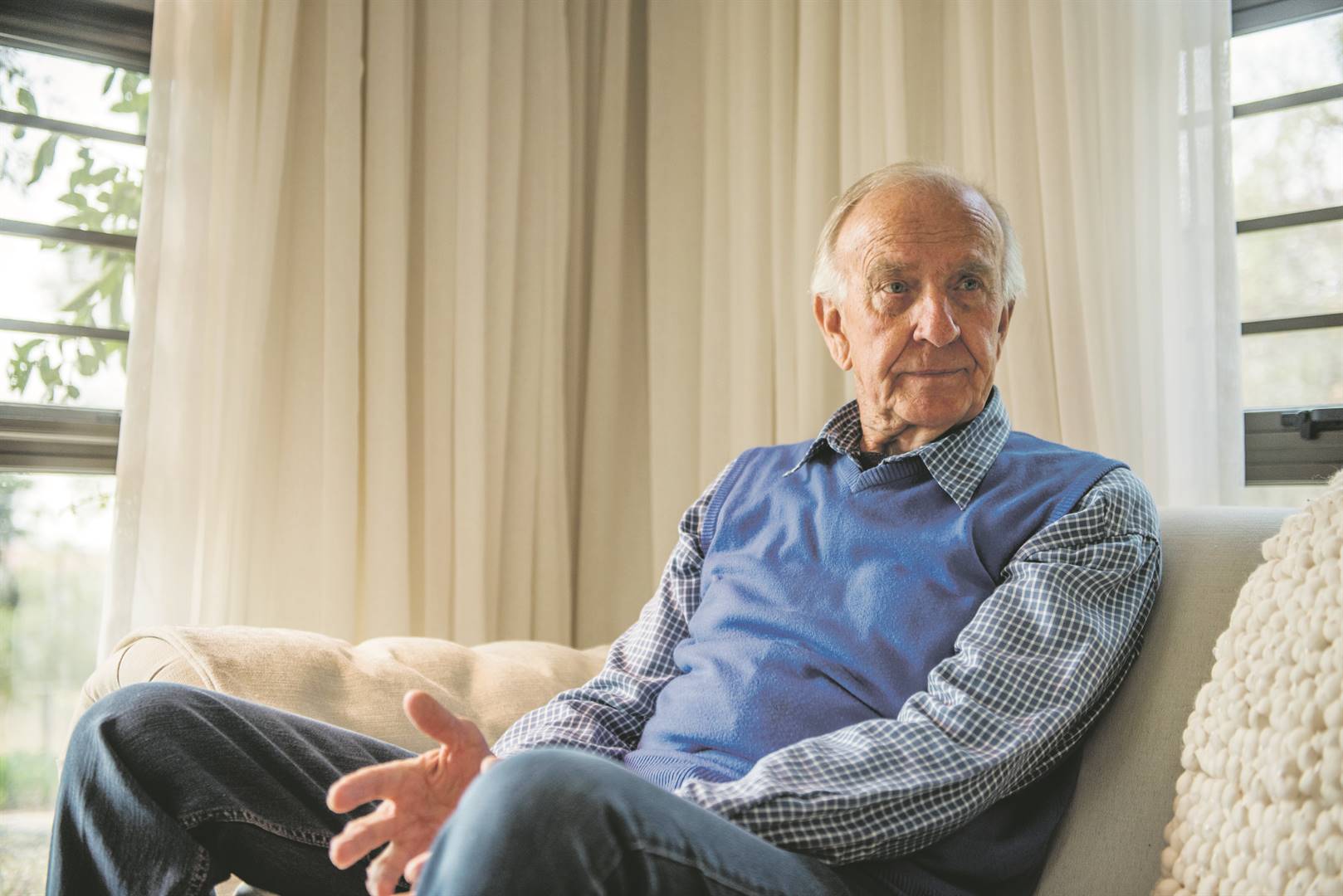 Former finance minister Barend du Plessis was not named in the book, but is one of the people the book alleged to be a paedophile. (Alet Pretorius)

In April last year, Afrikaans Sunday newspaper Rapport apologised for publishing accusations of sexual assault made against the National Party ministers in the controversial book.

"But none of the damaging accusations could be independently verified and our reporters could find no concrete evidence thereof," it said.

In addition, in an email to publisher Maryna Lamprecht of Tafelberg, sent two weeks before his suicide and four days before the book's publication, Minnie wrote: "We have no concrete evidence that any of the three ministers sexually assaulted any of the victims [mentioned in the book]."

In September 2018, News24 carried an exclusive, scathing review of the book by Pauw.

The book was no longer available on online platforms on Tuesday. The book was also not listed on NB Uitgewers' website.

We live in a world where facts and fiction get blurred
In times of uncertainty you need journalism you can trust. For only R75 per month, you have access to a world of in-depth analyses, investigative journalism, top opinions and a range of features. Journalism strengthens democracy. Invest in the future today.
Subscribe to News24
Related Links
'Rapport' apologises for publishing 'Bird Island' paedophile accusations against NP ministers
Boys of Bird Island co-author takes lie detector test after accusations that story was fabricated
Jacques Pauw slams authors of book alleging apartheid ministers' involvement in paedophilia ring
Next on News24
LIVE | Fauci says 'temporary' southern Africa travel ban is so the US can 'buy time to prepare'