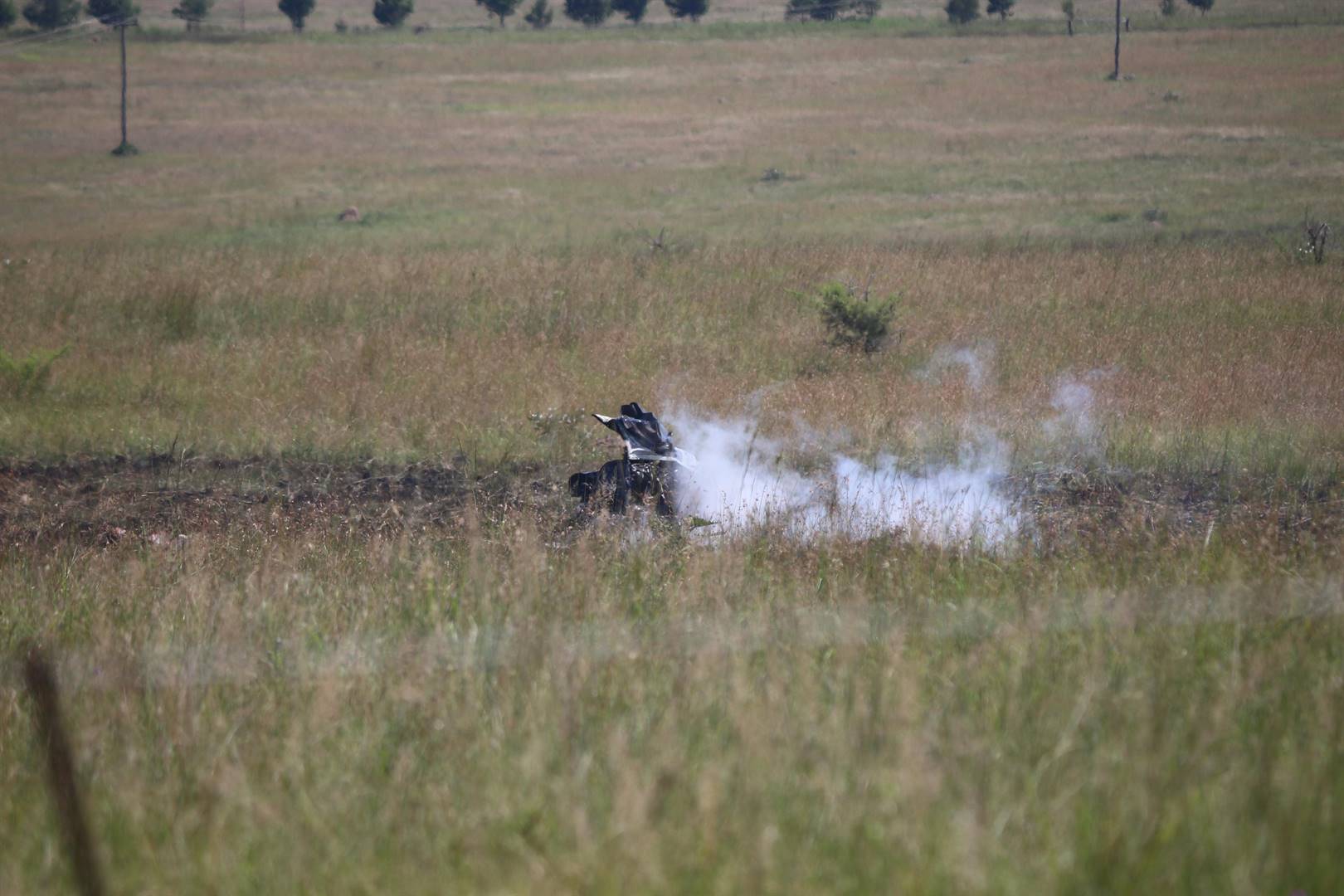 The Netcare 911 air ambulance was reduced to mere ashes after an eye witness reported that it exploded into flame in mid-air. (The Witness)

The SA Civil Aviation Authority (Sacaa) is currently collecting evidence which may shed some light on what caused a helicopter crash that killed four healthcare workers and a pilot this week.

The two doctors, a nurse, a paramedic and pilot were en route to pick up a critically ill patient in KwaZulu-Natal on Thursday when the helicopter crashed in Bergville. The patient was to be transported to Netcare Milpark Hospital in Johannesburg.

"Since the accident happened, the team of aircraft accident and incident investigators have been at the site on a daily basis collecting evidence, which will help in determining the cause of the accident," Kabelo Ledwaba, Sacaa spokesperson, said.

"This evidence collection phase is crucial as it helps in defining the size and scope of the investigation as well as estimating the anticipated time frame for the completion of a final accident investigation report. An appeal is made to all concerned to kindly give the investigating team the space and time to conduct a thorough investigation to determine the actual cause of the accident."

The investigation into the cause of the accident was continuing.

We live in a world where facts and fiction get blurred
In times of uncertainty you need journalism you can trust. For only R75 per month, you have access to a world of in-depth analyses, investigative journalism, top opinions and a range of features. Journalism strengthens democracy. Invest in the future today.
Subscribe to News24
Related Links
WATCH | 'The suffering has been enormous' - Netcare mourns healthcare workers killed in crash
Selfless, courageous, dedicated: Medical fraternity mourns workers who died in chopper crash
Doctor who died in the KZN chopper crash had tried to save Jackson Mthembu's life that same day
Next on News24
LIVE | 862 new cases and 31 more Covid-19 deaths in South Africa

Here are your Lotto and Lotto Plus results
Full list of lottery results
Lockdown For
DAYS
HRS
MINS
Voting Booth
When a Covid-19 vaccine for under 16's becomes available, will you be taking your children to get it?
Please select an option Oops! Something went wrong, please try again later.
Yes, immediately!
38% - 4152 votes
I'll wait to see how others respond
26% - 2816 votes
No, I don't think they need it
36% - 3986 votes
Previous Results
Podcasts
PODCAST | MISSING MATTHEW EPISODE 3: Decades of false starts add to a family's despair