Cape Town – The top, in-depth City Press stories reveal the reasons the NPA won’t act on the leaked Gupta emails, what lies in store for embattled President Jacob Zuma and how one ANC presidential candidate will hold looters of state resources accountable.

Here’s what you may have missed.

City Press has learnt that three teams of prosecutors from the National Prosecuting Authority’s (NPA’s) Specialised Commercial Crime Unit (SCCU) have been tasked with providing prosecutorial guidance to the police’s cybercrimes unit and the Hawks’ Anti-Corruption Task Team (ACTT).

But two senior prosecutors, one of whom is playing a leading role in the probe, and a senior Hawks official, say they do not think the emails will be admitted into evidence because prosecutors and investigators believe they were stolen.

"They are like the fruits of a poisoned tree," said the senior prosecutor, who denied any direct political interference in their investigation. – READ THE FULL STORY

'It’s far from over, Mister President'

Another failed bid to oust President Jacob Zuma could see the ANC’s alliance partners teaming up with civil society and taking to the streets.

The planned mass action would also, for the first time, seek to involve ANC members who are disgruntled with Zuma’s leadership, but have shunned previous protests to avoid association with the opposition.

Could Zuma’s luck finally be running out? FIND OUT MORE

I won’t be part of those who steal - Phosa

Mathews Phosa, who has his eye on the ANC presidency, has warned looters of state resources that he would throw them in jail should he be elected president of the party in December and the country in 2019.

He tore apart President Jacob Zuma’s administration for having not launched an investigation into the leaked Gupta emails.

"The Guptas steal every day and nothing happens. When president Zuma is asked about the activities of the Guptas he says we must go and ask them. Who is the president?"

Manana: No place to hide

Last Sunday evening an injured Mandisa Duma told City Press she had learnt that Higher Education Deputy Minister Mduduzi Manana was trying to reach her family to convince them to drop the charges she had laid against him. 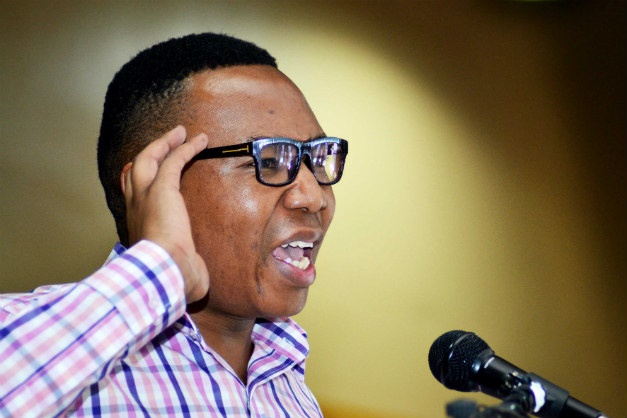 This week, Duma (30), who is the niece of ANC presidential hopeful Nkosazana Dlamini-Zuma, stuck to her guns as Manana appeared in the Randburg Magistrates’ Court on Thursday charged with two counts of assault with intent to do grievous bodily harm.

According to Duma’s brother, Phesheya, "the deputy minister picked on the wrong family".

Zuma – What will happen next?

Featured columnist Mondli Makhanya breaks down a sequence of events that President Jacob Zuma could possibly face in the coming days and weeks.

"The following sequence of events may not make sense to most people, but it makes a lot of sense to those who run the ANC." We live in a world where facts and fiction get blurred
In times of uncertainty you need journalism you can trust. For only R75 per month, you have access to a world of in-depth analyses, investigative journalism, top opinions and a range of features. Journalism strengthens democracy. Invest in the future today.
Subscribe to News24
Related Links
The revolution is under attack – Zuma
'ANCWL failed women of the country' - Backlash as Dlamini seemingly defends Manana
#GuptaLeaks: How Ajay Gupta was trusted with crafting SA’s global image
Next on News24
LIVE | Covid-19 in SA: Cases hit 790 004, as death toll rises to 21 535