No disciplinary processes against Mahlangu, Hlongwa 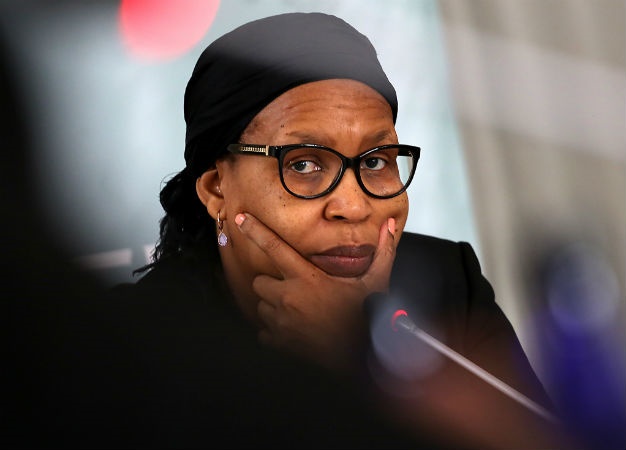 The ANC in Gauteng will not be pursuing further sanctions against disgraced former health MEC Qedani Mahlangu and its former chief whip in the legislature, Brian Hlongwa, after the two were kicked out of its provincial executive committee (PEC) this week.

The ANC's national working committee (NWC) had agreed that the two should be removed from the structure that they were elected to in July following the recommendations of a provincial integrity commission, which advised that they, along with former Emfuleni mayor Simon Mofokeng, should not serve in public office or be in the PEC. It also recommended that they ought to have their membership revoked for a period.

However, both the NWC and PEC rejected the last recommendation insisting that it was not within the scope of the integrity commission's work to address issues of membership.

"Disciplinary processes are about guilt, while the integrity commission is about conduct," said ANC provincial chairperson David Makhura.

The ANC chair, who is also the premier of Gauteng, said the two party members still had pending judicial processes, as a result the ANC couldn't run ahead of state institutions.

Mahlangu was hauled before the integrity commission for her role in the Life Esidimeni tragedy, in which at least 144 psychiatric patients died after they were transferred from Life healthcare institutions to several unlicensed NGOs under her watch.

Mahlangu resigned as MEC in February 2017.

In October, Hlongwa resigned as the party's chief whip in the Gauteng legislature shortly before the Gauteng ANC announced its decision that both senior leaders would not serve in public office but remain on the PEC. Hlongwa has been embroiled in allegations of corruption stemming from his tenure as health MEC.

Makhura's deputy, Panyaza Lesufi, confirmed that Hlongwa would remain part of the ANC's caucus in the provincial legislature but said it would be a delicate balancing act.

"The ANC has to be careful, balance the two, take a precautionary stance because of the seriousness of the allegations, [mean] you can't lead the caucus, you can't lead the ANC but you remain a member until the matter is cleared," said Lesufi.

Lesufi added that if the courts reached a different conclusion, the party would review its stance.

Makhura has hailed the integrity commission, telling journalists it was working well.

He said some ANC members approached the commission without being referred to it by provincial leaders.

"We think of an ideal where all ANC members can clear their clutter on issues of ethics, if you cross the ethical line or you are unsure," explained Makhura.

"There are members who go just there for advice," added the ANC provincial chair.

ANC provincial secretary Jacob Khawe, who announced his resignation as Emfuleni mayor on Thursday, said the decision regarding his predecessor, Mofokeng, who is accused of sexually grooming a minor, would still be dealt with, but once criminal processes around the claims had been resolved.

"We had already asked him to step aside in the political leadership position. The integrity committee endorsed that decision that he must step aside for a period and because his case is in court we will come back and look at processes have unfolded," said Khawe.

We live in a world where facts and fiction get blurred
In times of uncertainty you need journalism you can trust. For only R75 per month, you have access to a world of in-depth analyses, investigative journalism, top opinions and a range of features. Journalism strengthens democracy. Invest in the future today.
Subscribe to News24
Related Links
Qedani Mahlangu, Brian Hlongwa told to step down from ANC Gauteng PEC
No chop for Mahlangu and Hlongwa from ANC Gauteng PEC
Mahlangu, Hlongwa and Mofokeng to appear before Gauteng ANC integrity commission
Next on News24
LIVE | Covid-19 in SA: Cases hit 1 605 252 as death toll rises to 55 012

Lucky Friday for 3 Daily Lotto players!
Full list of lottery results
Lockdown For
DAYS
HRS
MINS
Voting Booth
As South Africa faces down the third Covid-19 wave, how are you keeping your family safe ?
Please select an option Oops! Something went wrong, please try again later.
Staying at home, isolating and being careful
19% - 496 votes
Sanitising and wearing masks when we go out
68% - 1766 votes
Going on as usual, we're not afraid of the virus
13% - 338 votes
Previous Results
Podcasts
PODCAST | Too Many Enemies: Episode 1 - the assassination of billionaire Wandile Bozwana